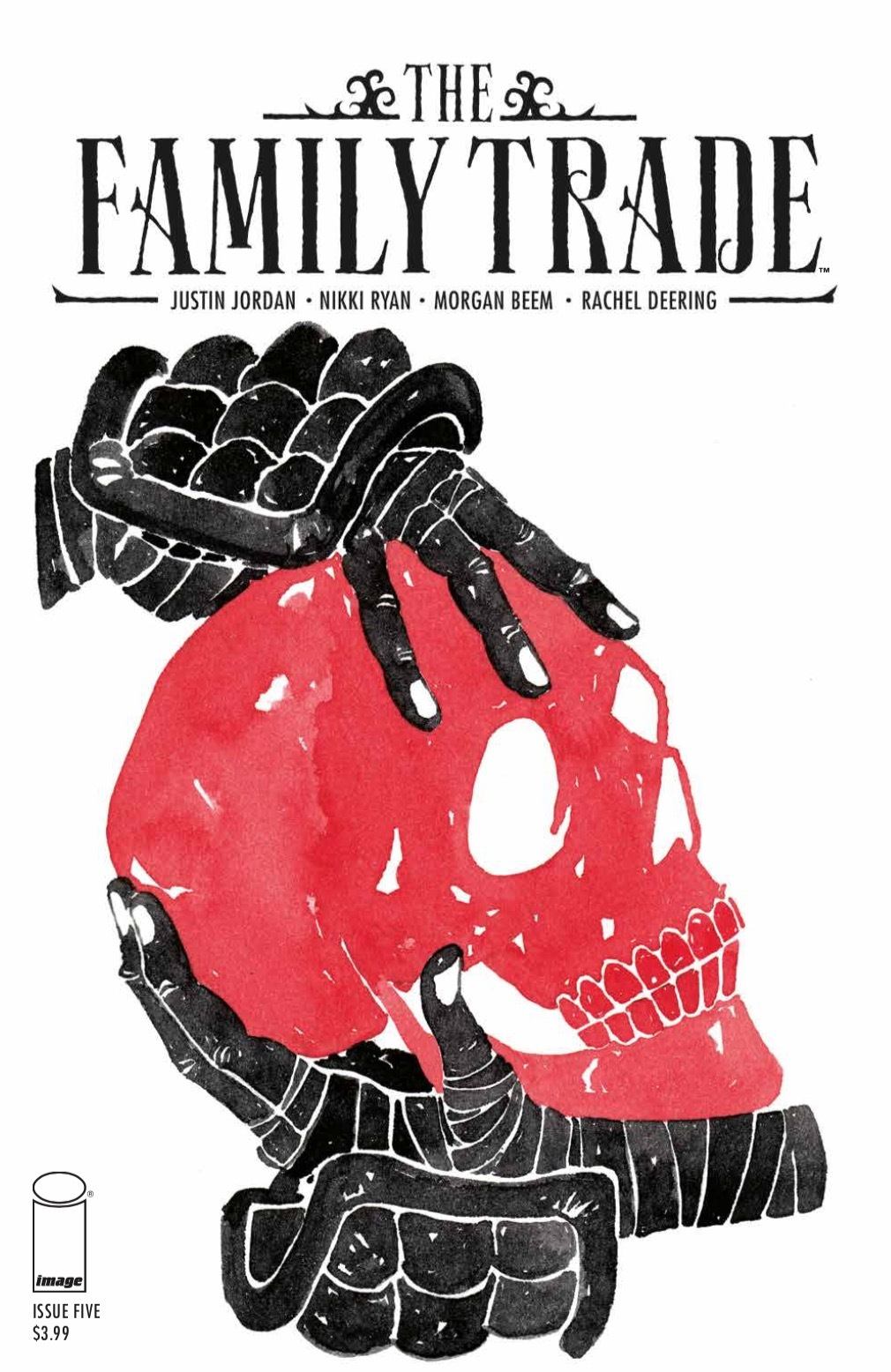 The fifth issue of The Family Trade, at least for now, ends the series in rapid fashion as Jessa learns a bit about the family’s history and her boss shows a bit of old-school skill as the fighter he once was. In their final takedown attempt against the traitor, Christian, and the big bad boss, Berghardt, Jessa uses both strength and wit to fulfill the family’s duty and save the Float. The issue doubles down on its portrayal of the evil despot Berghardt as Donald Trump, ending the series as it began with nearly countless comparisons directly adapted from real life. If I count correctly there’s “no, you’re a puppet,” references to unpaid carpentry bills to contract employees who worked on Berghardt’s hotel, and citing the demagogue as a “useful idiot” in the vein of Russia’s old saying for those like Donald Trump.

The Family Trade goes a step further though as to predict the future, with the people turning on him. They finally recognize his lack of power and lash out at him for his repeated and empty promises, and what he sowed throughout his reign finally comes time to reap. Artistically, the stints of action are quick, but even better is the quippy dialogue as Jessa and the good guys become confident in their success and have some heroic swagger. There are a few distractions, like a typo that says “though” instead of “thought,” but overall the book’s ending is on par with what’s come before it. An added benefit is Jessa back on the rooftops, with one of our unfortunately rare views of the Float from above. 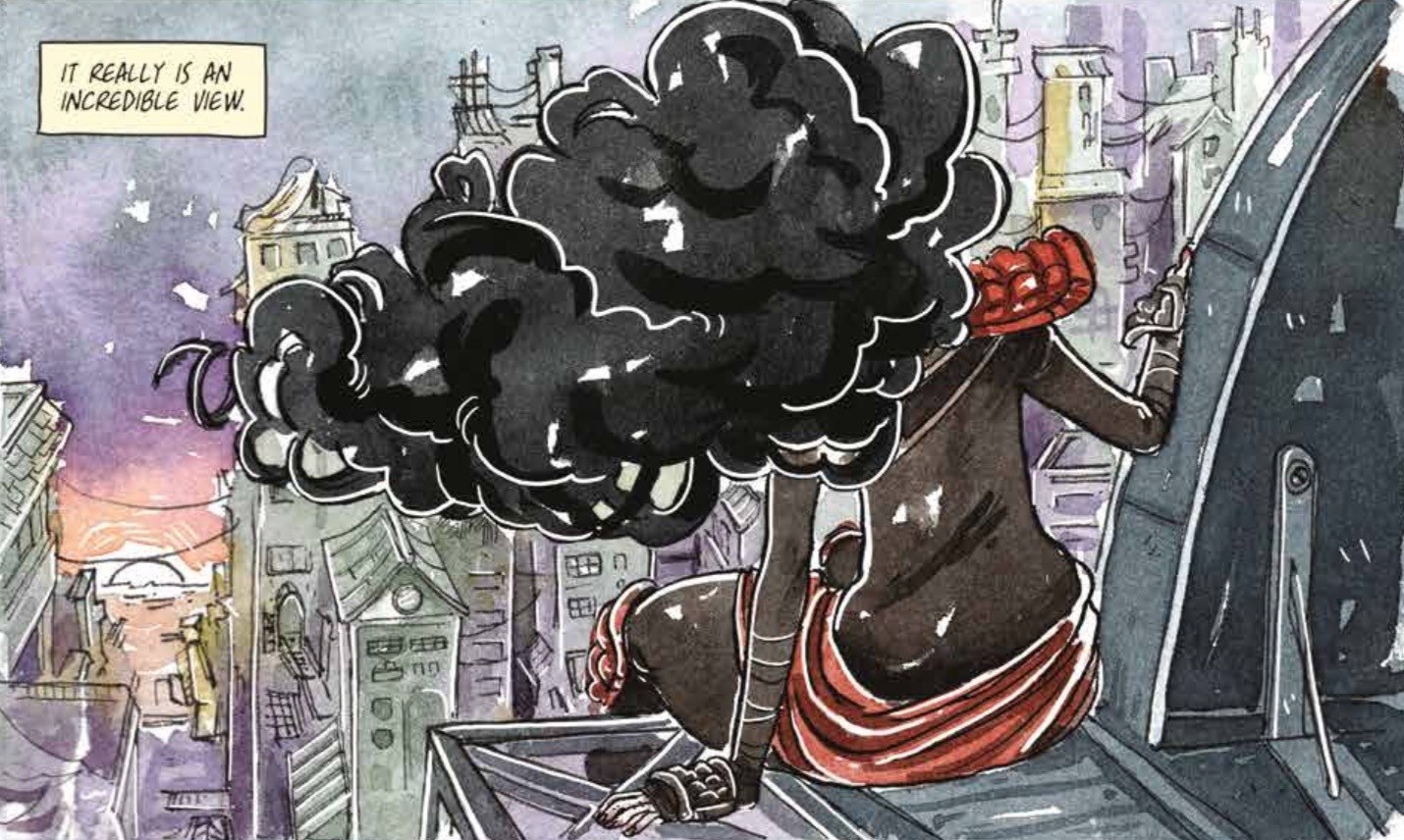 Overall, everything ends neatly, and just desserts are paid — one in typical fashion, and another more creatively. As with many elements of the Float, the family’s history, and this story, there is more to learn should this series pick back up one day in graphic novel form, and The Family Trade has the makings of a long story with a rich world. Its potential may not be fulfilled for a long time, but for now, this first arc will have to do.

Reading The Family Trade? Find BNP’s other reviews of the series here.