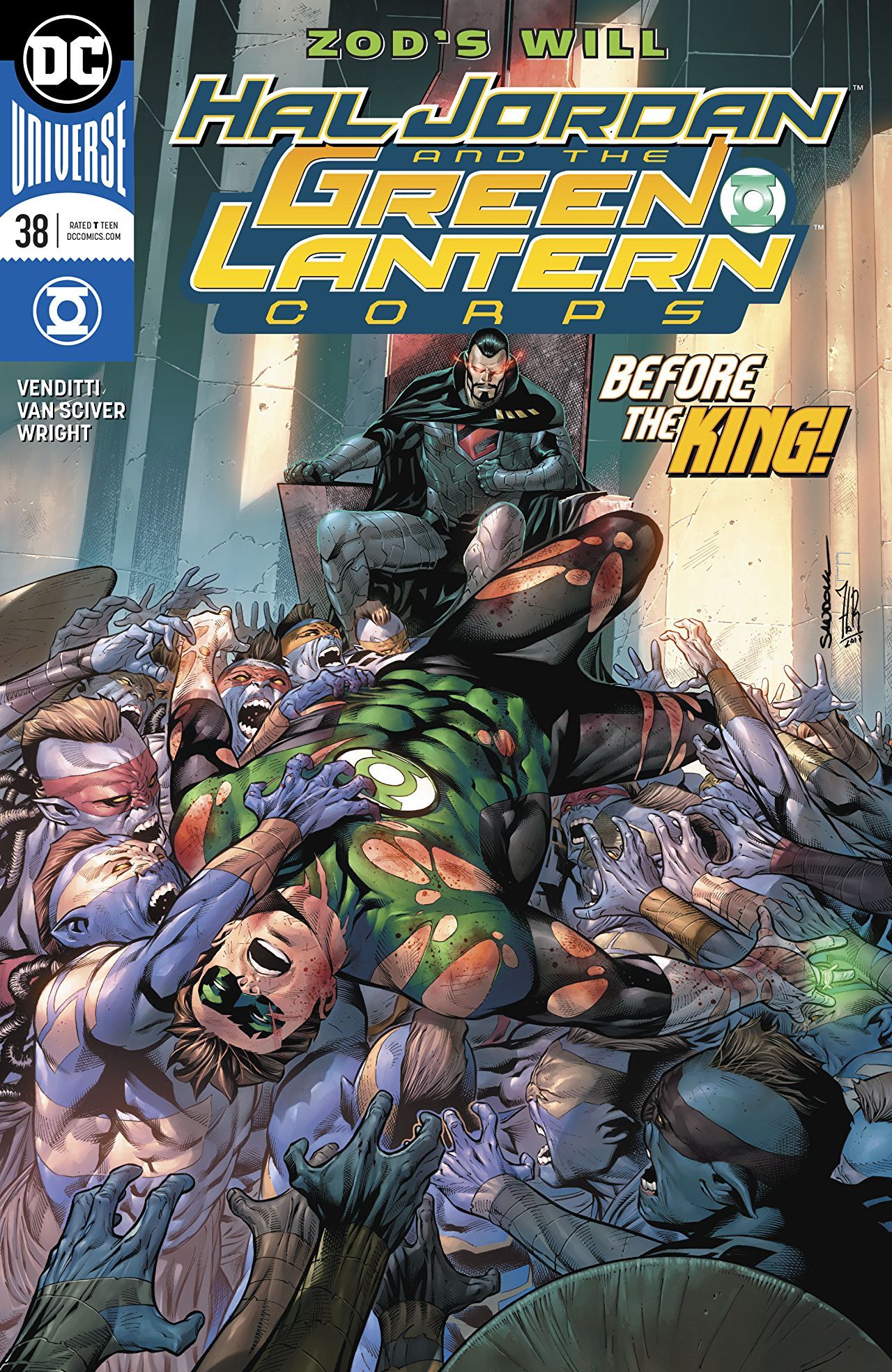 The thing I love about Hal Jordan and the Green Lantern Corps is that it’s not always hardcore married to a classic rogues gallery or “go-to” villains. Robert Venditti dips deep into DC’s well and comes up with under-appreciated or long-niched bad guys and throws them at the Corps with raised stakes and cosmic threats that would obviously catch the attention of space cops with magic wishing rings. The result is a book that doesn’t do much to reinvent the wheel but instead highlights the wheel’s best qualities.

Issue #38 continues with Hal and Kyle getting more than they bargained for while investigating an illegal mining operation. The issue divides the action and exposition fairly as we find out more about what Zod and Co. are really up to. I’ll admit that while it’s not the socially intersectional quality to love about a comic in this climate, I cannot get enough of the bromance between these Lanterns. There are times when it’s like watching the space cop version of Band of Brothers play out. And of course, the real MVP of the book is Hal’s cockiness. The fact that this recurring character (Hal’s cockiness, not Hal himself, mind you) hasn’t become infinitely annoying is a testament of Venditti’s ability to keep it fun and interesting. 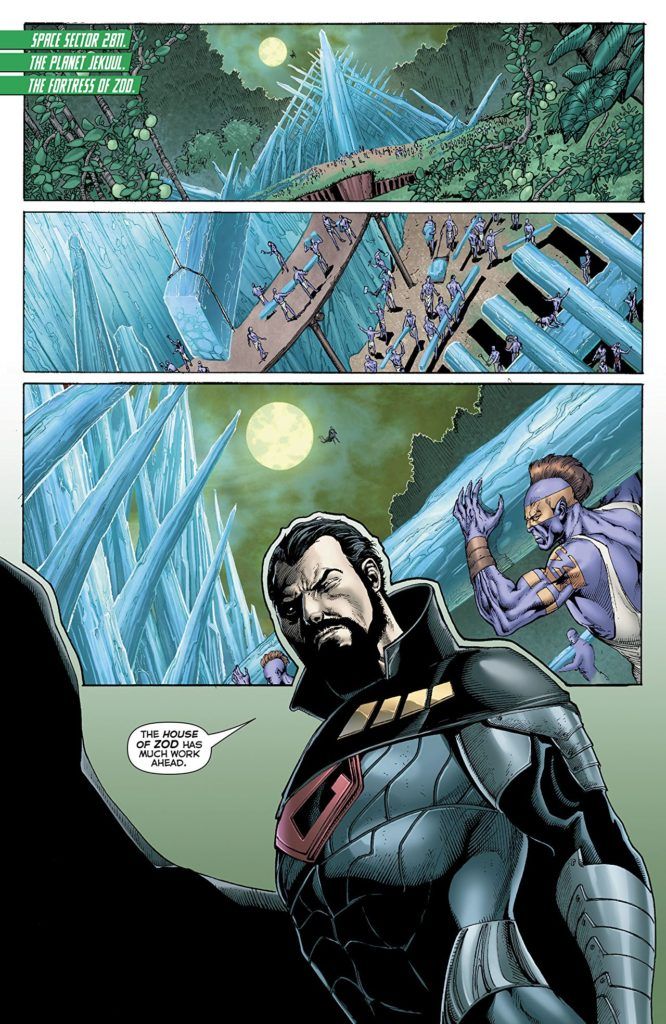 Ethan Van Sciver’s artwork is far better than it’s been in recent issues. He’s come a long from some of the malformed figures we had to sit through earlier in the series. There’s a gorgeous moment when Hal’s ring escapes impound and zooms straight through a character’s head. I wish we could have gotten a few better moments in some of the setting. There’s a scene where Zod is having dinner with his family in a dining room of Kryptonian crystal and I feel like more could have been done to play with the background and make the room look less generic.

Bottom Line: Venditti does a lot to set up what looks like all-out war in the issues to come while delivering some choice Hal Jordan moments that will live in geek infamy. The artwork could have stood to take a few more chances here and there but mostly a solid book.