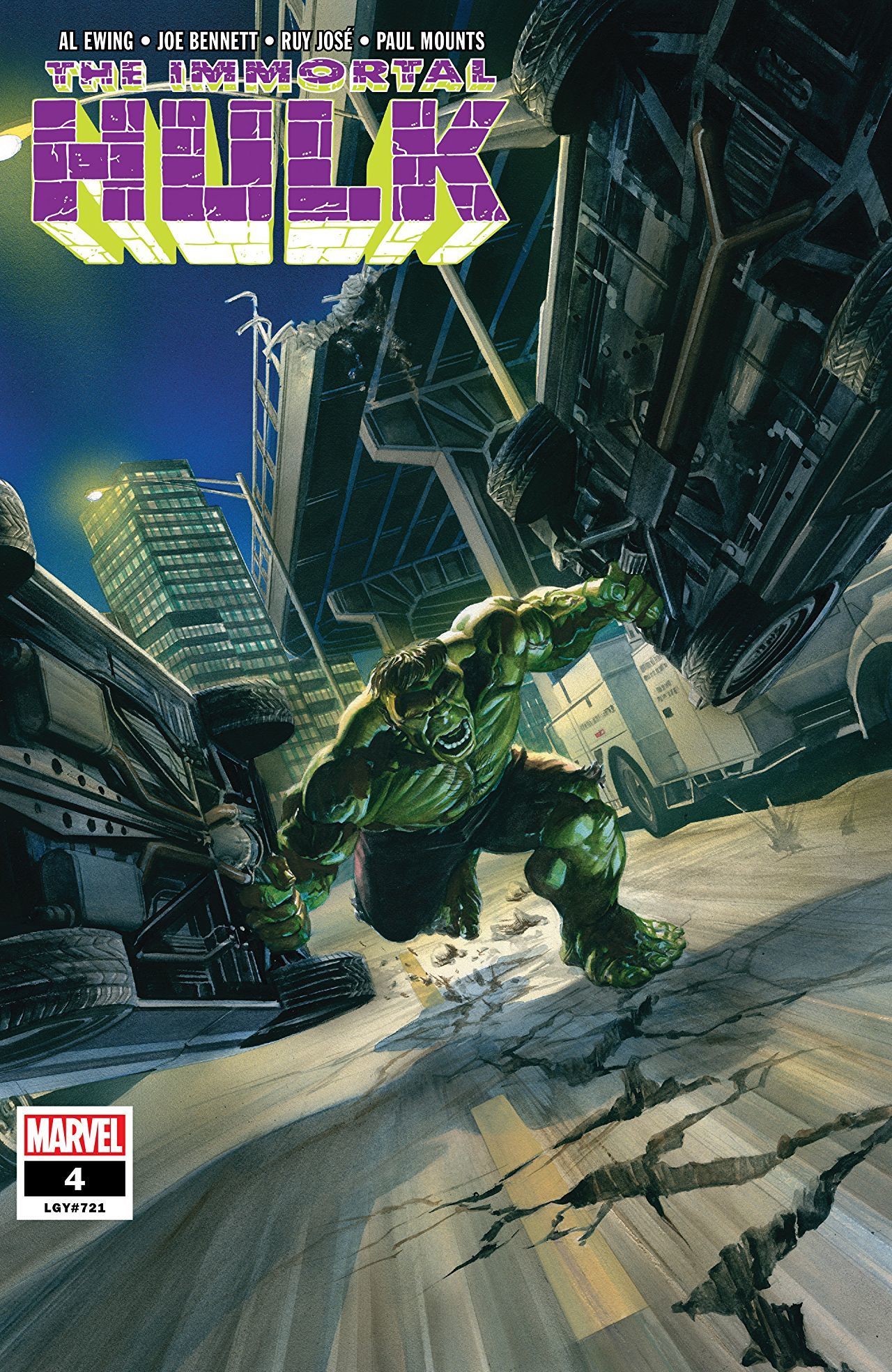 Over the years, there have been many interpretations of the Hulk. However, there have been many versions of Banner as well. Sometimes fear overtakes him, some moments he’s looking for peace, and other times he trying to prove that he’s just as smart of Tony Stark and Reed Richards. So trying to figure out what kind of Banner we have is important. It’s still hard to nail down exactly what type of Bruce we are getting in The Immortal Hulk. 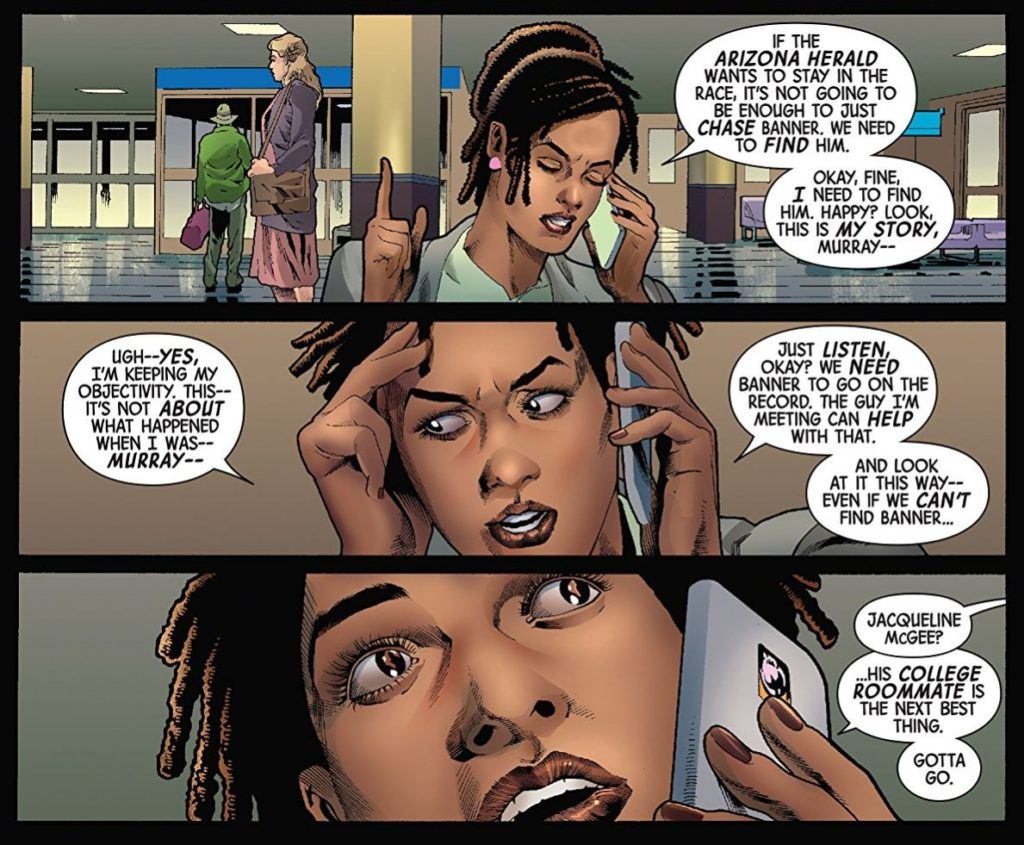 In this issue, we continue the exploits of journalist Jacqueline McGee as she is hot on the trail of Banner. Joining her is Walter Langkowski aka Sasquatch. Through Langkowski, we get a good look at Banner’s past and better insight into the man behind the Hulk. This is also insightful into his relationship to Langkowski. It gives new readers a chance to understand why Banner became the Hulk and why Langkowski became Sasquatch.

While it’s a great look at the scientist that Banner used to be, as well as his insecurities, it’s kind of hard to understand what his motives are now, especially with the Hulk’s new status quo. All we know is that he has the drive to investigate these gamma-related incidents as if the Hulk is pushing him towards it. One interesting aspect of this issue is that we get to see more of McGee. Ewing is planting the seeds of a connection between her and the Hulk/Banner that hopefully leads to something interesting. 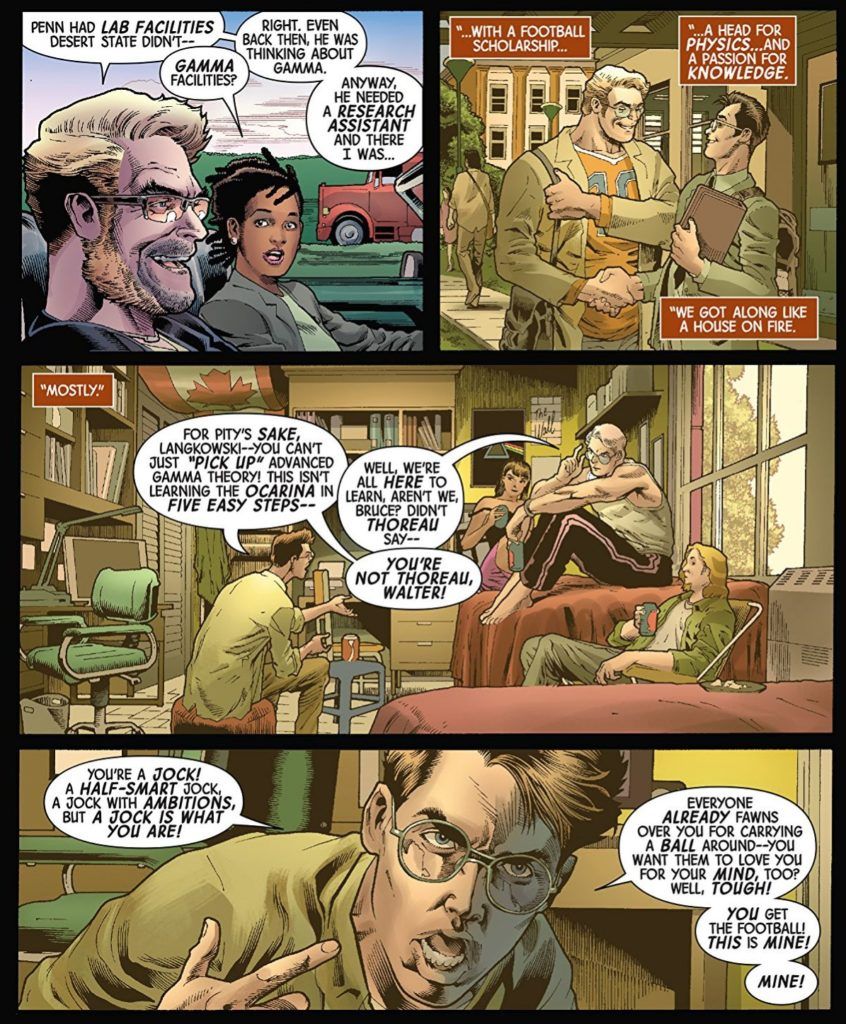 Unfortunately, we don’t get much action but the issue ends on a promising note for what’s to come. Thankfully, Bennett’s artwork provides some interesting visuals during the flashbacks and he works well with expressions. It’s a good sign when a book is able to hold your attention even during the slower moments. The Immortal Hulk continues to impress. I do hope though that Ewing starts to focus more on Banner’s objectives, as well as unveiling the overarching plot.