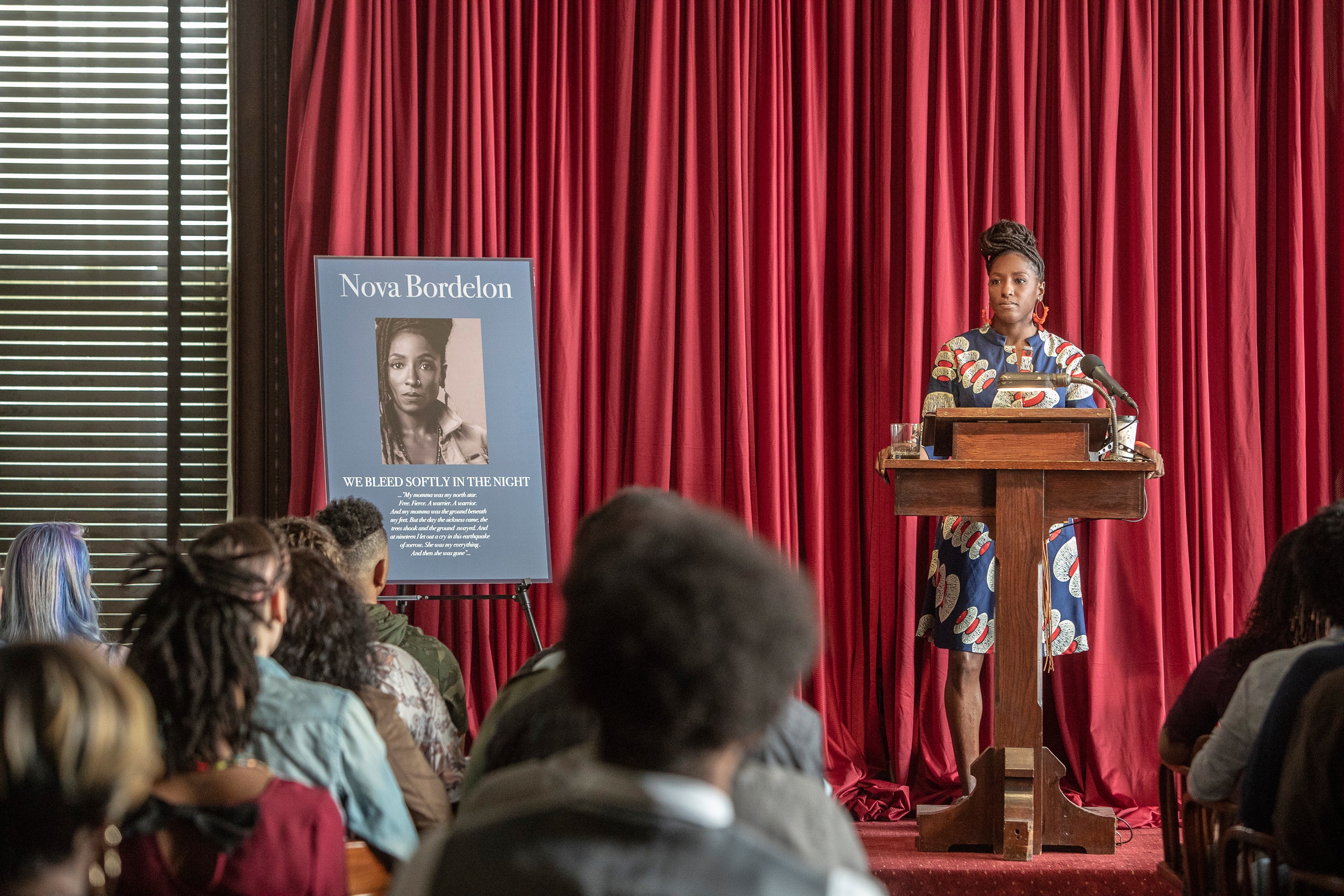 Bad As It’s Ever Been

This episode begins with Nova standing at a podium, reading from the chapter of her book she’d written about Ernest’s depression. As she reads about her family–her mother dying when she was nineteen, her father fighting to farm his land and what his wife’s illness and death did to him–we see the rest of the family in a montage under Nova’s unrelenting voiceover. And, well, it doesn’t look like folks are doing so terribly well.

Charley is watching Prosper, the latest victim of the Landrys’ misery, decline physically while he stays in her home. Ralph Angel is looking over the paperwork Darla gave him, still broken at the prospect of having to fight her for custody of Blue. Meanwhile, Micah has not stopped freaking out that the fire at the plantation is going to be traced back to him and his friends. Violet’s dealing with a butterfly-shaped rash on her face, a tell-tale sign of a lupus flare, and Darla’s….

Wait. What the hell is Darla doing, sitting in a car in some desolate part of town watching an alcoholic wander by with a shopping cart? Is she trying to score? This isn’t how we’re going to resolve this conflict, is it? Reactivate her addiction to get her out of Blue and Ra’s life for good? I hope that’s not where this is going.

The arson at the plantation is still big news in town. At school, Keke and Micah are talking about it. She feels like the fire was disrespectful–if someone was going to burn something down, why not the big house? The girl’s got a point, but of course the fire was an accident, and she has no idea Micah was there. When she dips out with her friends, Micah meets up with his. Turns out Ant got a visit last night from the police. He says he didn’t tell them anything, but the cops must know something if they’re showing up at his crib.

Charley has called a meeting with Colton Landry, Sam’s son, at what looks like a private club. He’s dismissive right out of the gate–telling her that whatever she has on him, his wife already knows. And furthermore, he’s a Landry, not a Boudreaux; she’s got five minutes. But Charley came very prepared. She wants all his shares in Landry Enterprises, which comes to 10% of the company. He offers to pay her double whatever he thinks she’s paying his mistress because he still doesn’t get it, which is when Charley hits Colton with the truth: She has evidence he’s been using a shell company to launder money for his old fraternity brothers. This isn’t just an embarrassment like his philandering. This is a federal crime that would bring scrutiny to every nook and cranny of the family business and ruin his father. He offers her half his shares, 5%, but Charley did not come to play with these bros. She wants all his shares. “You can take your daddy down, or I can take you down. Your choice.” Damn, Charley. 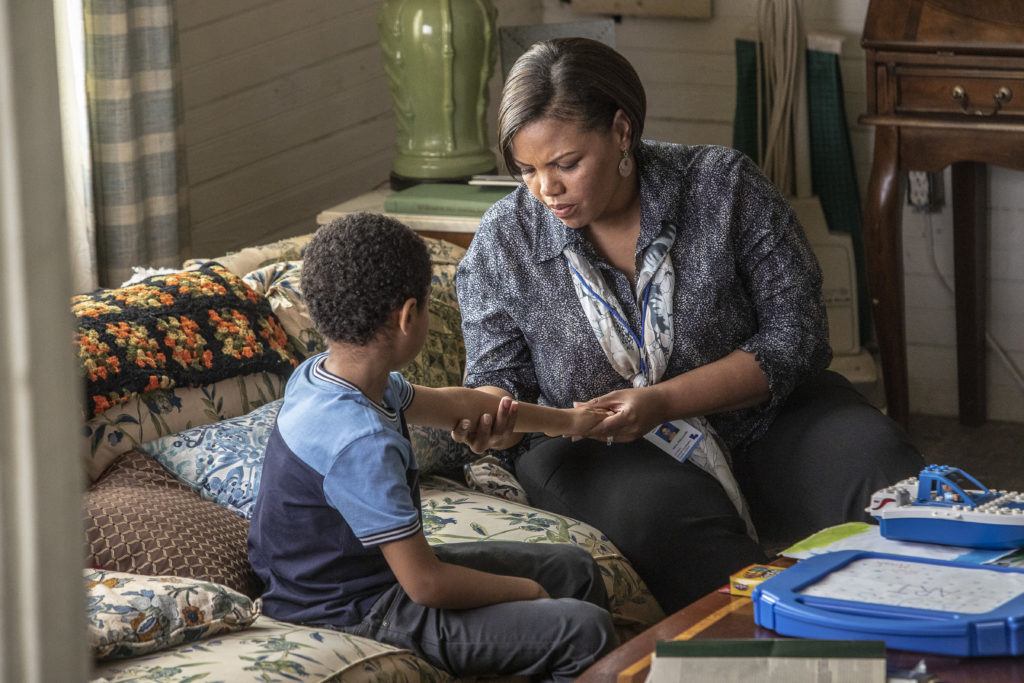 On the farm, Ralph Angel responds to a knock at the door and finds two women from the Department of Children and Family Services on his porch–escorted by a sheriff. They’ve come out for a surprise home visit after receiving a complaint–but, of course, they won’t tell Ra who made it. One woman sits in the living room interviewing Blue about his life with his dad–what he had for breakfast, whether his father usually wakes him up in the morning to get ready for school, that sort of thing. Ra is in the kitchen with the other social worker, fuming, especially since they won’t tell him who made the complaint. When she asks him about his criminal record, he loses it. “Who said I’m not a good dad?” It’s a tense moment, with the officer ready to flex if Ralph Angel does anything, but Ra sits back down.

Violet is at her house working when Hollywood comes through to take some pies for delivery. She notices that he seems distant and distracted instead of his usual self. A bit later, Violet’s assistant mentions that she’d read Nova’s essay about Ernest that was published in The New Yorker. Vi hasn’t read it and takes a look at a copy. Uh oh. I had a feeling she wouldn’t be excited about Nova disclosing her family’s business like this. There are things we don’t talk about, and mental illness–depression–is one of them. It’s a problem.