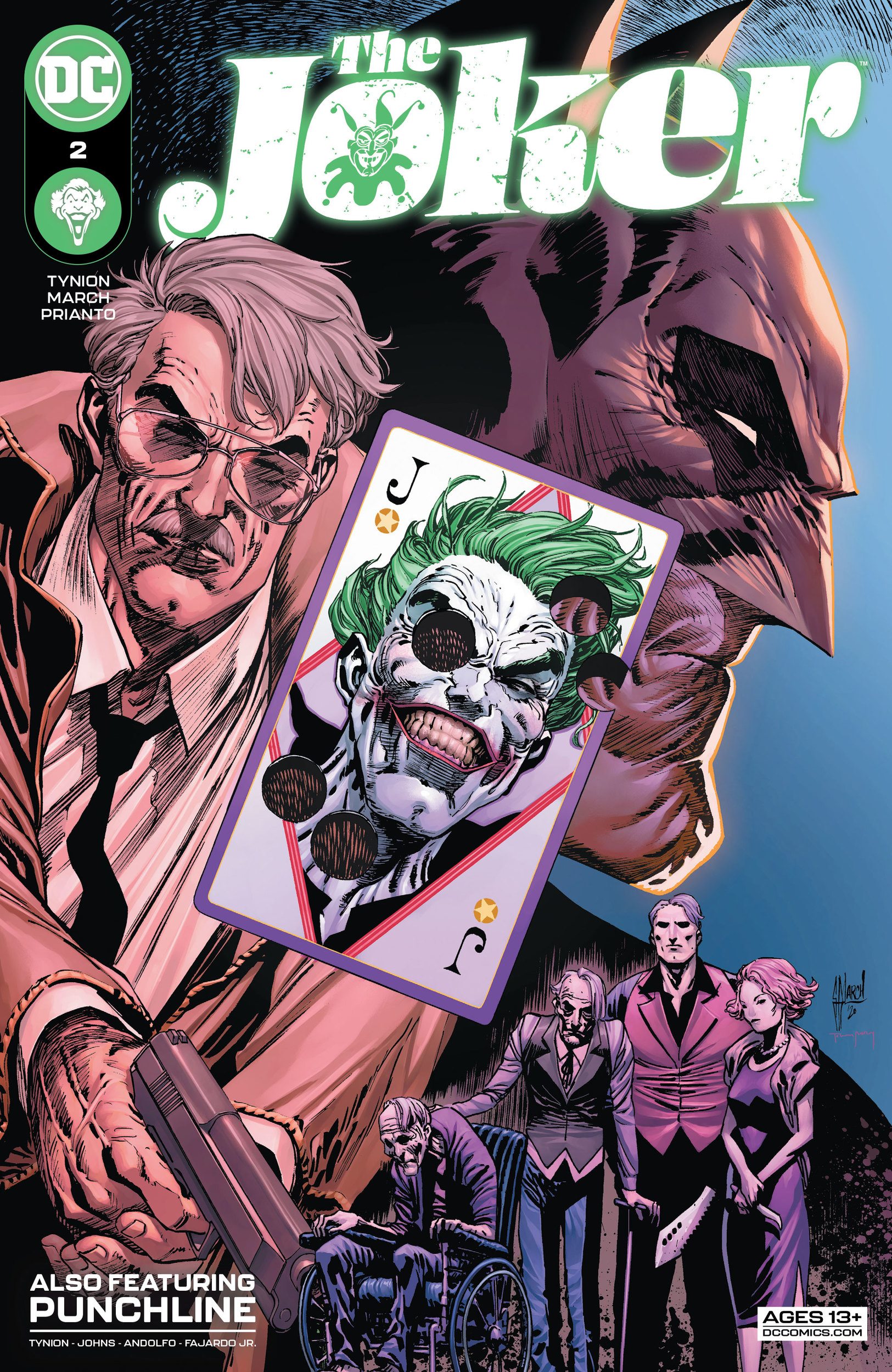 Last issue featured Jim Gordon being approached with a mysterious offer: To kill the Joker for money. You might think that Gordon would turn this deal down instantly. But this Gordon is broken. His son is dead, and his daughter has an implant in her spine to keep her from being paralyzed. The person responsible for those two things? The Joker.

So, you can’t blame Gordon for thinking about it.

And that’s exactly what he does in issue two. Most of this issue follows Gordon as he grapples with the offer that sits in front of him. He reaches out to Batman but doesn’t tell him about the killing part. The two devise a plan for him to capture the Joker. But he’s still not sure he wants to capture him.

As Gordon and Barbara conceive and solidify the plan, the rest of the people that the Joker has wronged gear up for an all-out assault on the Clown Prince of Crime. Meanwhile, my dude is tanning on a nice secluded island, ready for anything that may come his way.

I said this in the first issue, and I’m saying it again. This book may be called Joker, but, at least so far, it’s really about Jim Gordon. And for now, that’s working. The dialogue and narration are a little on the heavier side, which leads to a longer read. But I really feel like I’m getting to know this Gordon a lot more than we have in recent years. This is the type of book that is showing his growth into something more than the pillar of morality that we’ve come to know him as. So, I welcome the abundance of words on the page. Gordon has changed, and this is an effective way to convey that.

Guillem March is really great at conveying Gordan’s physical stress. All the years of cigarettes and compounded grief live within the lines of his face. He’s old, but you get the sense that he looks the way that he looks because of what he’s been through, not because of how long he’s lived.

In a short at the end of the issue, we get the continued story following Harper Row as she tries to figure out what Puncline is planning while behind bars and on trial for aiding the Joker in multiple murders.

8 Makeshift Bat Signals out of 10

Reading The Joker? Check out BNP’s other reviews here.