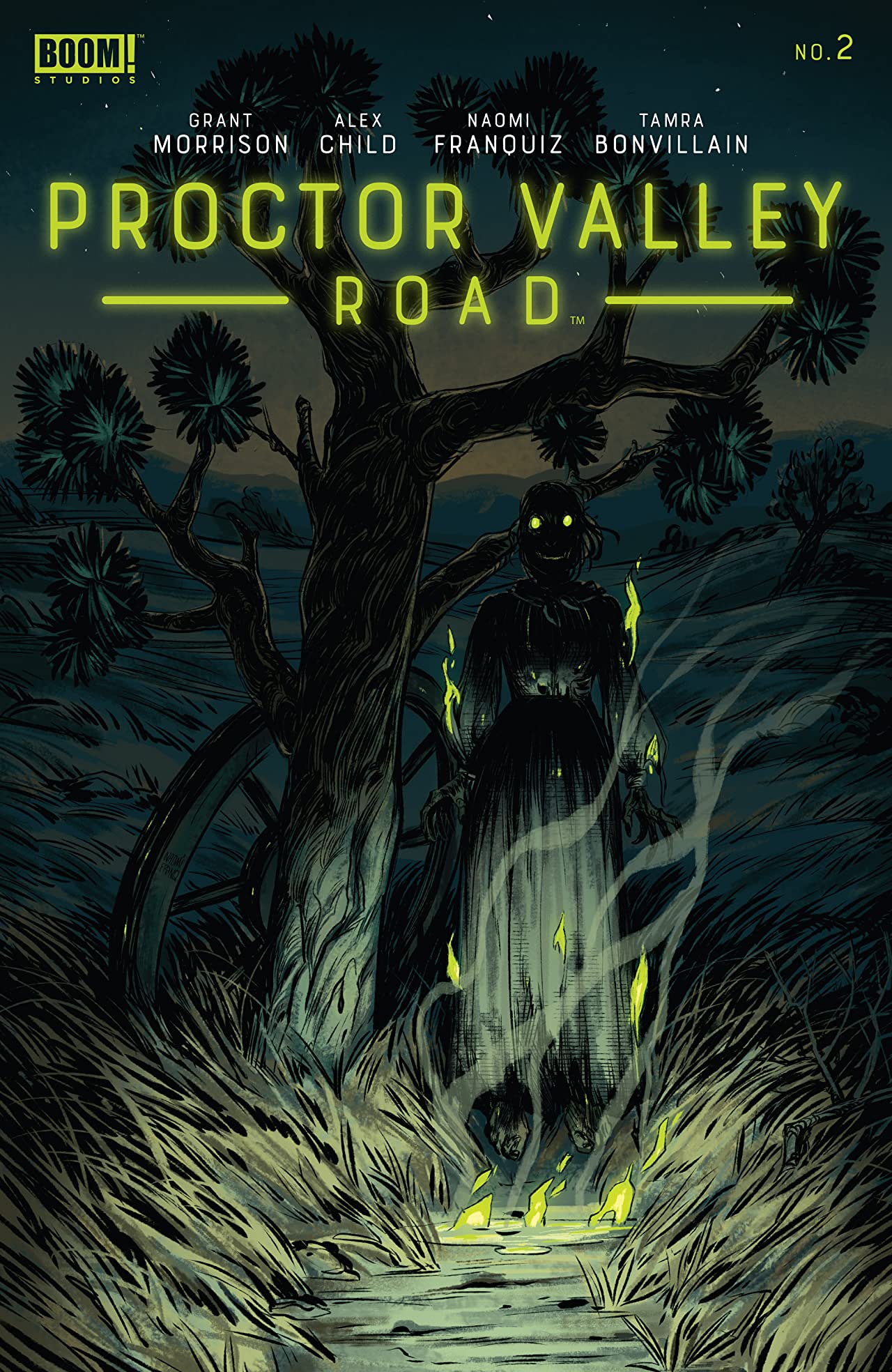 Proctor Valley Road exudes this fantastic energy. August, Cora, Rylee, and Jennie-o are these absolutely endearing characters that each carry themselves with very different aplomb where it’s August coyness, Cora’s attempt as asserting herself, Rylee’s indifference, or Jennie-o’s outspokenness. The first page alone is a succinct character study and one that very elegantly eases us back into the world.

Fresh off of being interrogated, the quartet find themselves trying to uncover the mystery behind the titular location in a very Morrison-esque manner. Child and Morrison work well together, keeping the narrative a little more grounded then Morrison’s usual ventures while still keeping the weird otherworldly aesthetic they are known for. The dialog remains sharp and poignant and there are so many wonderful character moments that are further reinforced by Franquiz’s artwork.

We essentially get various vignette’s of the characters in and out of school, further establishing their personalities and their personal conflict outside of the larger threat of supernatural monsters occupying a stretch of road. It makes for straight up good fiction and phenomenal horror fiction. There is a great balance of humor, serious reflection, and tense “grip the page tighter” scenes throughout the book. Franquiz’s versatility as an artist is on full display, juxtaposing small town 1970 aesthetic with wonderful creatures and ghost that really pop off the page in the best way.

The story is fun, the themes are well represented, and the execution is on point. There’s really not more to say other than this is quickly becoming a must-read comic. There is a tightness in the storytelling from both a writing and visual perspective that can’t be overstated, while still being ambitious and taking big swings to get the dramatic reveals to land and I for one can’t wait for the next issue.