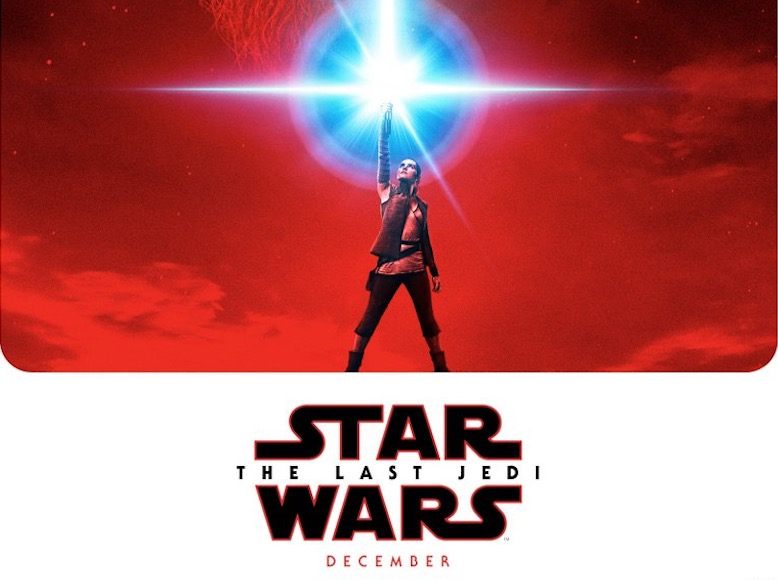 The Star Wars Celebration happened in Orlando, Florida and we got an entertaining panel featuring the cast of The Last Jedi hosted by Josh Gad. Mark Hamill — a fantastic storyteller in his own right — did his obligatory teasing the fans about the identity of Rey’s father and The Last Jedi writer/director Rian Johnson wowed everyone with an awesome teaser poster.

Oh, by the way, there’s also a trailer. Did you hear me? There’s a trailer. OHMYFREAKINGAWDAREYOUSERIOUS, THERE’S A TRAILER FOR THE LAST JEDI! And folks, it is absolutely everything a human being could need from a 1:30 teaser. Everything comes by about a mile a minute, but we’re given plenty to snack on for a while. There’s new ships, new speeders, we get what looks like an epic fight between the Resistance and the First Order. There’s a small glimpse of Rey’s (Daisy Ridley) force training under what seems to be a less than hopeful Luke Skywalker.

Star Wars: The Last Jedi opens in theaters December 15, 2017. Now, if you will excuse me, I’ll be somewhere crying from pure happiness.