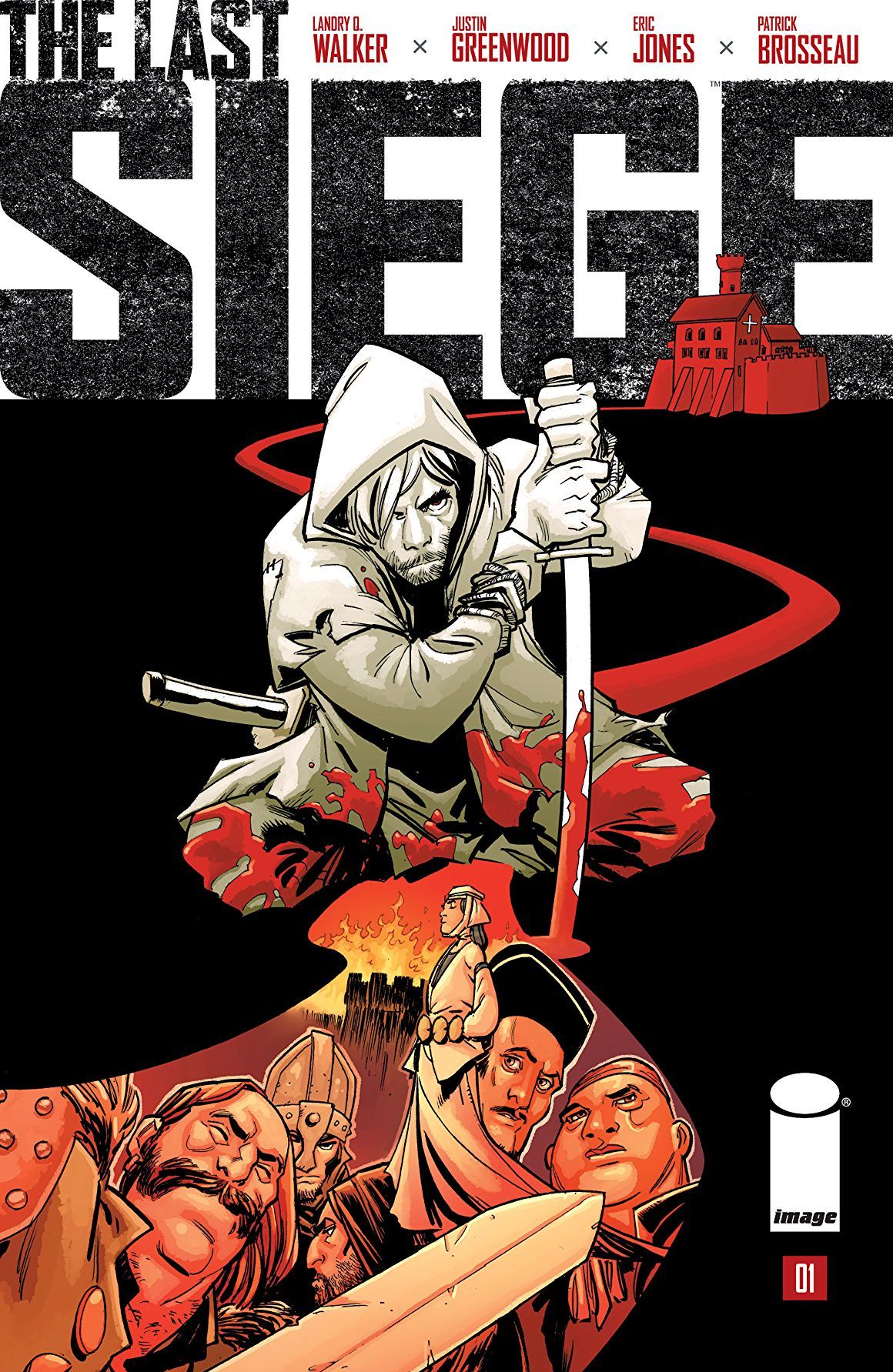 With Game of Thrones skipping this year, you got to get your medieval fix somewhere. That’s where The Last Siege comes in. Whether or not it’s going to live up to that comparison is yet to be seen. However, dark and dreary mixed in with a hint of old-fashioned political drama is a great start.

The premise of The Last Siege sees us follow a land in the west that’s been at war for the last five years with a king from across the sea. By the time our story starts, the west is on the losing end of that war, with the final kingdom having just been defeated and their king dead. All that’s left is the young heir, a little girl who is about to be married off to their conquerors. 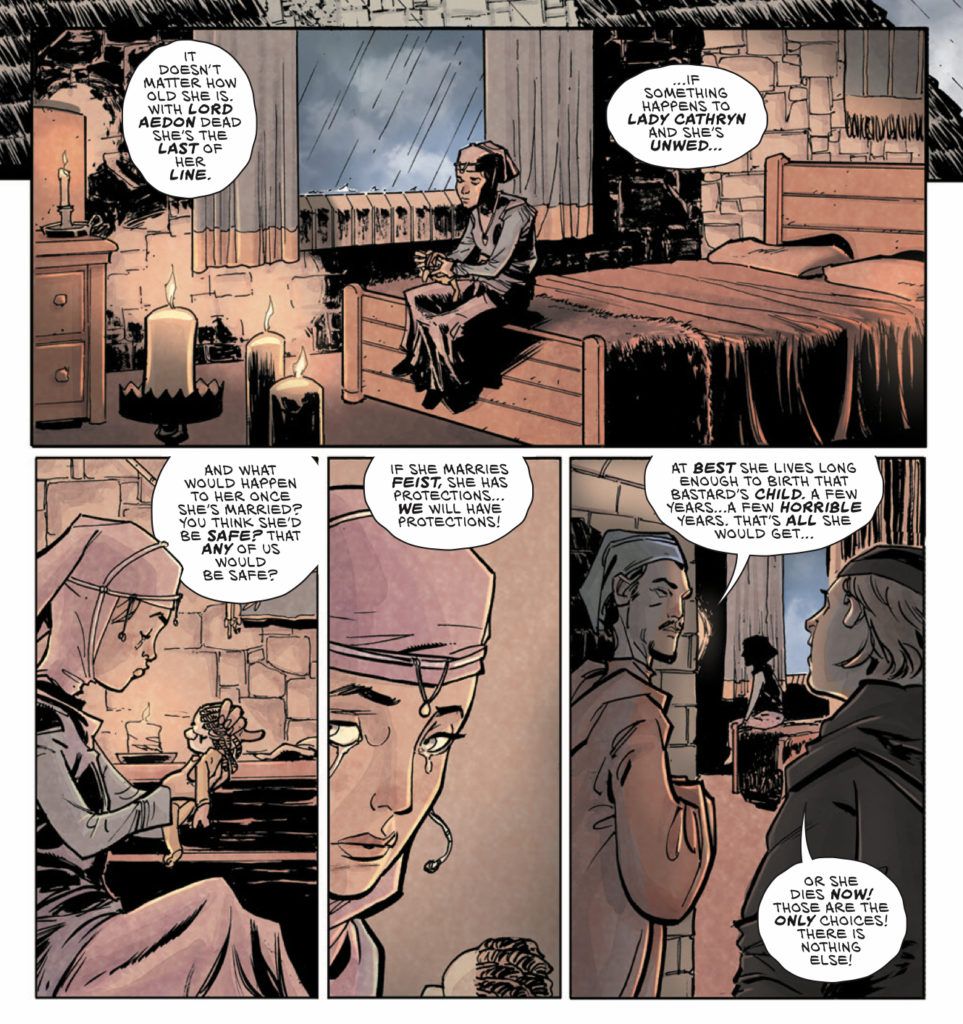 While not much is revealed about the world other then the general background given to us and what we see in the book, this first issue is pretty enjoyable. What I like most about it is that it nails down that gritty medieval tone that we’re looking for in this type of genre. I’m talking desperate kingdoms, douchebag conquers, and down and dirty fights.

What I also found appealing is that while the first issue is pretty short, we already gets hints of the drama that’s about to unfold. Nobody seems completely trustworthy, our main character is the right amount of mysterious and the premise lets us know what the stakes are. The way the books ends does leave me excited to see more.

What I can’t put my finger on is how far the book will go or if it will hit those high points that shows like Game of Thrones are known for. Granted, we just meet our characters, but we don’t know enough about them yet to care. I’m sure as the book continues, we get to know our main protagonists and the world opens up we will end up more invested in the lives of these people. Though writer Landry Q. Walker deserves credit for making everything in this first issue so easy to understated. 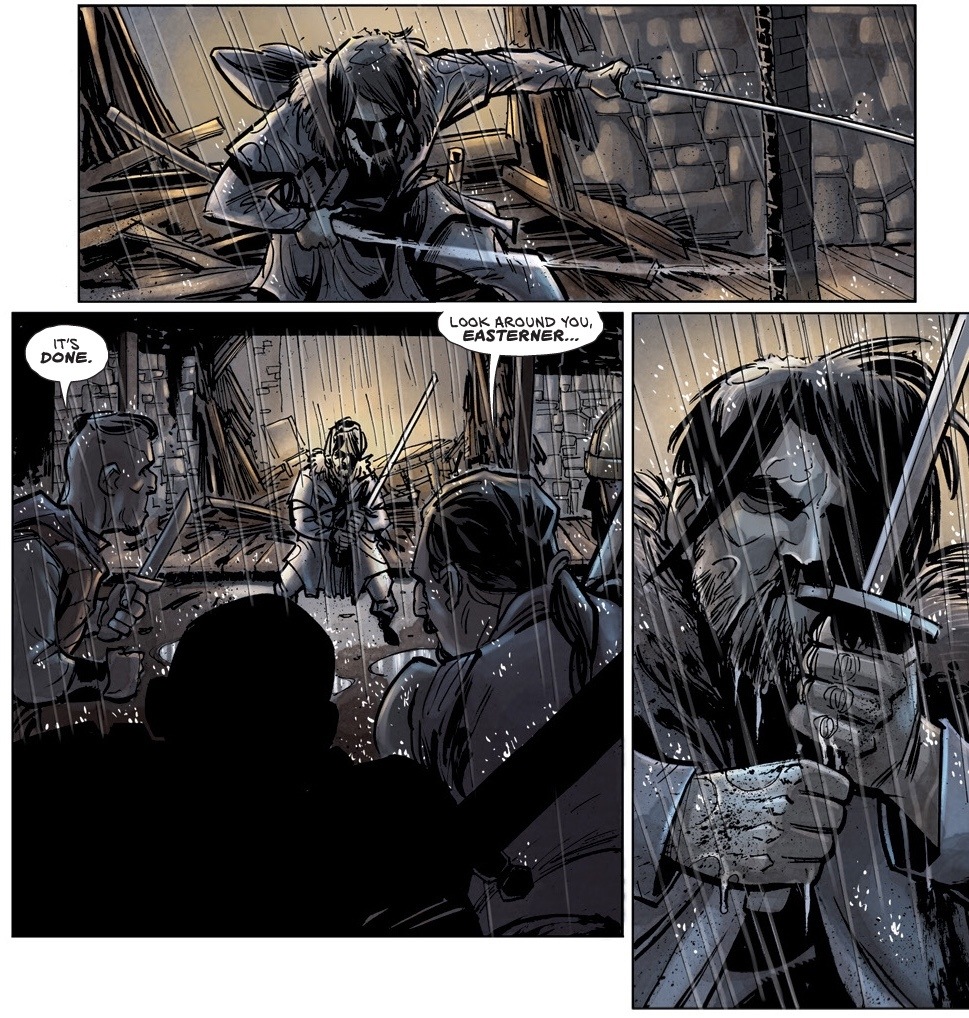 I’m optimistic after the first issue. Solid art by Justin Greenwood nails the vibe – muttonchops, pecking ravens and all. He also does some kickass action scenes, which is always a plus in my book. I just hope that Walker isn’t afraid to take this book as far as it needs to go to deliver that shocks and awes that we deserve. I need that drama, that shady backstabbing and them twist and turns at every corner. Now, all I need to know is when is our mystery hero gonna let that samurai sword bang?

8 Samuari Swords in a Medieval World out of 10