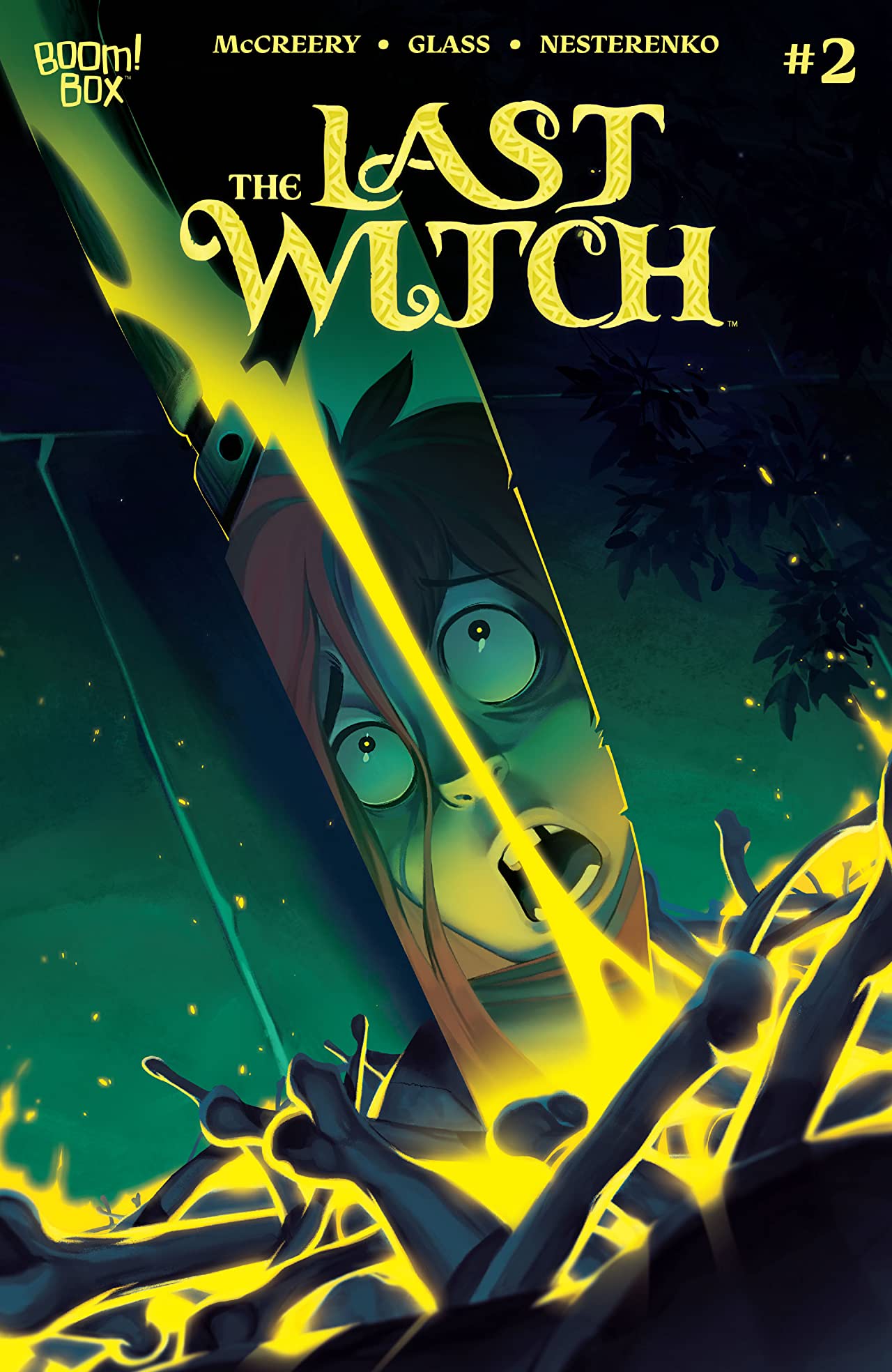 The last issue of The Last Witch felt like your run of the mill fantasy story. V.V. Glass had illustrated a beautiful world where McCreery’s Saoirse was a likeable enough protagonist in a world that kept hinting that there was something much more intriguing in the background. And there are a few feelings as satisfying as being rewarded for sticking with an issue and have those hints manifest into something truly captivating.

As Saoirse enters the Witch’s lair, the tonal shift is abrupt and unnerving in the best way. The dungeon is dark with much more ominous colors and when Saoirse sees the witch preparing to cook her brother Brahm, there’s a clear invocation of old fairy tales. And then the witch turns around and shows her literal teeth and that’s when the series shows off its full range. We had the idyllic fantasy countryside. Now, we have a true juxtaposition of dark magic, and suddenly Saoirse’s Witchmark is a much more pressing mystery and things just click into place.

McCreery’s sense of horror and drama is much more prevalent in this outing of the series, and the pacing picks up significantly. Exposition feels tighter, the dialog feels more intense, and the plot moves forward much faster. It’s a weird conundrum of comics, how much of the world you layer into the first issue versus subsequent ones, but the structure here works largely because of the extreme shifts in tone that is held together beautifully by V.V. Glass’s artwork. The transition into and out of the witch’s lair is this masterful interplay of light and shadow that sets up the conflict of the world wonderfully.

The arc of The Last Witch has a much clearer direction and distinguishes itself through its intensity. The familiar tropes are played up perfectly and there is a fuller spectrum of darkness and optimism that is laid out. I’m now fully invested in Saoirse embracing her legacy and watching the world evolve around her.

Enjoying The Last Witch? Check out BNP’s other reviews here.