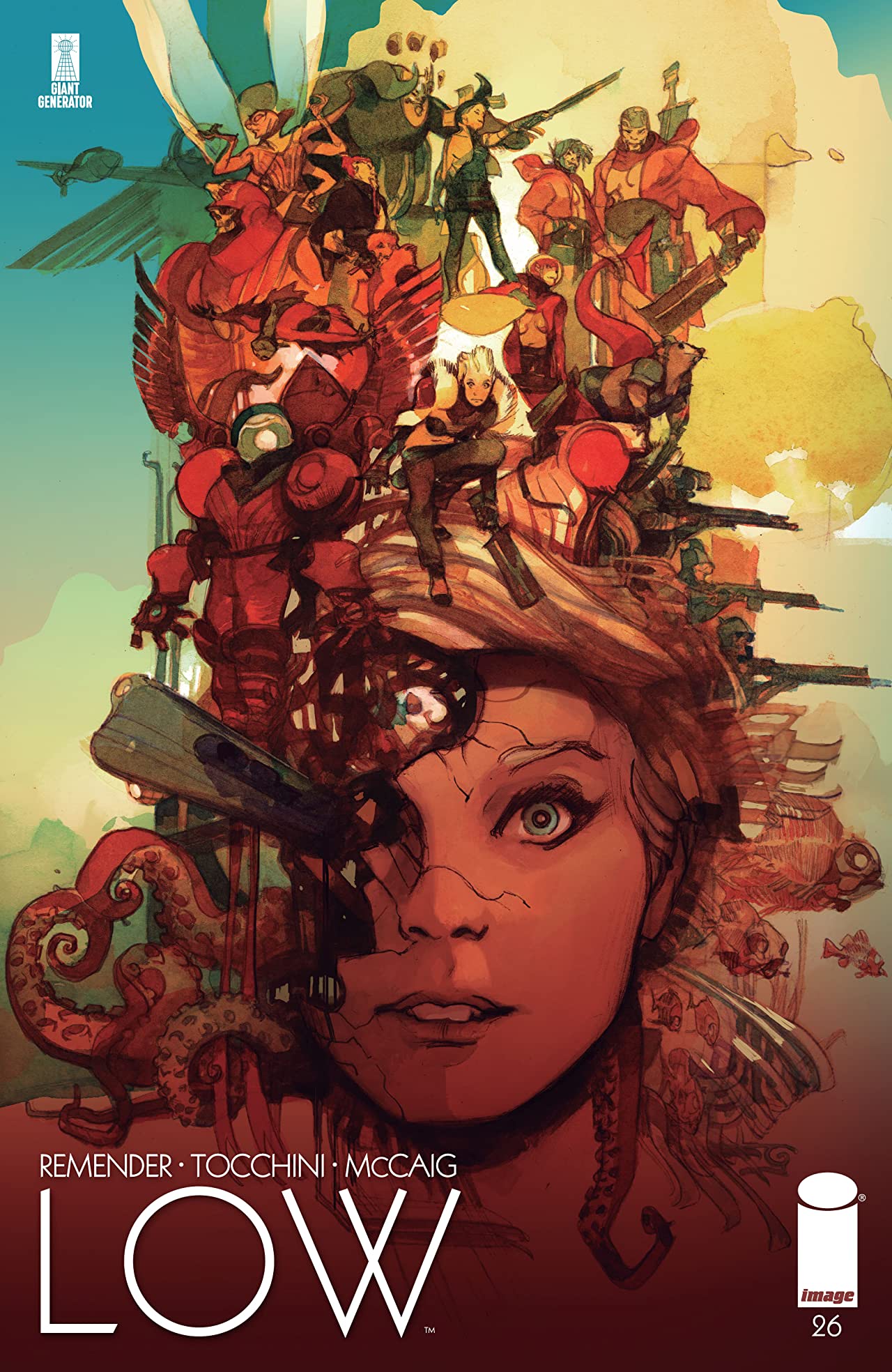 I say this without a hint of sarcasm or exaggeration, but the finale issue of Remender and Tocchini’s Low is perhaps an all time series high. The epic conclusion of a series that has been on-going for six and a half years has finally come to an end, and it is a beautiful end at that. One that takes creative risks. One that reiterates the overarching themes with elegance and aplomb. One that feels oddly satisfying and conclusive. Stel and Della’s journey comes to an end this week, and Remender and Tocchini give them the best send-off possible.

And they start off by allowing letterer Rus Wooton an opportunity to let Remender’s words speak from themselves devoid of any artwork. The scrawled letters of the familiar narration are the things we see as readers as the usually colorful and vibrant series opens up its last issue with plain text. But the text placed in the empty void of a blank page is in itself a clever meditation. And when the page turns to show Tocchini’s familiar pencils and McCaig’s colors, it hits that much harder.

The final confrontation between Stel and the Helm King lives up to the hype and the wonderful sci-fi actions sequence is a wonderful capstone to the series as a whole. All of the foreshadowing pays off and I refuse to say more because whether or not you’ve been following series, you deserve to experience the conclusion for yourself. But just know that Tochinni’s artwork is as beautiful as ever, and Remender’s prose is literary gold that I could see myself getting a tattoo. Yeah, it’s that good.

It is a satisfying ending that hits all the right notes. A somber, sobering type of optimism that feels so very appropriate for 2021. Low was one of the first indie comic book series I started reading when I was first getting into comics and to be able to see it through to its bittersweet end and to have that emotional catharsis means a lot to me as a reader and reviewer and fan. This is resonant series that’s left an impression and let this review remind you to pick it up one final or first time.