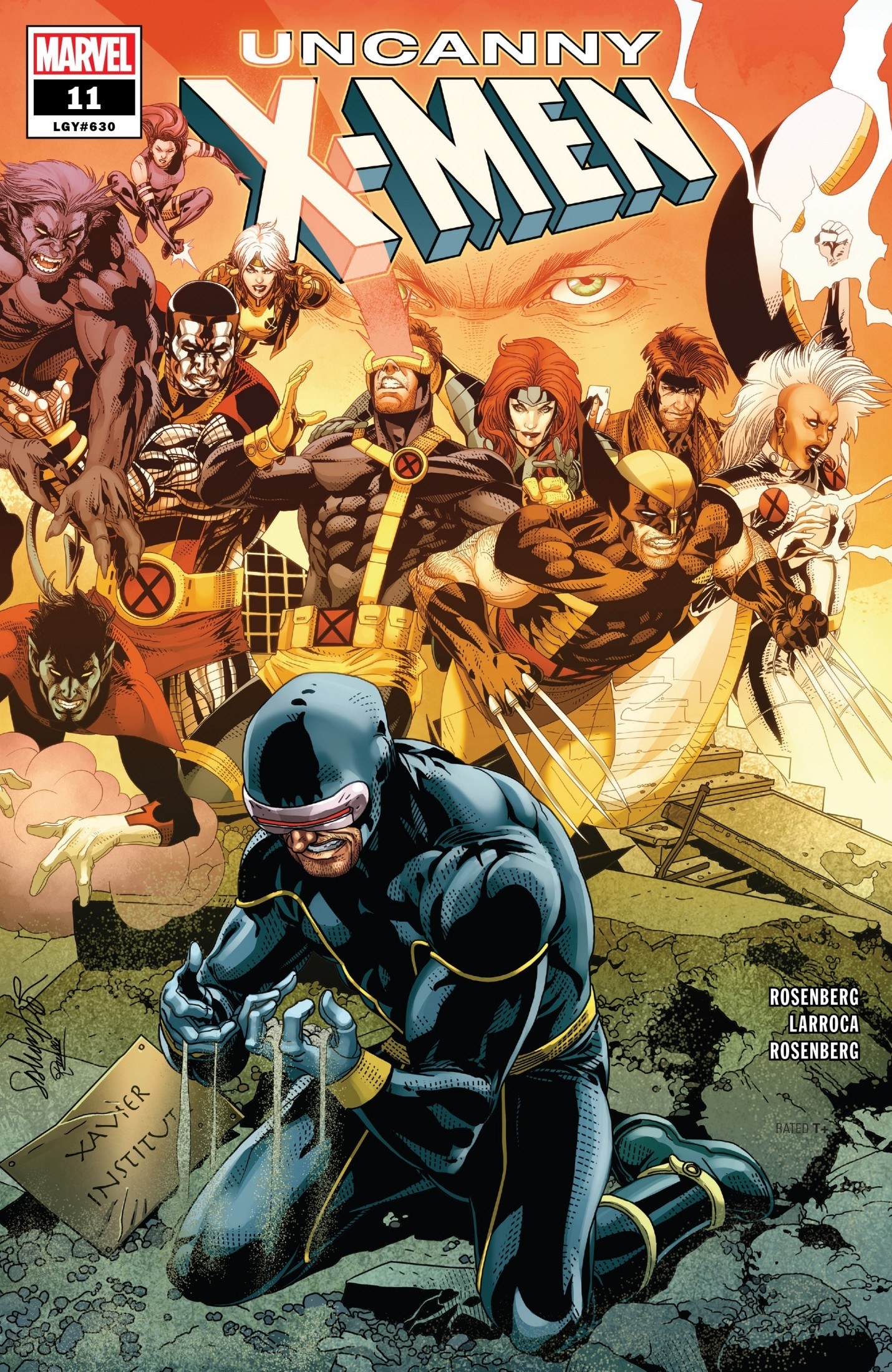 “This is the last X-Men story.”

The best way to tell an X-Men story involves putting them in the worst possible situation at the worst possible time.  In this case, nothing could be grimmer for the Children of the Atom than bigoted humans getting their true desire – the extinction of the mutant race and the disappearance of those divided factions – the Brotherhood, the Mutant Liberation Front, and the overwhelming majority of anyone wearing an “X.” This is indeed that story – a well-constructed, 72-page issue told from the vantage points of Cyclops, Wolverine, and Blindfold.

Any and all mutants present during the battle with X-Man on the beaches British Columbia vanished, along with Nate Grey himself, to a parallel universe that you can only follow in the Age of X-Man multi-series event. Meanwhile, in the good old 616, humanity rejoices as the mutant threat is finally extinguished.  Any and all mutants left alive in NYC are in hiding, or in line to be vaccinated.  Cyclops returns to NYC in search of soldiers and comrades to carry on the dream, but in the eyes of the humanity, Mr. Summers is still just another mutant terrorist – dead or alive. 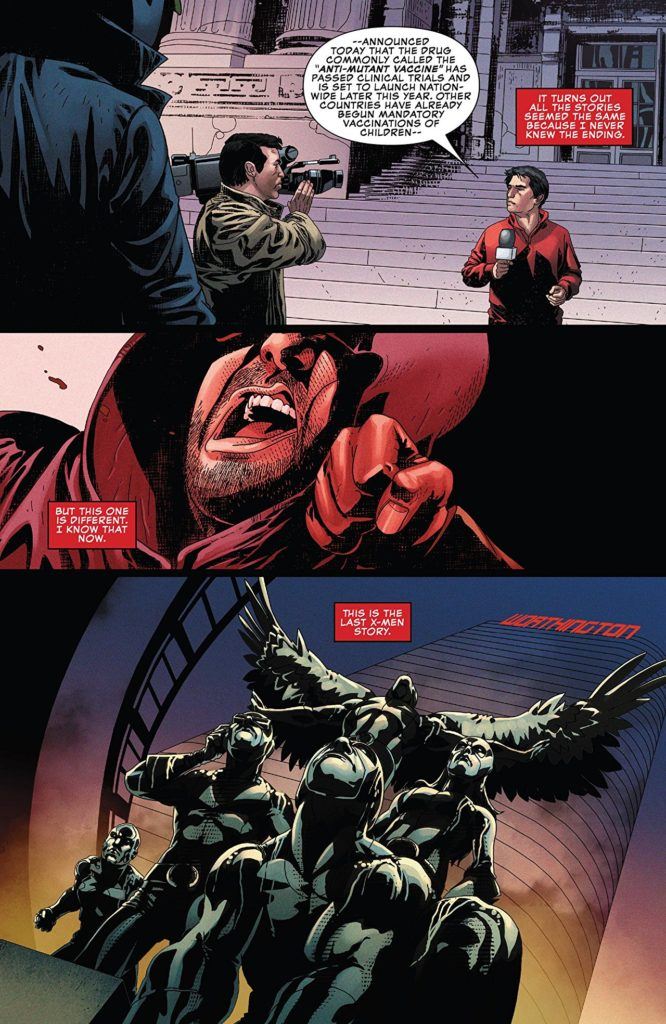 Seemingly alone, Cyclops searches low and high for any spare mutants or X-Men affiliates he can find.  The Morlocks won’t have him.  The Daily Bugle doesn’t want his story. Jamie Madrox would rather lay low since he does have a giant “M” for mutant tattooed on his face. When Captain America tries to reason with him during a political rally, he gives the red, white, and blue scout a proper “F*&#$ you!” and uses the moment to send out a worldwide call for any remaining X-Men to join him in the place where it all started – the original Salem Center in Westchester. When the time of gathering arrives, Cyclops realizes that he only summoned a gathering of enemies to pick him off.  Surrounded by the Reavers and the mutant hunting purifiers, Scott stands ready to die again while taking as many bigots as he can to the grave.  In proper fashion, Wolverine, his best fiend (not friends) and rival for the heart of a psionic redhead, arrives just in time for the two marquee X-Men to get back to business.

Finally, after multiple false starts, reboots, and pointless deaths, the proper X-Men flagship title finally looks, feels, and sounds like a comic upholding its legacy. Now with Salvador Larocca back on pencils and Matthew Rosenberg as the chosen writer remaining after ten issues of sharing duties with Ed Brisson and Kelly Thompson, the next six to seven months hopefully signals a return to the socially engaged, focused stories that are not merely echoes and thin copies of X-tales of old. If you skipped over the first ten issues of the Uncanny relaunch, now is the time to jump aboard.

Rating: 9 out of 10 Blind Prophets