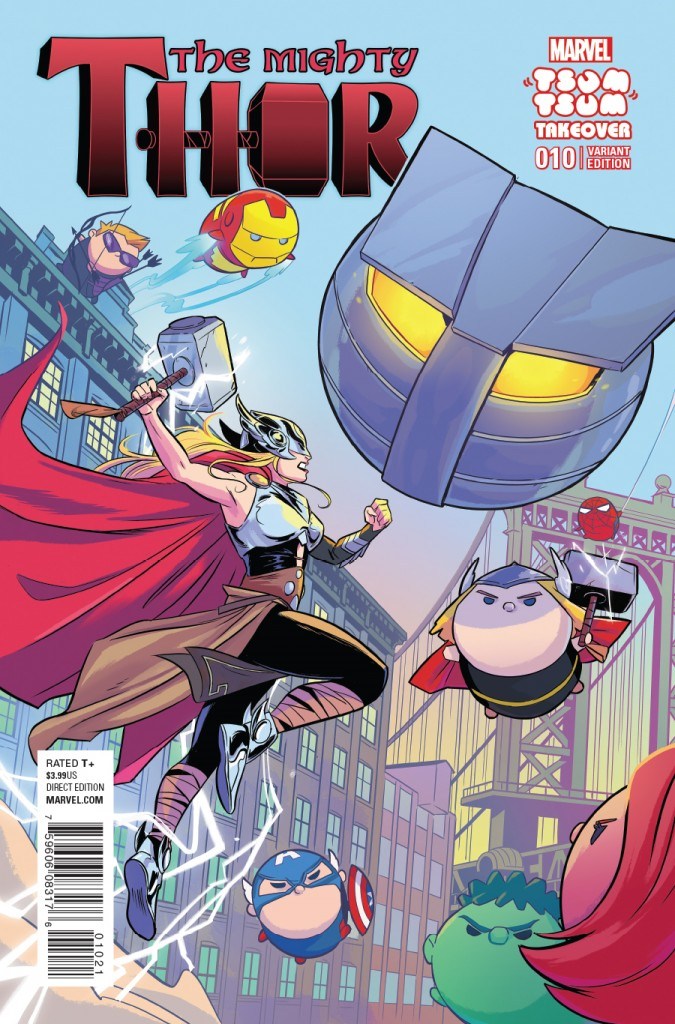 I am just going to skip all the introductory paragraph poetics and let you know off the muscle. The Mighty Thor is still one of the best things to happen to your local comic shop’s new releases shelf. If you’re not reading this book, you’re missing out on one of the better comic book experiences of your lifetime.

When we pick up in Issue #10, Thor and Agent Roz Solomon have teamed up to rescue Roxxon’s CEO/minotaur, Dario Agger (through gritted teeth), from some interested criminal parties looking to start themselves a hostile takeover. This story started out on sort of a soft note and has snowballed into a well-scripted slugfest that’s so much fun, it almost turns the pages itself. Dario Agger has evolved into such an entertaining villain, he’s essentially made being rich into a superpower, like everyone says Batman does. Sure, he could probably duke it out with the best of them, but why go through all the hassle when you have your own deluxe-edition, brand-name Hulks as doormen? The real kicker is that even with a top-notch script at its disposal, Russell Dauterman’s artwork is STILL the star of the show. The series so far has been pretty heavy on the fantasy violence and he has managed to keep all the battles fast paced and distinctive. No two fights look alike and Thor’s hammer is always doing something awesome in a way we’ve never seen it done before. 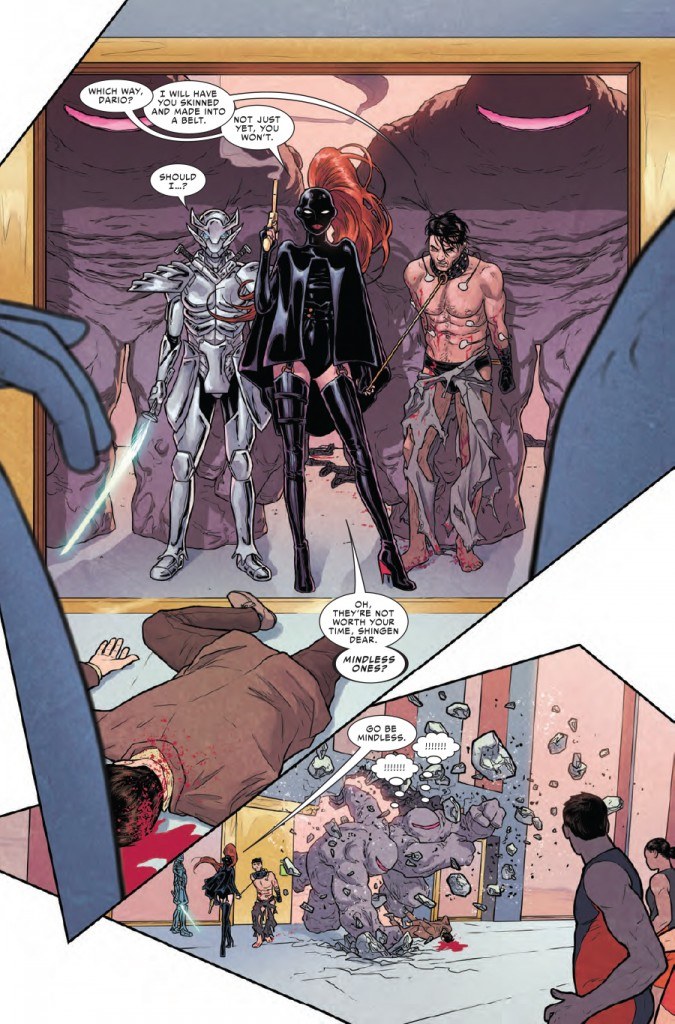 Bottom Line: If there’s anything else Aaron and Dauterman can do to make this book any more perfect, I don’t know what it is. This issue shows up and shows out even more than the previous one did. Wonderful pacing, compelling bad guy, sublime pencils….what else is there?

10 Henchman Severance Packages out of 10