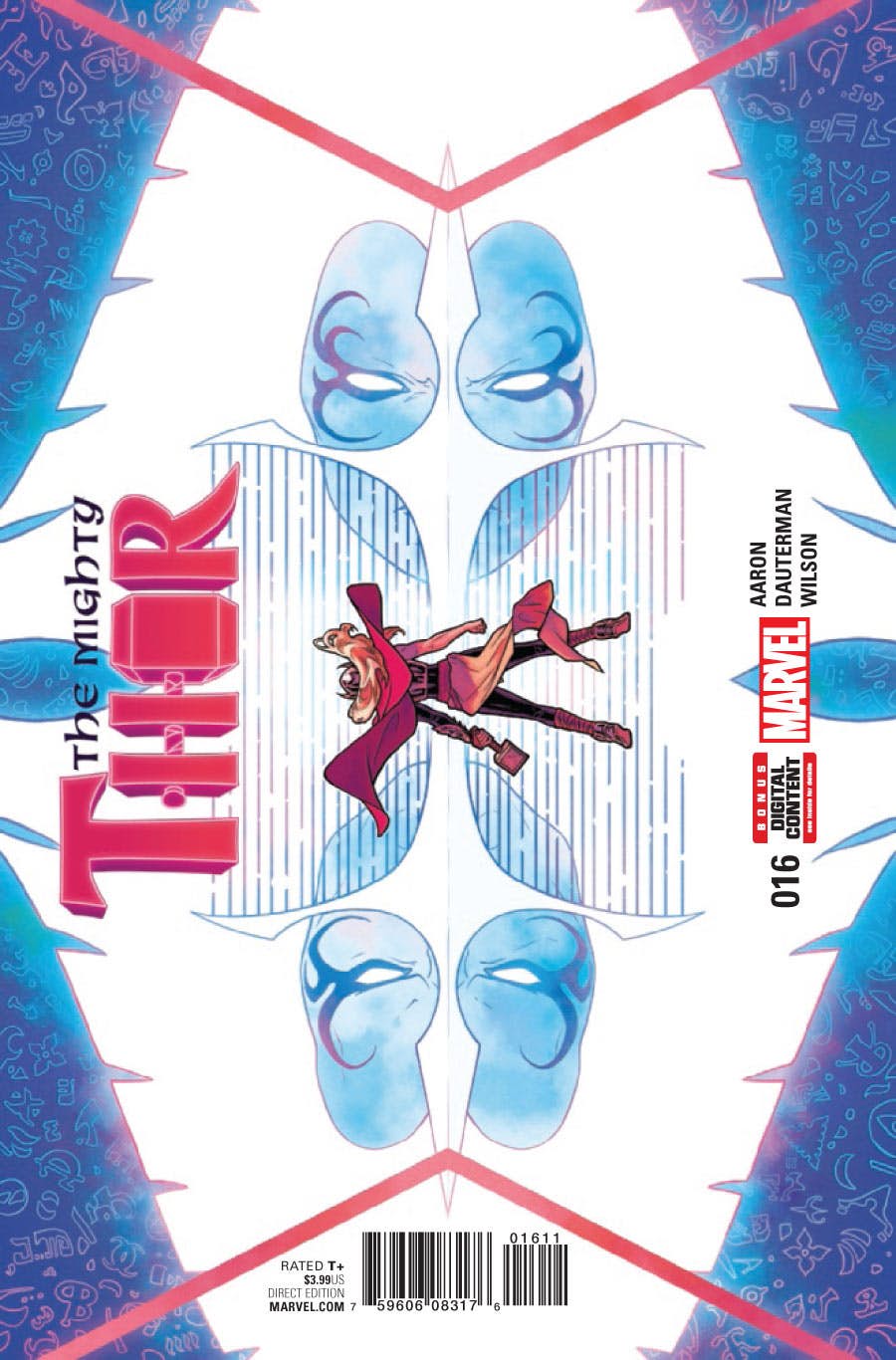 At this point, I would easily put Jason Aaron’s time on The Mighty Thor in the top three of Thor runs, definitely in the top five best Marvel books in current rotation right now. Aaron pulls no punches as he mines all the rich potential of the Marvel Universe and puts it to good use in telling an epic story worthy of a goddess. This book puts the hammer down and never apologizes for it.

As a comic book writer myself, I’ve learned the best thing a writer can do for his artist is tell a story that allows him to step aside and let the artist do what they do best. Aaron’s current storyline has made plenty of room for Russell Dauterman to play around and continue to craft a vibrant, distinctive universe of varying deities and mythologies. Thor’s latest adversaries test the Goddess of Thunder in a way that seems to be a recurring theme in Aaron’s work with the character. We’ve seen what makes Thor a superhero countless times over the years, but what makes him a true god? The villains here put this to the test whether they counted on it or not. Also, we get a pretty legendary moment with Sif being as badass as ever, getting Asgard into formation. It’s nice to see from a character who hasn’t gotten nearly enough spotlight as of late. Dauterman and Aaron are a match made in Valhalla. Aaron sets the epic stage and Dauterman builds the world and crafts such grand moments on almost every page.

Bottom Line: You have to hand it to him… Jason Aaron plays for keeps on every single page in every storyline. This tale puts Thor’s godhood to the test and looks damn good doing it. We’ll be talking about Aaron’s run in ten years. I guarantee you that. The Mighty Thor is undeniable.