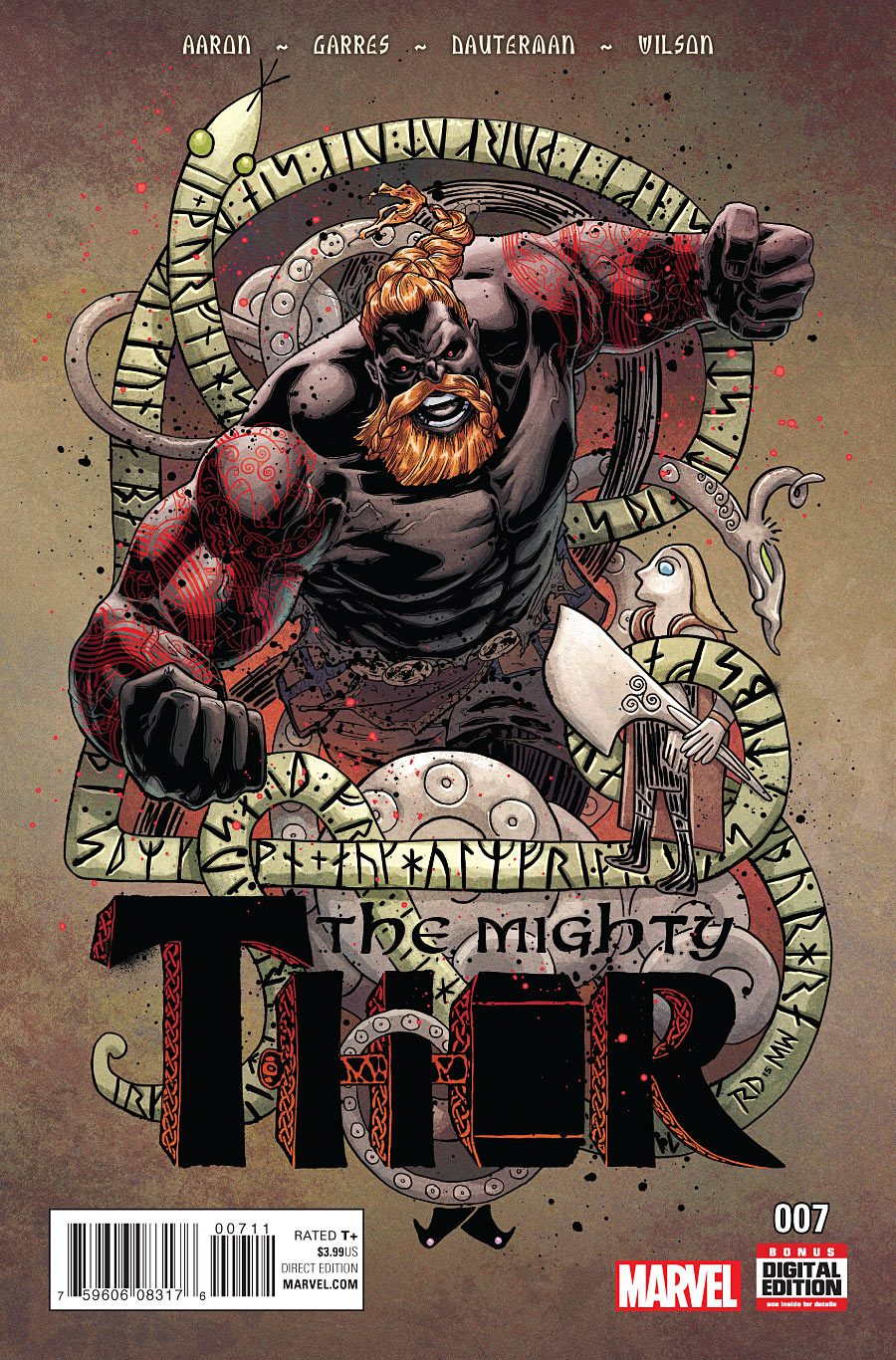 Normally, this would be the part where I tell you that I’m tired of talking about the awesome things Jason Aaron is doing during his tenure writing Thor. But honestly, if you’ve been keeping up with Black Nerd Problems comic reviews and you’re still not reading this book, then you might be beyond my help. Jason Aaron has found his groove and is riding a lofty wave. The world building he’s done up to this point has cleared a path for him to tell a lot of fun stories within the ongoing saga of Jane Foster laying the hammer down on the patriarchy and the borrowed time she’s doing it on. A hero with the power of a goddess, dispensing justice even though it’s killing her? This is the sort of thing classic Marvel legends are made of.

Issue #7 continues Loki’s tale of Thor’s battle with former disciple turned juiced up warlord, Bodolf the Black. Remember that alternate universe where the Hulk grew a Zach Galifinakis beard and became a tyrant? Think of the Viking version of that guy, except dumber. Since this is a tale of the old days when Thor was a dudebro asshole, you can go ahead and assume he doesn’t take the sound beating he receives from this guy lightly. The resulting second round throw down in the flashback takes up a good chunk of the issue and, structurally speaking, it’s on point, but I can’t help but feel like it missed a step. 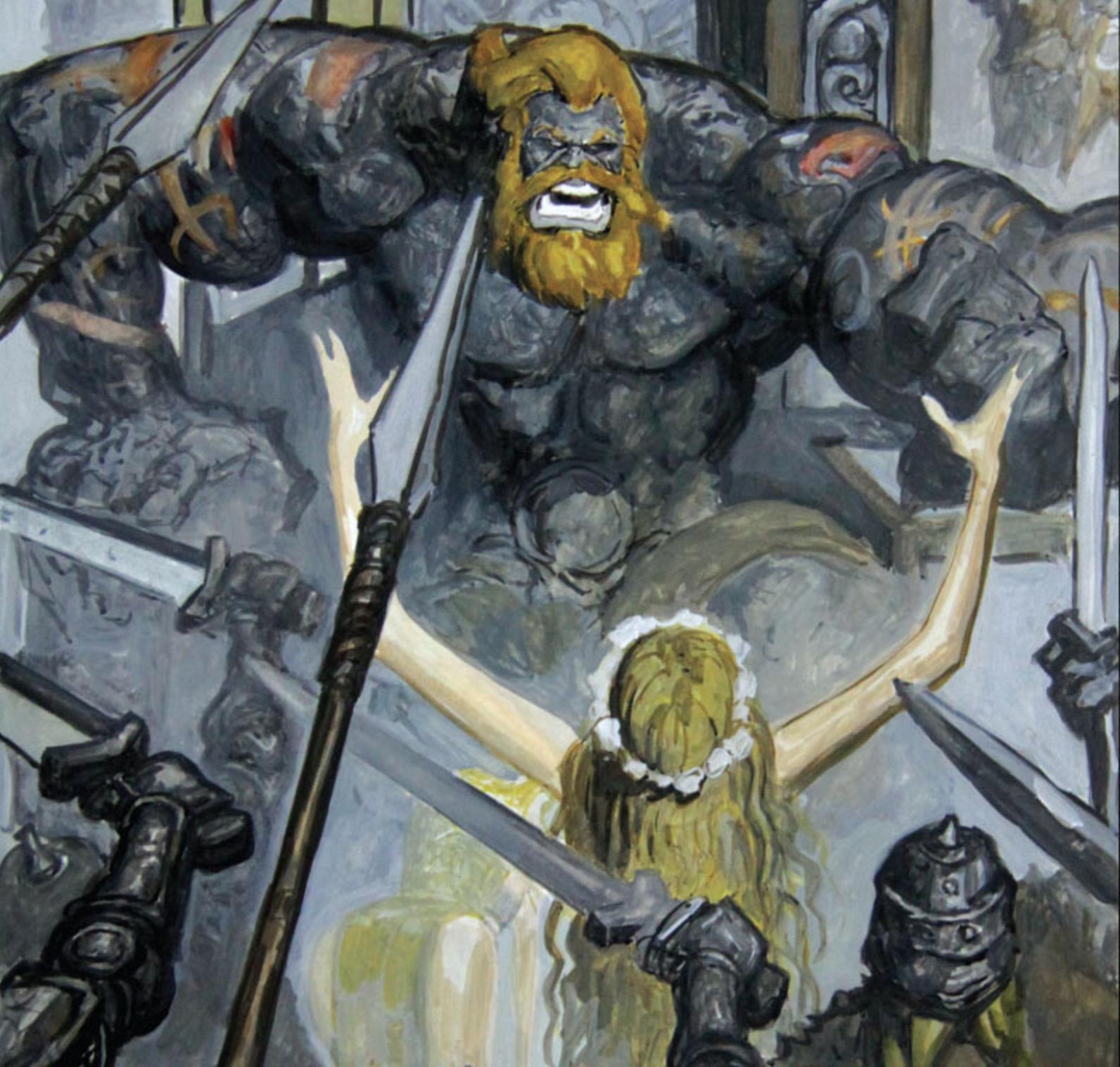 It could very well be that things generally don’t look as good when they’re direct contrast with the near flawless pencils of Russell Dauterman’s present day pages (who is to this book what Greg Capullo was to Scott Snyder’s Batman run), but Rafa Garres’ art feels a bit too abstract this time around, bordering on outright sloppy. Also, even when Garres is good, the contrast against Dauterman is a little too extreme. I see what they were going for, but it only marginally hits the mark.

Bottom Line: Visually, there were risky choices made that didn’t quite clear the bar, but story wise, Old School Dudebro Thor is always entertaining enough and the stage is set for the villains to straight up turn on each other which is always fun.

8 Viking Keg Parties out of 10