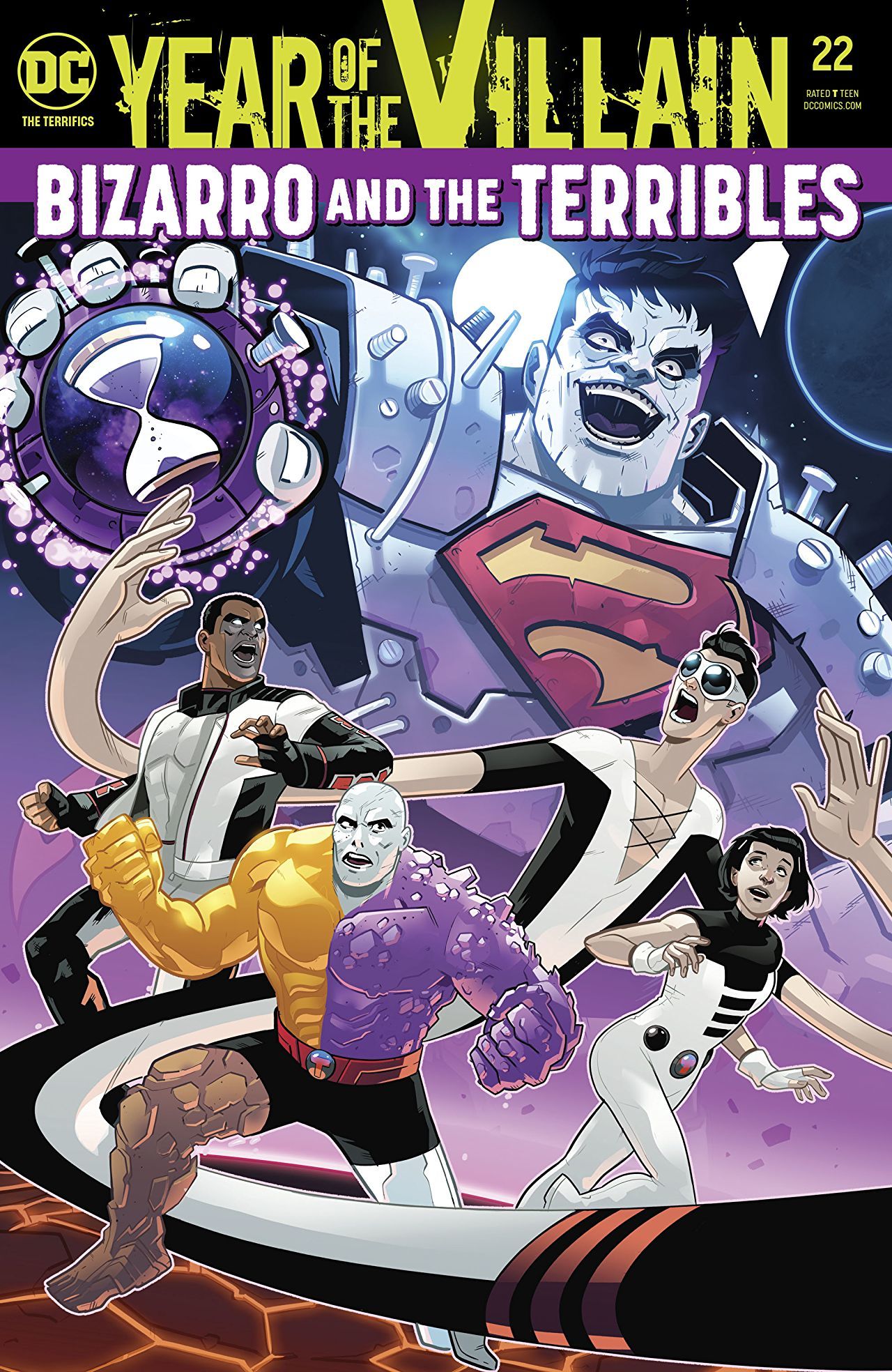 The Terrifics has always flourished when it embraces the wildest of premises without any hesitation. Yang’s take over has the series has demonstrated this very fact several times over and as the “IF ME COULD TURN BACK TIME“ arc continues, just provides further evidence that the injection of the weirdly bizarre elements that is Htrae and Bizarro’s crusade against technology is just… the best thing that could happen to the series.

With Perpetua’s sigil still looming in the sky, Bizarro and the Terribles are emboldened by their most recent victories and in a position to make the Terrifics’ lives a very odd nightmare that feels right in line with classic Friday night / Saturday morning cartoons, which one particular episode of Justice League Unlimited coming to mind. The bulk of the narration of the issue lies with Metamorpho, and Yang captures the feelings of the man of many elements beautifully as he goes through an unexpected transformation of de-aging. How Yang manages to do that and masterfully keep all of the time manipulation plot points straight is nothing short of incredible. 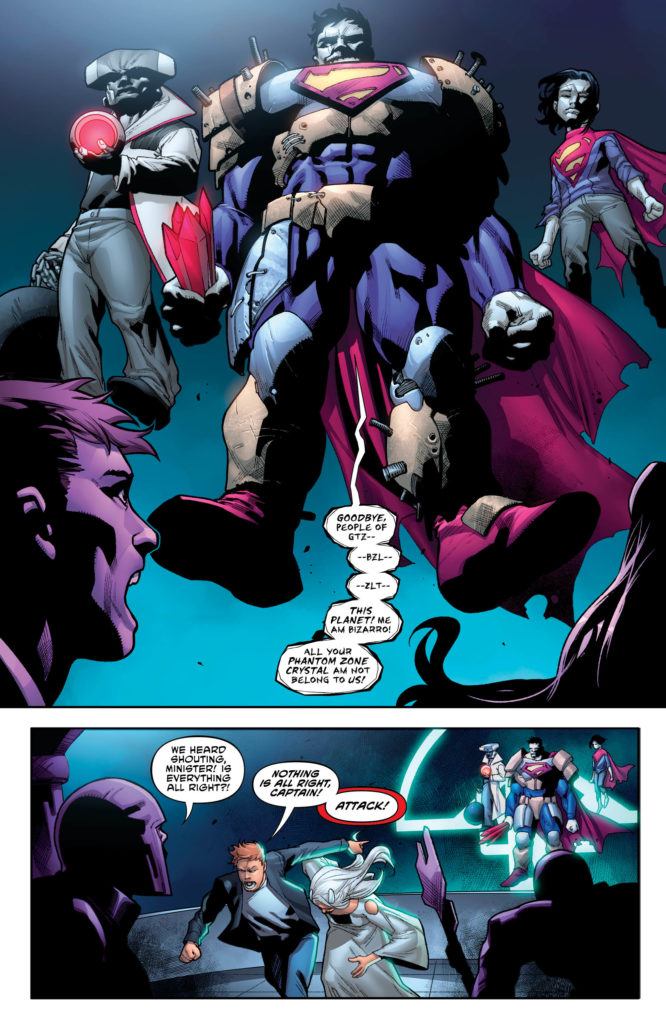 Segovia continues to be the perfect artist for The Terrifics with perfectly designed character models for their current predicament and a brilliant sense of physicality for both action and comedic moments. The facial expressions are particularly spot on this issue, and combined with the colors from Protobunker, you have a brilliantly stylized comic that balances the fine line between action and comedy.

The Terrifics #22 continues to escalate and up the stakes, but more important it does so with a brilliant sense of self-awareness and emotional beats. This is a book of disparate elements coming together and combining into something greater than usual. Yang and Segovia effectively leverage the backstories of these characters to tell a compelling story that approaches the notion of hero and progress very differently than anything else on the shelves. There is a reason this is one of the few New Age of Heroes books to survive and it’s because this oddball team has so much potential and we’re getting to see the pay off in real time with every new issue that Yang and Segovia produce.