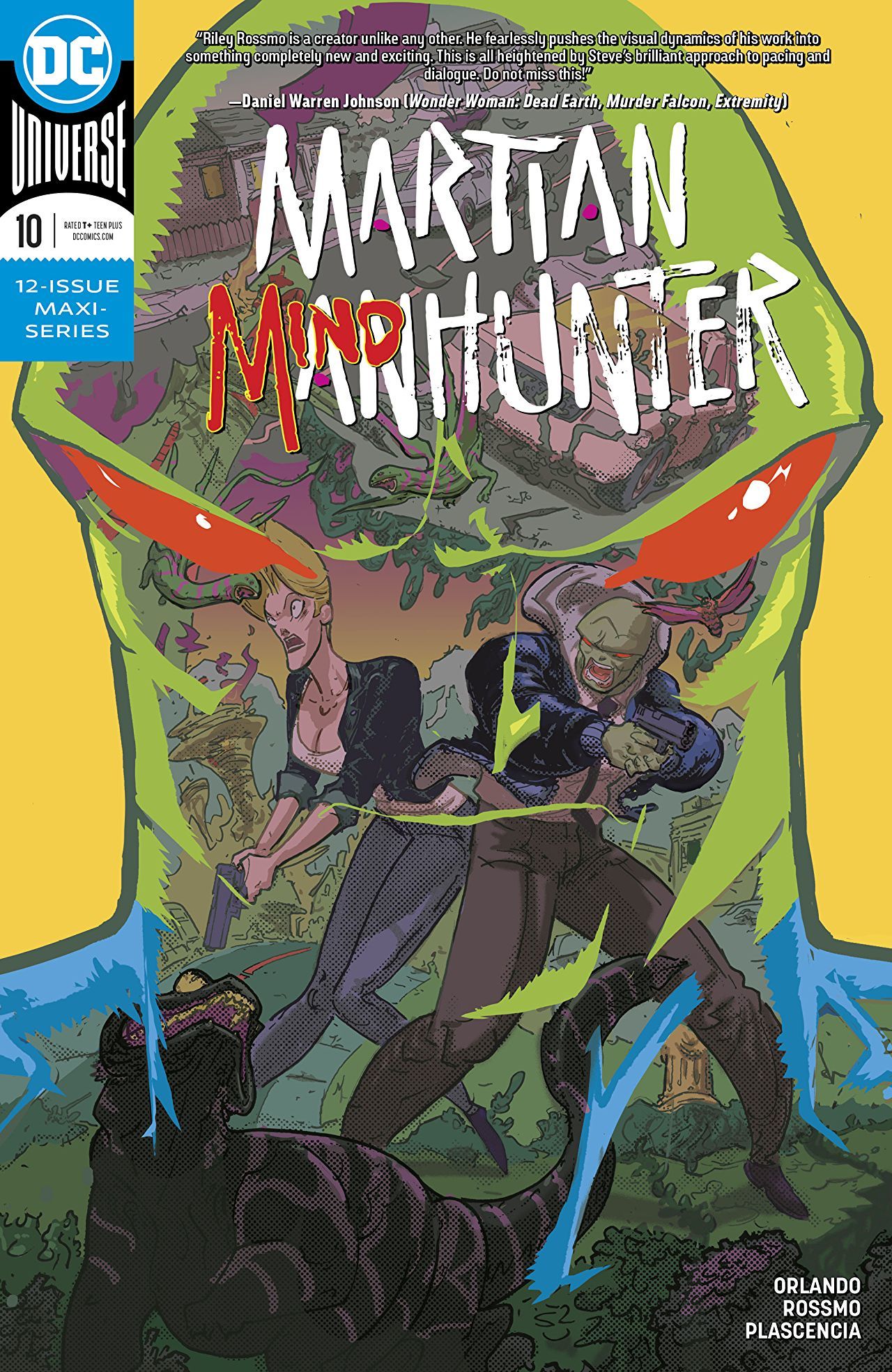 Things are winding down for the Martian Manhunter. We’ve only got two more issues before this series is over. But before we can relax in the post-conflict world J’onn hopes to find himself in, he’s gotta go through the fire literally and figuratively once and for all so he can take down his Martian nemesis Charnn.

I mean just look at the title on the cover. That lets you know off the jump what you’re about to get into.

This issue was full of a lot of action, but that action all happened to take place in J’onn’s psyche. If you’ve been reading this series, you would know that J’onn has quite a bit of unresolved trauma that he’s allowed to build up over the years. The burden of lying to his loved ones, of watching his family die in front of his eyes, and the fact that he still lives while everyone on Mars is long gone is a lot of weight to carry. 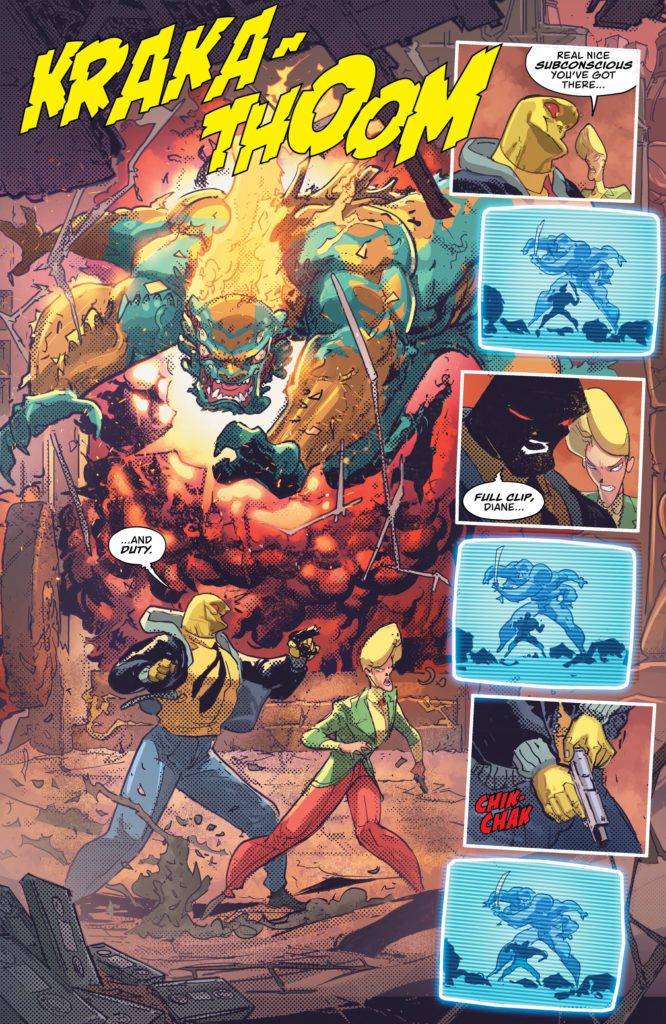 The way this was conveyed in the issue was brilliant. We take a trip into J’onn’s mind as he and Meade literally fight monsters that are manifestations of his shame, anger, and duty. And it’s packaged somewhat like a videogame, but the type that has all the cool cheats available online. Things are understandably hard in the beginning as J’onn is apprehensive, but as he and Meade get comfortable, it’s almost like they level up between each big monster they fight. This is shown by upgrades in their clothing and weapons. And as things start to get really tough, J’onn and Meade realize that they’re the ones in control in this seemingly dangerous place, and they’re able to navigate it with a lot more confidence as they fend off the creepy critters of J’onn’s mind.

This whole issue is a true testament to the teamwork on display with Orlando and Rossmo. This wouldn’t work as uniquely well as it does without them. I’m not even sure anyone else would have thought of doing this the way that they did. It was really cool to see the comics medium borrow some aesthetics from the gaming world. We see a lot of back and forth between comics and movies due to how similar they are, and I’m not at all trying to insinuate that this is the first time we’ve seen a comic implore some visual cues familiar to video games, but it was a nice change of pace and the perfect metaphor for what J’onn is going through and how he had to overcome it. Not to mention it was executed so well.

9 Aerobic Therapy Sessions out of 10