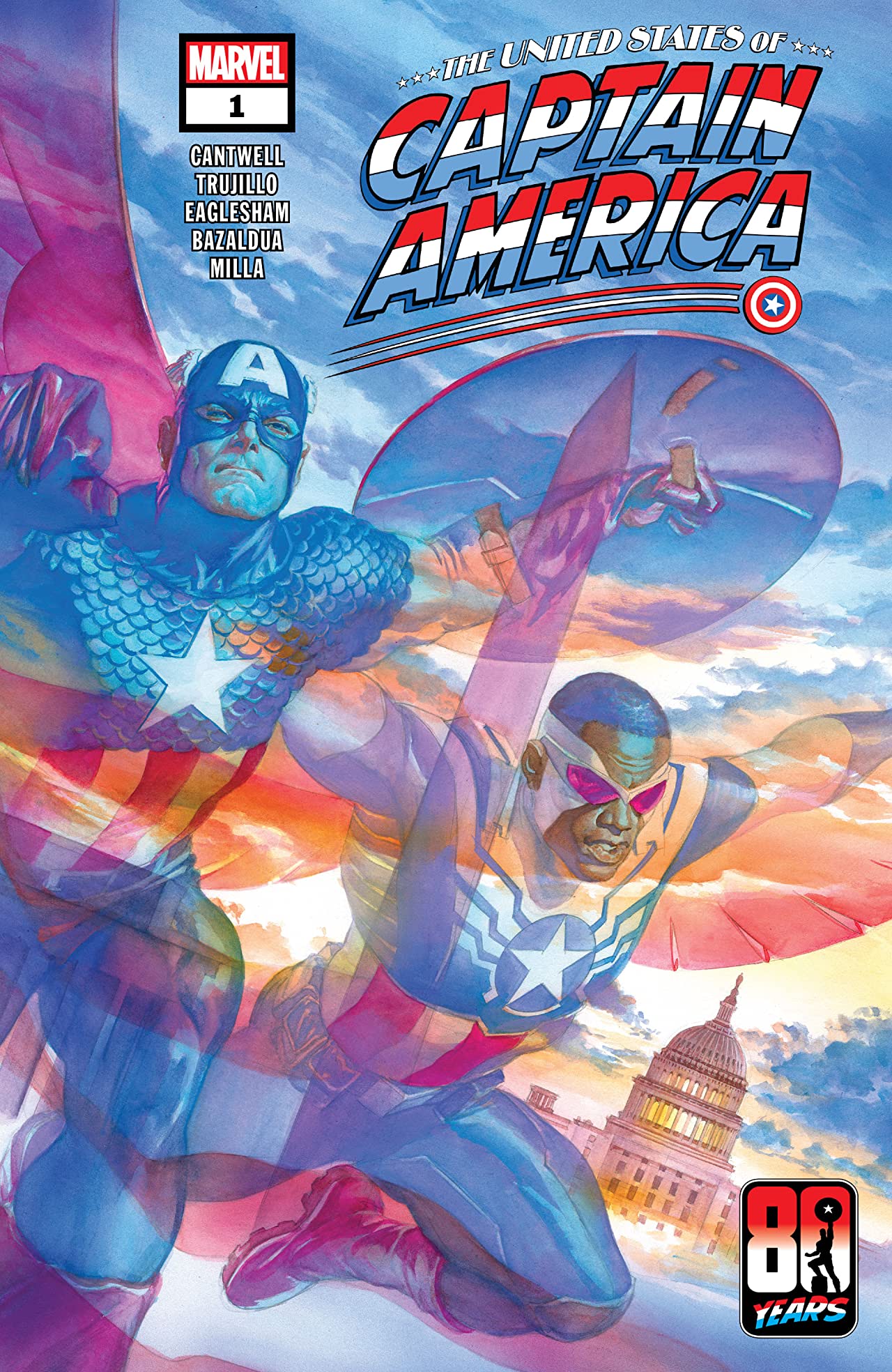 I was today years old when I learned that Steve Rogers cleans his SHIELD with baking soda, salt, and vinegar like he was cleaning a cast iron pan. However, that’s just a footnote as writers Christopher Cantwell and Josh Trujillo bring us the first issue of The United States of Captain America. Teased for months, this book is set to bring together all four of the people who have once held the Shield, along with introducing a few new folks around the country taking up the mantle.

The United States of Captain America #1 starts off strong and there is a lot to like from this first issue. The premise follows the same beats as many great political thrillers, playing on the intrigue of unraveling the book’s mysterious situation. Finding out who wants Cap and the newfound network of Captain Americas dead and why will be one of the book’s main draws. The other draw will obviously be seeing Steve and Sam travel across the country to meet the different people taking up the mantle of Captain America.

The opening pages of The United States of Captain America #1 in particular work very well because it sets the tone for the series and gives readers a deep look into the head of Steve Rogers and how he feels about the country he represents. Books like these always work well when they pit Steve’s ideals against modern-day America. However, we are all familiar with Steve Rogers and his complex relationship with America. What I hope to see is more from other characters like Sam Wilson, John Walker, and Bucky, especially since their time and experience as Cap was vastly different from Steve’s.

Readers are going to be interested in the Cap of the week more than anything. The backup story does a great job of further fleshing out these characters and showing us how their experience with America is very different from Steve and why he inspires them. Aaron Ficher is the first of many we will meet to take up the mantle of Captain America. It’s smart for the writers to start with him. He’s likable, his story is interesting, and he represents a different age of Americans and their struggles. I also like the design of his Captain America gear, which really nails down the homemade and everyman feel of his character.

The United States of Captain America is hitting all the right notes. A political character like Captain America is always a tough one to nail. It has yet to be seen if all the writers on this book will treat the subject matter and message it’s trying to convey with care. However, I’ll say that the enjoyable first issue makes this a book to watch.