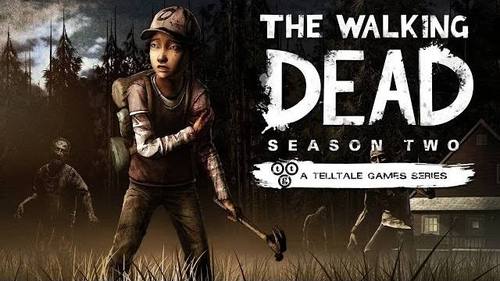 Clementine is back!!! Telltale has finally released it’s much anticipated second episode of the five part part series with this episode being titled: A House Divided. So does this episode keep pace with its predecessor by keeping you at the edge of your seat with its fantastic story line and yearning to see what happens next? Find out more in this review.

For those who are not familiar with the Telltale Walking Dead series, let me start by saying that it’s not so much a video game as it is an interactive movie or TV show. If you were expecting an action packed thrill ride with zombies around every corner and endless gun fights, then you just may want to turn around and throw Resident Evil 4 or 5 (because we all know 6 was fucking trash) back into your respective consoles. But if you’re more interested in a story where the choices you make can alter the lives of the characters involved then look no further!

The graphics in this game have a comic book/cartoony feel to them, much like the graphics in the Borderlands series. It worked great for the previous season and I could see why they would carry it on into the next, but for whatever fucking reason on this go round, the shit just would NOT work properly. The lip syncing of characters were off, frame rate suffered to the point of frustration, and don’t even get me started on the loading screens! YO!!! at one point I had enough time to fucking fold laundry while I waited! Oh and I swear to God in one scene there was just a rifle floating in mid air smh. Get it together Telltale! With that said it wasn’t all bad…the game itself is still aesthetically pleasing when it works correctly. It’s just the experience gets lost in all the frame rate issues going on.

My frustrations with this episode weren’t solely with the graphical issues it had, but Telltale completely dropped the ball in terms of the story. It’s not that it was bad, but in the previous episodes every choice you made had a consequence whether it be for the greater good of your group or just totally went to shit. Up until the last 10 minutes of this episode there may have been 2 decisions you had to make that warranted a consequence. Shit half the time I played mediator between the bickering of other characters which I guess makes sense considering the title of this episode. But seriously, who the hell relies on an 11 year old girl to do so much within a group made up of all adults? Next time how about we all just hand her ALL the weapons, because y’all ain’t gonna do shit with them anyway.

I know it seems like I’m nagging and bitching about this episode (because mainly I am) but there was one moment shining moment in the game that kind of salvages it from being terrible. Only sad part is you have to sit through about an hour and 45 min of mediocrity in order to get to it. But without spoilers I’ll say when shit goes down…SHIT. GOES. DOWN! Even still, this was my least favorite episode of the series 🙁