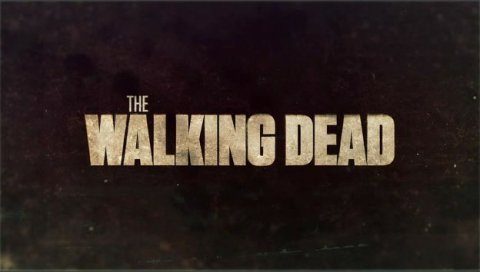 For a lot of this week’s episode I felt like I was at a high school talent show watching my friend do some shit on stage that only highlighted their absolute lack of talent. I can’t even say that it was a bad episode as much as that it left me confused.

[divider type=”space_thin”]
So our merry band of survivors are now mercenaries for hire against what we all know or assume is a superior force. Cool.

But WTF is Carol doing? Which I guess I should really phrase as “how heavy handed can the writers be in spelling out her internal conflict?”

We open with her raiding the pantry, then baking and distributing the best made-from-scraps beets and arrowroot cookies throughout the camp. Actually, that’s not where we start, we start with Carol in the woods foraging for acorns (key cookie ingredients when supplies run low) and killing a random walker. She’s all dressed in her JCPenny’s best when the walker sprays congealed blood and brain matter on her and her machete. Oh, darn. Now she needs a shower and a new cardigan.

It’s not that I can’t see this version of Carol. If you wear a mask long enough it becomes your skin, and she has been Casserole Carol since they arrived (with a few notable exceptions). What annoys me is the (in)action that in theory took place after the Alexandrians take a stand against the herd and before we finally got Richonne.

Evidently Carol has been doing some soul-searching which includes avoiding Morgan, but keeping his I-harbored-a-Wolf secret. In fact, she convinces Rosita, Tara, and Eugene to keep his secret, too.

She asking herself the three questions. And tallying up kills so that she can answer; it seems like her best guess is 18.

And I guess that is feasible, but it’s an abrupt 180 from the Carol who just a few short episodes ago followed Morgan into a psuedo-jail cell and tried to kill a man. Then, when Morgan tried to stop her, she tried to kill him. What happened in the interim?

Maybe most importantly, who the fuck is Tobin? Have they ever really spoken? Why is Carol suddenly bringing him cookies? Sitting on his stoop? Kissing him? What?

And how is Tobin, who we’ve never really seen interact with her, offering Carol insight into her soul? He, like an exposition-laden mouthpiece for the writers, says, “you can do things that just terrify me.” Like killing, I assume. His explanation for how/why she can do those things is simple in the way essentialism is always deceptively simple: “You’re a mom… it’s not the cookies or the smiles, it’s the hard stuff, the scary stuff. It’s how you can do it. Strength. You’re a mom… to most of the people here.”

I don’t even disagree with him, but how does he know that? Have they talked about Sofia? Does he know what she’s done? To whom? Or many times?

This childless mother idea is nothing new on The Walking Dead. We see it with Michonne and Carl, too. But in that case we have literal seasons of those two characters building an aunt-stepmom and kid relationship. With Carol, she has essentially systematically suppressed manifestations of maternity. She was cold with Sam; in fact, it was her taunting about monsters that he heard/remembered that caused him to freeze and ultimately die (along with his mom and his brother). Her sympathy was always more focused on Jesse, the victim of domestic violence that seemed to remind her of herself.

Even when she is with Judith, she doesn’t demonstrate an emotional connection. She’s happy to hand the kid off to anyone willing in order to pick up another shift on the wall or stalk Morgan back to his secret jail.

But, now, Carol is here, on Tobin’s step, and we’re asked to believe that all of this was always there… brewing. Or that she’s been in the softening walls of Alexandria long enough that all her deeds have come back to visit her in the night.

[divider type=”space_thin”]
But she’s still Carol, so she goes on the Negan and the Saviors midnight killing mission.

Which she starts by defending Morgan to Rosita. Who is this mild-mannered woman and what has happened to the cold dead woman she used to be?

[divider type=”space_thin”]
She literally says, “Morgan doesn’t want to kill.” When Rosita answers that neither do they, that they don’t like it, Carol is silent.

So it’s not surprising that Carol “I teach children how to stab” Peletier is captured at the end of the episode. How could she not be? She was trying to convince Maggie to fall back and not participate – even as her group was in danger. This is an unfamiliar Carol, a woman torn (for the first time) between who she has needed to be and who she might be. Her grief over Sam, her defense of Morgan, her mother-hen protectiveness over Maggie all point to a changing Carol and even though I love the Carol character, I’m okay with that. BUT. But this should have been an evolution over a season or at least over a couple of episodes, instead it got crammed into one episode in a way that feels more plot device-y than authentic. Now she’s in danger with a pregnant Maggie.

Someone is going to die.

Because I just can’t let these go unacknowledged, the Top 2 cold as fuck moments in this episode:

Abraham, breaking up with Rosita in a way that will ensure that nothing good will ever happen to him:

When I met you, I thought you were the last woman on Earth. You’re not.