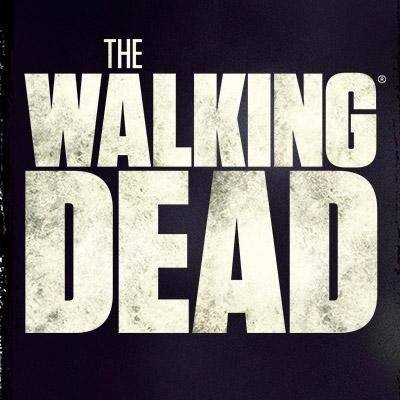 I’m not mad at you The Walking Dead. I’m really not and I was ready to be.

[quote_simple][Just so you don’t get mad at me, let’s be upfront about the parade of spoilers that is about to walk down this here main street.][/quote_simple] There’s a lot to say about the episode: the non-appearance of Negan, the return of the badass Darryl that we know and love, the death-defying Glenn, the world’s worst candidate for a nanny, the world’s worst (two) kid(s). Ugh, there was so so much.

But I want to talk the Wolf. And Denise. And Morgan. And Carol. But mostly the Wolf.

So Morgan is keeping this sickly (possibly dying) Wolf as a pet/prisoner in the basement of one of the empty $800k Alexandria homes after the Alexandrians (really mostly Carol) thwarted the attack from the Wolves. His conscience won’t let him kill, even passively by allowing his prisoner to die of the infection coursing through his body.

That’s how Denise gets dragged into it. Morgan enlisted Denise as the new Alexandrian doctor, a role she was reluctant to take on.

Fast forward to Denise (kidnapped) and the Wolf (kidnapper) crouched outside in step-down patio, behind a wrought iron fence and hedges while Morgan is still unconscious (knocked out by the Wolf) and the rest of them – Carol, Tara, Rosita, and Carol  — are still in the house, surrounded by walkers.

[divider type=”space_thin”]
While all this is happening, Enid is in a church asking Glenn WTF he meant when he said that when you run “you lose people even after they’re gone.” Glenn answers, “People you love, they made you who you are. They’re still a part of you. If you stop being you, that last bit of them that’s inside who you are, it’s gone.”

While Glenn is waxing poetic, Enid is staring at the inscription over the church door, “Faith without works is dead. James 2:26”

Maybe it’s the combination of Glenn’s pep talk and the line from the good book, but Enid has a fire in her, after that, to help the people of Alexandria, to help Maggie. But really to keep her parents alive inside of her. All of her stubbornness is focused on that now and she changes. She wants to demonstrate this change by helping Glenn save his wife. These are her actions. That this exchange is juxtaposed with Denise’s fearful and quaking body next to the Wolf who observes casually, “How things turn” is perhaps the most important moment of the episode.

Next he tells how they’ll get out of Alexandria. Denise, who doesn’t want to go with him at all and especially if going with him requires going through the massive herd wandering the streets, tells him to go without her. We have to remember how afraid Denise has been – afraid, especially to be the town’s doctor. She’s still afraid, despite having attempted to act bravely be going to help Morgan when he asked.

“You’re here, with me. I need you. Maybe I want you to stay because I’m enjoying your company so much,” the Wolf says. We are supposed to take this as we have taken everything the Wolf has said, as ironic snark, as antagonizing commentary, as dismissible.

“I like what you said before: that I wasn’t born this way. You’re right. I changed. And now I want to help you change.” Since the “W” carved into his forehead is smeared with blood and visually prominent, we assume he wants to make her, as he has made others, a Wolf.

But that’s not what happens.

[quote_right]That’s how it is sometimes. A person does something so selfless and inherently good that we forget or forgive (or both) all shit-covered shittiness they did before.[/quote_right] “You’ve been given a gift, Denise. You’ll see that one. Or maybe you won’t.” When I re-watched the episode, I realized that he was talking to himself. He was spared by a kind (I have other adjectives, but for now, let’s use this one) man. He was attended to by a doctor who was, in caring for him, risking her standing in the group. He was given medicine to fight the infection. Though he had to fight for his life (because: Carol), he was alive. Perhaps those kindnesses – the ones that defy all rules of logic and self-preservation – were a gift. Beyond the obvious, perhaps those actions (and inactions) provided space where he, a hardened killer, might soften as he seemed to be doing towards Denise. He certainly garnered more patience than he had earned.

But he isn’t soft or reformed. He says, “Maybe if I hadn’t been so selfish, I wouldn’t have gotten an IV.” The process of softening or, in this case, of being open to the well being of others is often a slow one. The practice of being hard or close-minded or selfish serves us in some way; it feeds us (sometimes literally, sometimes figuratively).

Moments later, when the Wolf pushes Denise out of their alcove into and across from the herd, she gets caught up fighting a walker; he saves her. In doing so, he’s bitten. He sacrificed his life for hers. This, too, is action.

That’s how it is sometimes. Sometimes a person does something so selfless and inherently good that we forget or forgive (or both) all shit-covered shittiness they did before. We become a sucker for redemption.

Denise tells him directly, “Maybe you changed.” So seconds later, when Carol shoots the Wolf, she’s shooting a good guy, sort of.

Taken in context, he’s as good as Morgan (the reformed indiscriminate killer). As good as Carol (who killed and burned her neighbors at the prison, shot a child in the back of the head, and scared Sam so completely that he got himself and his mother killed. I’m not even including the collateral damage of Ron and Carl’s eye). As good as Rick (who killed… I can’t even count that high). As good as Tara (who came to the Prison with the Governor). As good as… well, all of them, any of them.

Moments before, Carol told Morgan about himself: “You saved [the Wolf] for you, not us. If it was for us you would have… I should have killed you. I should’ve…” She should’ve killed him because he won’t change; he’ll always risk the group’s safety. She has no more patience for him or his antics and who can blame her?

And that is perfectly sensible until she shoots the Wolf and he, shot twice, tackles a walker so that Denise can make it away safely. After that, we see her on the balcony visibly confused. Did the Wolf change? What does that mean about Morgan? About her? What about Enid whose change of heart came early in the episode? What about Sam who would not change? Jesse who would not force the needed change? What about me?

I keep returning to the church inscription: “Faith without works is dead.” I keep thinking about the wrong side of history. About Rick in the street with an axe (and an unhealthy indifference to his own life). About his friends who showed up. About the townspeople who weren’t yet his friends who showed up. About the act of fighting. Of fighting for your life. Of fighting for the lives of those you call tribe.

And I keep thinking of Carol. Of how shooting that Wolf made perfect sense. We don’t have limitless time or chances to get our shit together and act right. We cannot rely on the unending patience of others while we work out whatever fucked up indoctrination we have in our bones. Of how, despite that, change is still possible. If we work, if we act.