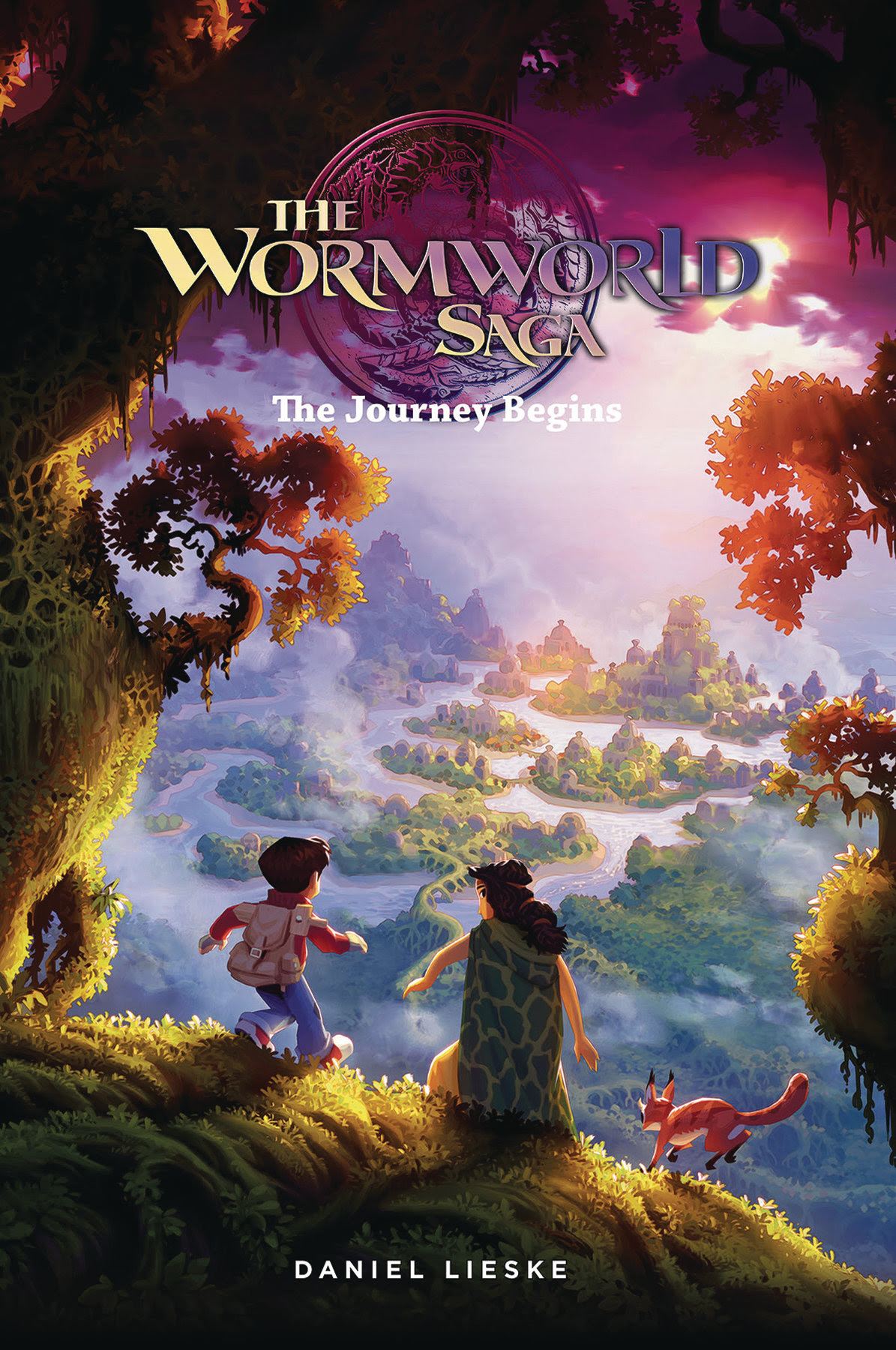 There is an instant familiarity when you flip through the pages of The Wormworld Saga, Volume 1. I would liken it to either Miyazaki’s Spirited Away or C.S. Lewis’ Chronicles of Narnia, where a child unwittingly finds themselves in a place of magic and mystery, having to discover all sorts of things. Lieske immediately breaks off from the childhood stories of yesterday with a simple question:

When you recall the past, can you always distinguish which memories were real events and which were dreams or fantasies?

With a simple acknowledgement of the fantastical narrative that’s about to unfold (through the voice of an older protagonist), Lieske begins the world-building of Wormworld.

Jonas is your typical young-adult protagonist. He exhibits the traits of a daydreamer with an artistic touch, in that he doesn’t do so well when it comes to academic subjects like math or English. As the school year ends and summer vacation begins, Jonas doesn’t have a clear idea of what’s going to happen when fall comes around. He’s mostly just excited to spend six weeks at his grandmother’s house with his father. Older Jonas’ narration and pensive tone will resonate with older readers as Young Jonas goes through the expected childhood tribulations of waiting for parents, long drives on the highway, and lacking complete autonomy.

Lieske’s artwork of the countryside estate that Jonas’ grandmother lives on is instantly recognizable and storybook-like. The designs of Jonas and his immediate family are charming as well. A lot of the storytelling occurs within the characters’ eyes. It’s a simple, but effective trick and provides some insight into Jonas’ backstory. 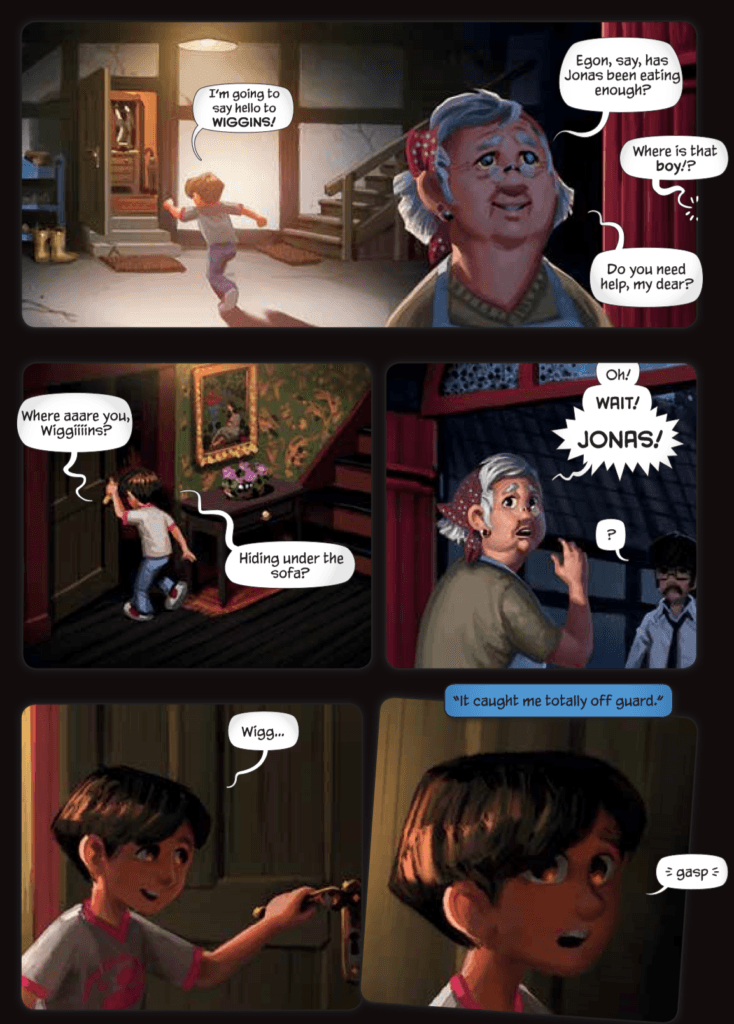 Jonas’ imagination is clearly his greatest attribute; whether adventuring with his grandma’s dog, Lotti, or sneaking into the attic with his grandma’s cat, Wiggins. Soon enough one of his drawings unexpectedly comes to life and leads him to a mysterious painting. Of course, this prevents Jonas from answering his dad’s calls for dinner. One thing leads to another and Jonas climbs into the painting to find himself in a magical world. 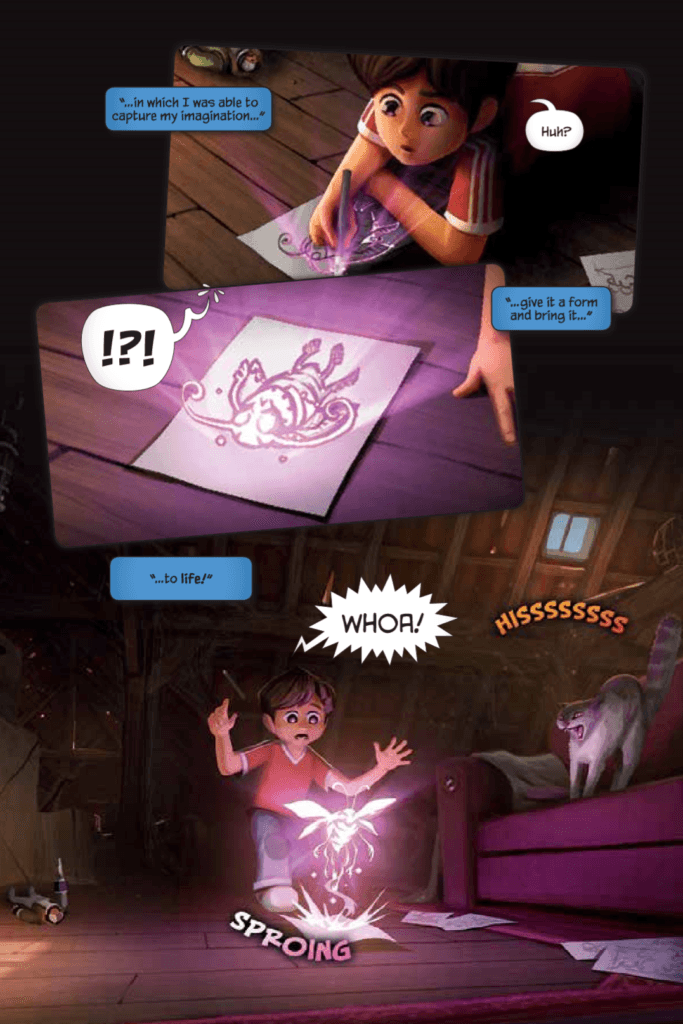 It takes a while for Jonas to actually enter Wormworld, but the payoff in the last chapter is definitely worth it. Lieske’s art shines in the fantasy world. The entire palette comes to life in vivid detail just like any magical realm should. The introduction of Raya, a mysterious woman with some connection to Jonas, and Loki, Raya’s fox-squirrel hybrid companion, occurs exactly how you’d expect while hinting at darkness lying within the world. This promises a more complex journey for Jonas in the later volumes. 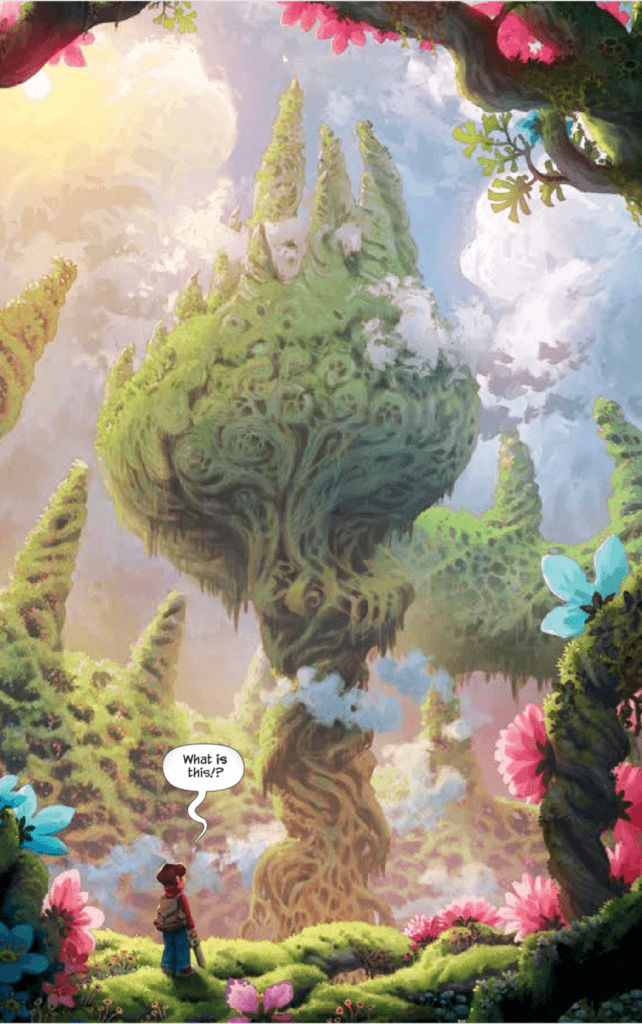 The Wormworld Saga is a solidly written and illustrated story. Its opening volume does exactly what you’d expect. It feels familiar, which ultimately acts as double-edged sword. On one hand, it’s a relatable story. Older Jonas’ narration recognizes a lot of the tropes and conventions that we grew up with. On the other hand, not much is done to truly distinguish Wormworld from other fantasy worlds out there. This is the burden of the opening act. Yet Lieske does succeed in creating an alluring atmosphere and suggests a much more ambitious telling. I am interested in seeing the future volumes, and I can recommend it if you have an aspiring comic reader on your hands. There’s a lot of heart and a lot of beauty to behold here.

The Wormworld Saga, Volume 1 will be in stores starting May 23rd.