type in your search and press enter
159 Shares

“[The Girl Deep Down Below] focuses on REAL Muslim women characters, black girl magic, and the horror of bigotry.”

There is so much to unpack in this gem of a web series created by Ali Abbas. The Girl Deep Down Below uses sci-fi and fantasy tropes like time travel and witchcraft to delve into societal issues facing Muslim women, and women of color in general. While many of the problems T.G.D.D.B. addresses affect the greater Muslim and POC communities, the show places a deliberate focus on women which I truly appreciate. 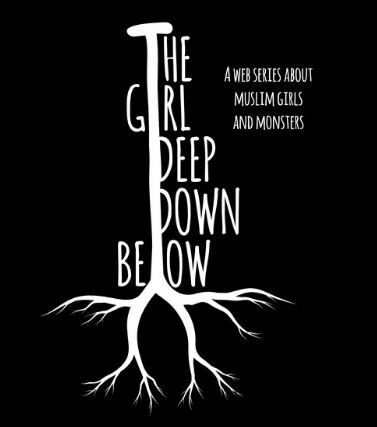 To See The World Through Melanated Skin

The Girl Deep Down Below presents a view of Muslim women not often seen. The six main characters each represent a different part of the community. Maya (Sabeen Sadiq) is a bit flighty, but passionate. Her best friend, Rem, (Nada R. Abdelrahim) is smart and skeptical. Amira (Ragda Izar) is loud and in your face, ever the social media maven. Zee (Arij Mikati) is the ‘over it’ girl who has a heavy sigh for everything (basically me in high school). Mona (Iman Sahraoui) is a newcomer who keeps things close to her chest. Amel (Samira Baraki) is an outcast who has thrown herself into that role. None of them stand out (I mean, Amel does some weird dimension shifting…but apart from that) which is powerful in itself. They are not caricatures or forced identities. These are normal young women you could encounter anywhere — in any skin tone, of any religion. Their normality itself, is groundbreaking.

Three of the protagonists are hijabi, and guess what? THEY STILL KICK BUTT AND THEY AREN’T TERRORISTS!!!! Alhamdulillah! (Thank God!) The takeaway from this is that their clothing doesn’t dictate their characters’ lives, nor does it hinder the actors’ ability to perform. Several of the characters are undocumented, and guess what? THEY ARE STILL HUMAN, WITH FRIENDS AND PEOPLE WHO CARE WHEN THEY ARE GONE. These women are an integral part of the community. They contribute to the economy, but what The Girl Deep Down Below highlights is how they contribute to the mental health, emotional well-being, and united infrastructure of so many American institutions. 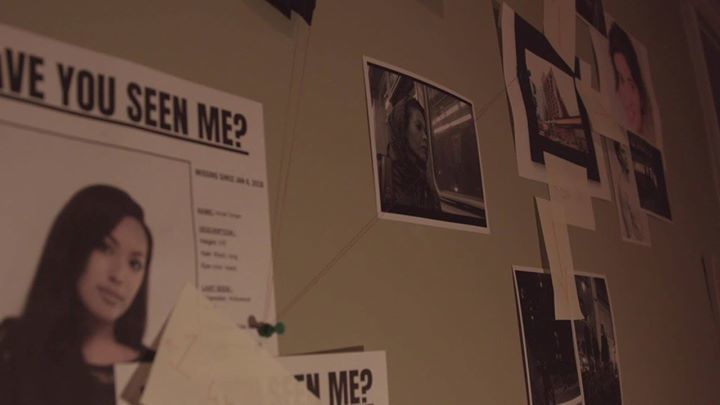 Of Muslim Girls And Monsters

The overall plot of the series is that a supernatural entity – made corporeal in the form of a “White Man in a Suit” – has begun targeting black and brown girls in Chicago. Our group of reluctant heroines must stop it. Subtle, right? The girls begin to investigate the disappearance of their friends, overcoming personal obstacles involving family, consent, sexuality, and faith along the way.

I was a bit skeptical about the overt nature of the villain. The tendency to name a guy who controls sand “Sandman” skews everything in a more superficial, comedic direction. I was right…to an extent. The transparent naming of the ultimate bad guy as ‘racism in America’ allows for some comedic relief in a grim plot line. It also means that some of the smaller issues many of us take in stride can come to the fore. The ability to bring things like emotional labor into a conversation is only an option when the Big Bad Wolf is totally predictable.

So let’s talk about those undertones. For the most part, I sat at my computer nodding and chuckling while the characters wittily handle stereotypes about Muslims drinking and smoking or women wearing makeup. The show also tackles divisions within the Muslim community. Some of our own making (the rumor mill), some being created by external forces (the villain ‘mind-jacking’ an Arab man to terrorize the rest of the group). Side note: being black and queer, I know these divisions run through many marginalized communities. I appreciated how T.G.D.D.B. called out how easy it can be to set us at odds with one another. 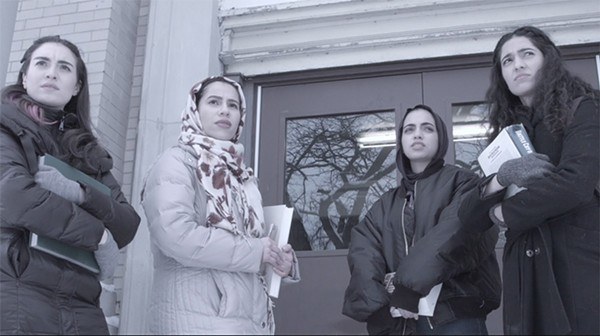 There were a few instances, however, that had me shook. The first hit me immediately: a young man named Haythem approaches Rem saying he is concerned about her. He proceeds to take her hand in an attempt to comfort her. Rem shuts homeboy DOWN! Because, as she says, “Just because you tell me how you feel, doesn’t mean I have to reciprocate!” Dam skippy. She also acknowledges the immediate and completely unearned sense of guilt many women feel when telling a guy they don’t have feelings for him.

The second instance was a slow burn. At some point, Kareem grabs Maya by the arm as she turns to leave their conversation. Kareem immediately apologizes and Maya shrugs it off, but everyone else is super agitated. Like, call him Ike Turner and talk about him getting “all assault-y”, agitated. And at first, I was confused. It seemed like something really small to be getting upset about to that level. Maya handled it the same way I would have.

I thought maybe it had to do with the Muslim taboo of non-married men and women touching. But that thought was not borne out in the rest of the series. Then I realized… it was me. Me and my conditioning that if I’m not actively bruised or bleeding and, well, he did say sorry, then it’s fine. Cuz I would have done the same thing and guess what fam, that’s ASSAULT. 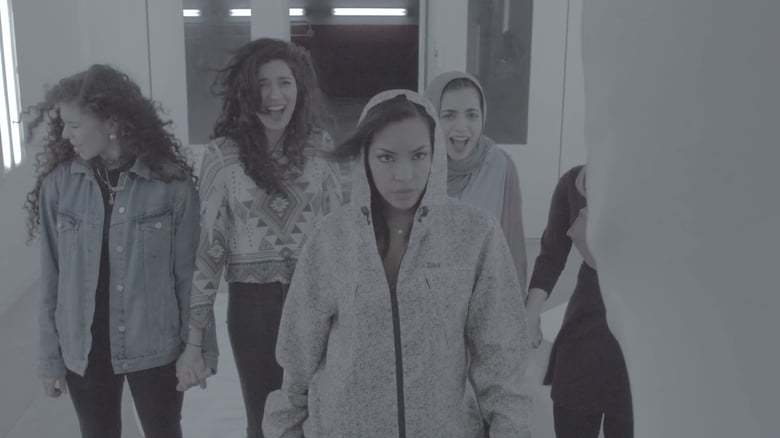 It Takes A Village To Fight A Paranormal Bigot

Every single member of the cast and crew is a part of at least one marginalized community. The women (and men) involved have backgrounds in many different spheres including comedy, acting, medicine, and business among others. This is not ‘just acting’ or ‘just a job’. Each person involved with this project lives at least some part of the show’s horror everyday. That makes the show personal in a way many mainstream shows with high profile leads aren’t able to achieve.

“The cast & crew of The Girl Deep Down Below is comprised entirely of women, LGBTQ people, and people of color. All costuming, sets, and talent were provided by the business owners and members of the Chicago Muslim community.”

And I live. The community and acceptance that resulted in the creation of The Girl Deep Down Below is incredible and inspiring.

The Sisters Are Alright

This is a low-budget, first season, web series. Despite the best efforts of the cast, sometimes that is incredibly evident. There is bad lighting and background noise, and there are some plot holes. The series is witty, however, and doesn’t take itself too seriously. The Girl Deep Down Below does what it sets out to do: show REAL Muslim women in all their nerdy, queer, undocumented, stylish, silly, and diverse glory. The Girl Deep Down Below has heart and plenty of room to grow. There is a lot to identify with in seven short episodes. But you should definitely take the time to do so. Come for the concept of Muslim Sci-Fi/Horror and fourth-wall breaking jokes, stay for the community and the chance to finally bring down the “White Man in a Suit.”

In my opinion, the only way to fix all those logistical issues I mentioned…is to come back even better with a Season Two! Check out the first season of The Girl Deep Down Below here. Make sure to scroll down and learn more about the project, cast, and crew. 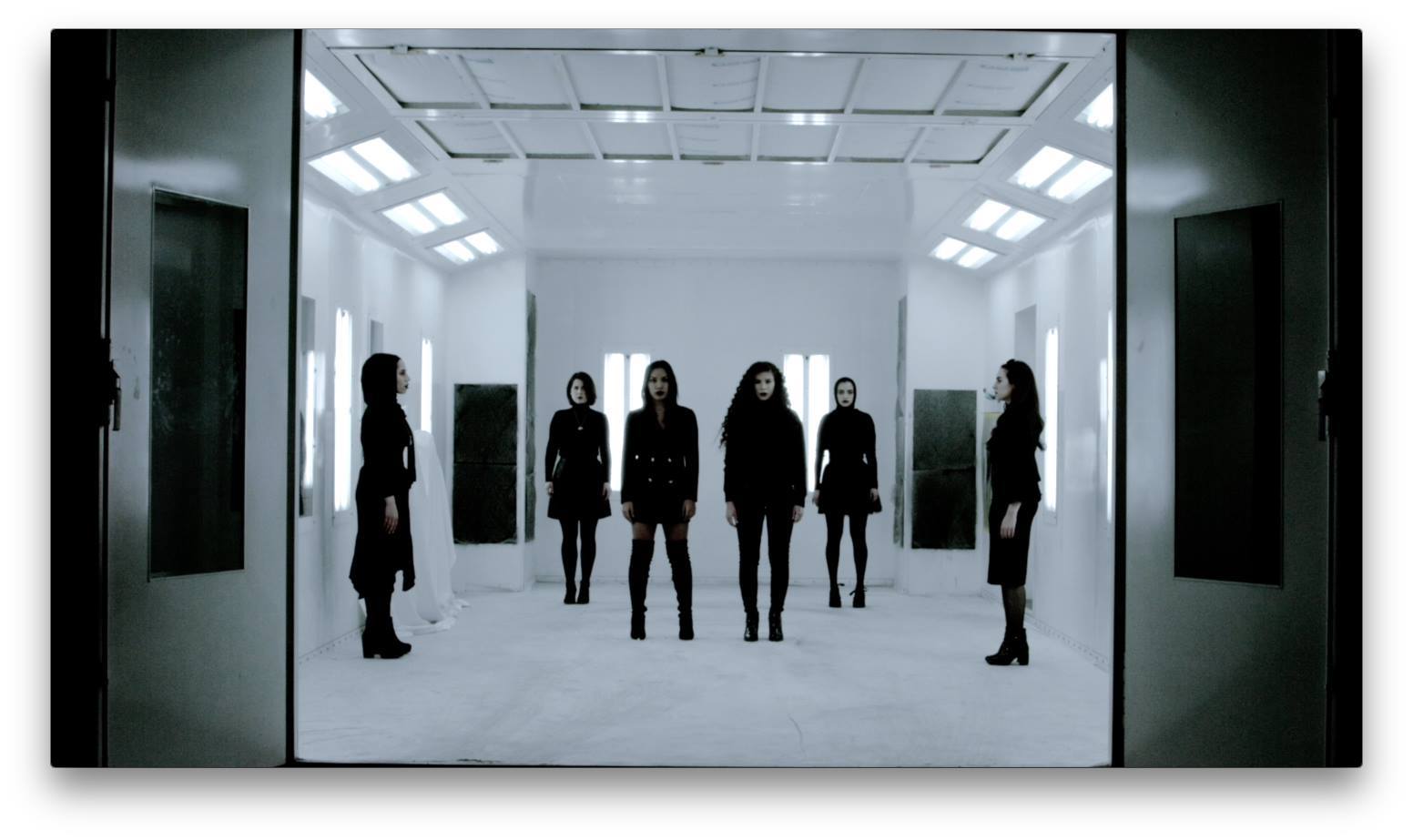