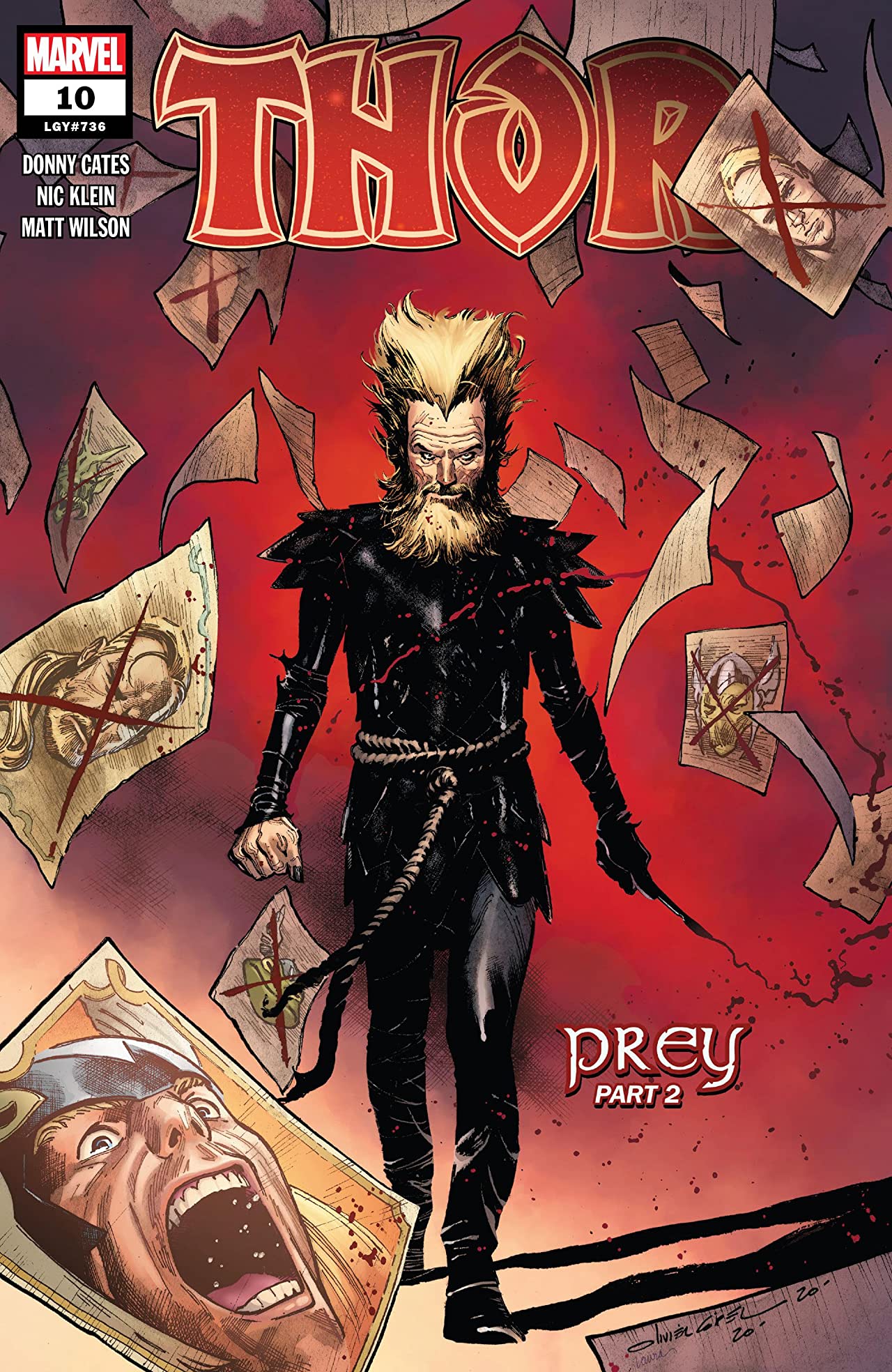 Have you ever seen one man take down a group of people with a scalpel? Oh, and not just people but warrior gods of Asgard. No? Well, you’re gonna learn today. One issue. One issue is all it took for Donny Cates to turn Donald Blake into a proper villain. While Donald Blake’s villainous turn was introduced as the last issue, in Thor #10 we truly get to see just how dangerous he is. What’s even more fascinating is seeing inside the mind of this newly darkened surgeon and finding out how his world became so warped. All is not sunshine and rainbows in Asgard anymore.

A lot of what builds the impact of Donald Blake’s return is the art by Nic Klein. The way he draws the action in the early half of this issue is vicious, brutal, and precise. That first couple of pages are particularly important as he sells the deranged and worn state of Blake, a man whose whole existence has shattered before him. And who can blame Dr. Blake? After learning in the previous issue that Blake was trapped in a purgatory of sorts by Odin, one where he woke up to the reality of his existence, it’s easy to see why he would be more than a little upset. When you think about the years he spent there, even in comic time, Dr. Blake’s ordeal becomes even more horrifying.

All of this is accompanied by Donny Cates’ writing, where he smartly gives us an inside look into Blake’s thoughts, and we learn a little more about what Odin may have done to Blake. I think what makes this issue just as compelling as the last one is that it does something that Jason Aaron’s run on Thor did really well. It puts the actions of the Gods into perspective and reflects just how they affect the people they are supposed to protect. Blake truly was just one of many tools used by Odin to teach his son a lesson, and Odin didn’t give a damn what happened to Blake in the process.

While the latter half of this issue slows down on the action, learning more about Blake’s awakening and his time in his cage is definitely enough to keep readers engaged. He’s an unpredictable character and that’s the most compelling part. We don’t know what this former alter-ego of Thor is planning, especially after running havoc throughout Asgard. Readers are in for good things with this arc of Thor and what happens next is anyone’s guess.