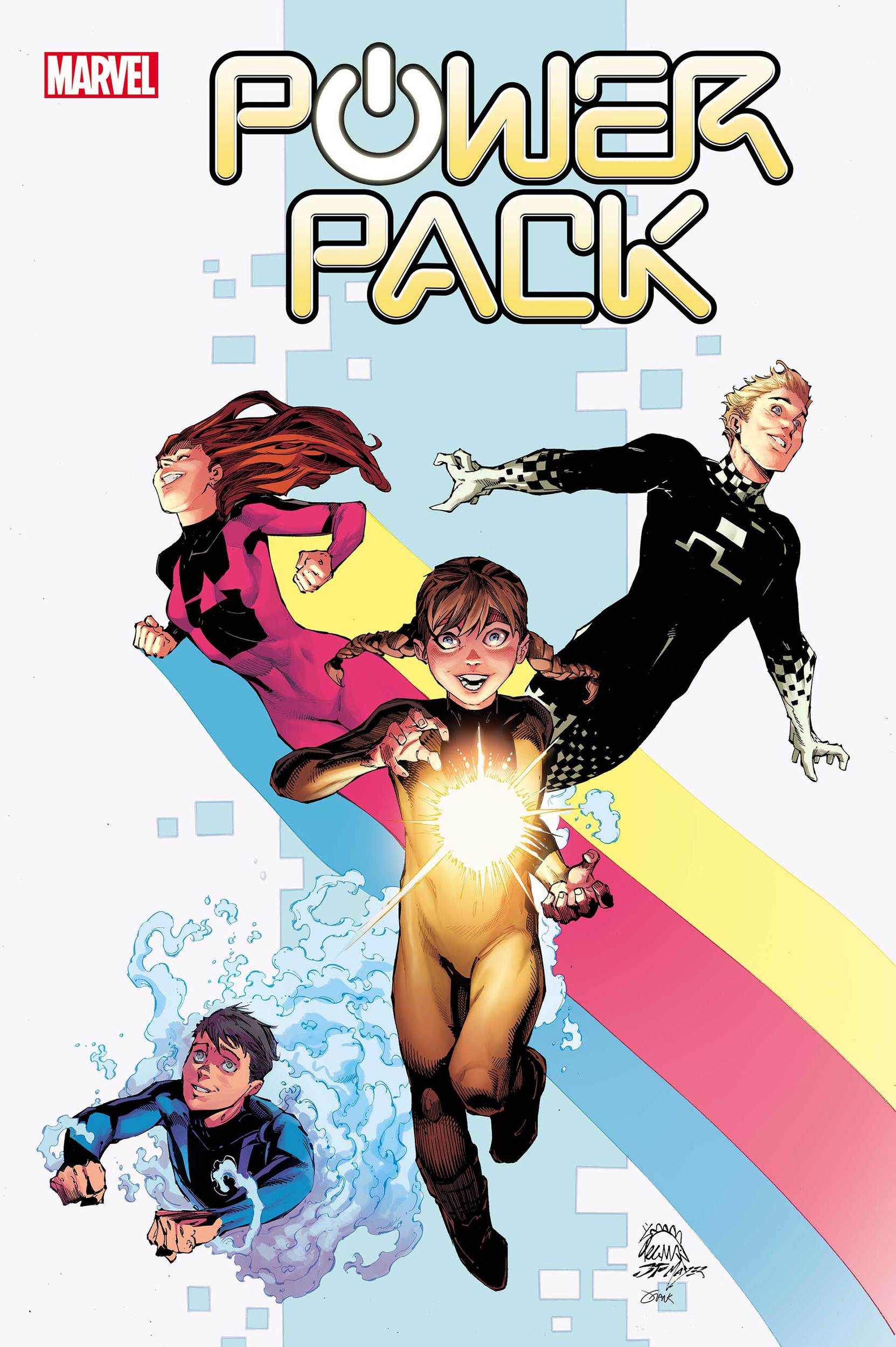 It feels like every day 2020 hit us with another unsuspecting Leaf Village Secret Finger Jutsu: One Thousand Years of Death. Despite the boatloads of crap this year has wrought, Marvel’s been busy setting up their legacy characters for the long run. Established super teen teams like the Champions and Young Avengers have been holding it down for some time. New books like Strange Academy have established incredible new locations, like a magic school, for dope young heroes to flourish.

Now, the Power Pack may have been Marvel’s original super powered kid team, but things have changed since their 1984 debut. They’ve been in a bunch of books, hung out with Wolverine, popped up in various timelines, and alternate futures, however the name doesn’t carry much weight these days. Despite all that, there is no denying that these four possess something special that deserves to be celebrated, and Eisner Award winning writer Ryan North, is beginning to do just that.

In Power Pack #1, North does an impeccable job of catching readers up on the Power Pack origin story, character descriptions, sibling dynamics, and reestablishment as an NYC based team of powerful pint-sized heroes!

Seasoned fans will find the issue to be a bright rehashing of things they already know, but hopefully they can find solace in knowing the book is written so dam well, and the artwork is precise and vibrant. The Pack also seems to be in the 8-14 age range (possibly older) and have earned some serious XP over the years. That could be the difference in this mini-series leading to an ongoing book and cementing themselves as members if this decade’s exciting young Marvel heroes.

My hope is that Katie, Julie, Jack, and Alex Power get to showcase their powers in a new and exciting way. My hope is that the Outlawed tie-in does this book a favor instead of holding it back. My hope is that they run into Miles Morales, Nova, and Kamala Khan and get inspired to be great. We’ll see if Ryan North can deliver.