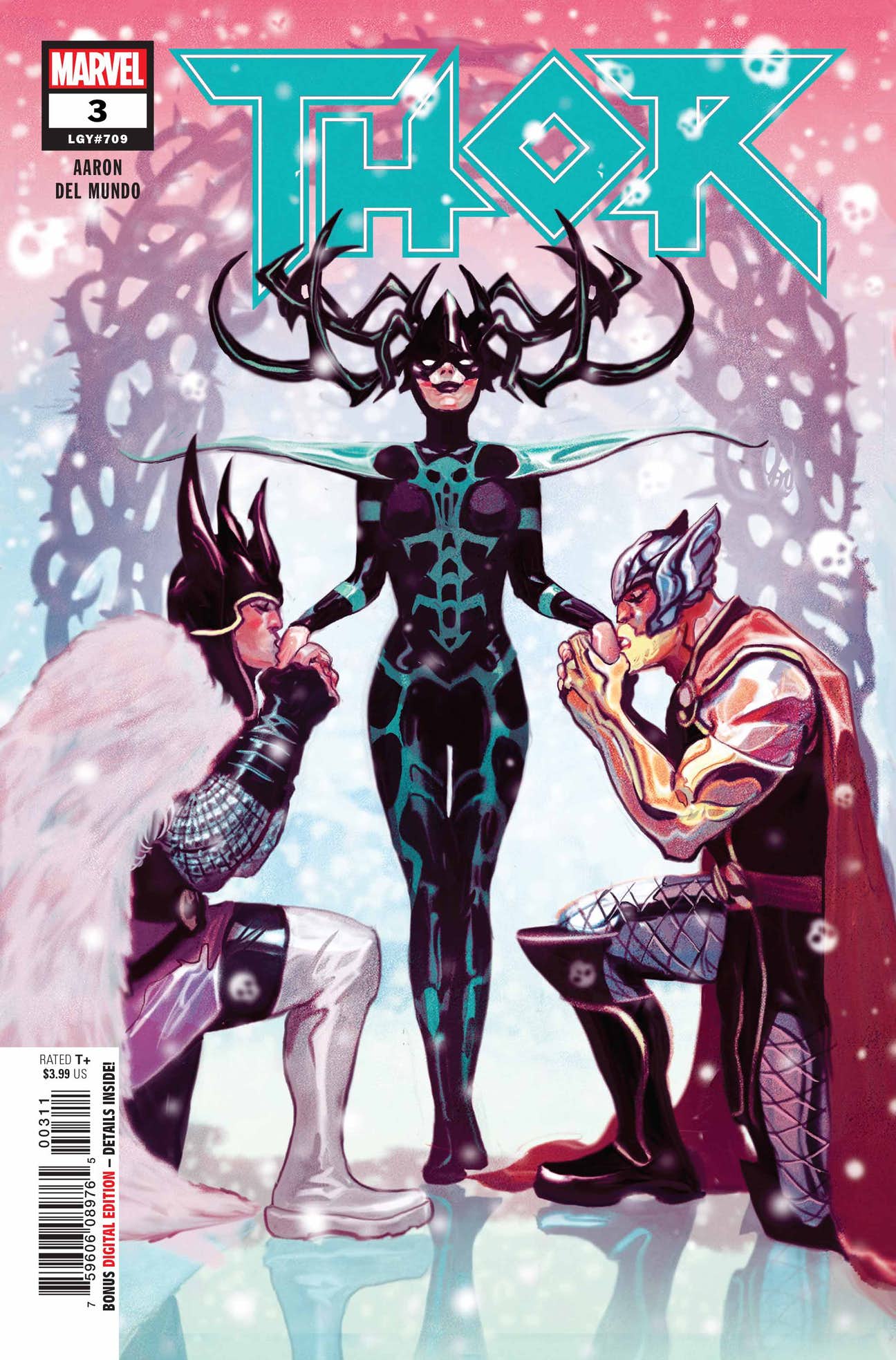 Three issues in and the Uru metal has already hit the fan. Jason Aaron has no shortage of obstacles to throw in the way of our heroes and he certainly throws them with Mjolnir force in this issue. Thor #3 gives us a welcome appearance from Hela and Fenris which results in a highly entertaining throwdown with the Brothers Odinson. There’s a lot of parts to this battle and the scripts balance it all out pretty well while still giving us a sense of the skin everyone has in the game.

The second half of the story has enough twists that are both chuckle-worthy and “holy shit” inducing. There’s a…”bonding” moment between Karnilla and Skurge that’s short-lived but priceless nonetheless. Even when it’s heavy on action and narrative punchlines, Aaron is telling a story with heart and that counts for a lot more than people give it credit for. Visually, Mike Del Mundo is doing a phenomenal job making this book his own just as Russell Dauterman and Esad Ribic did before him. 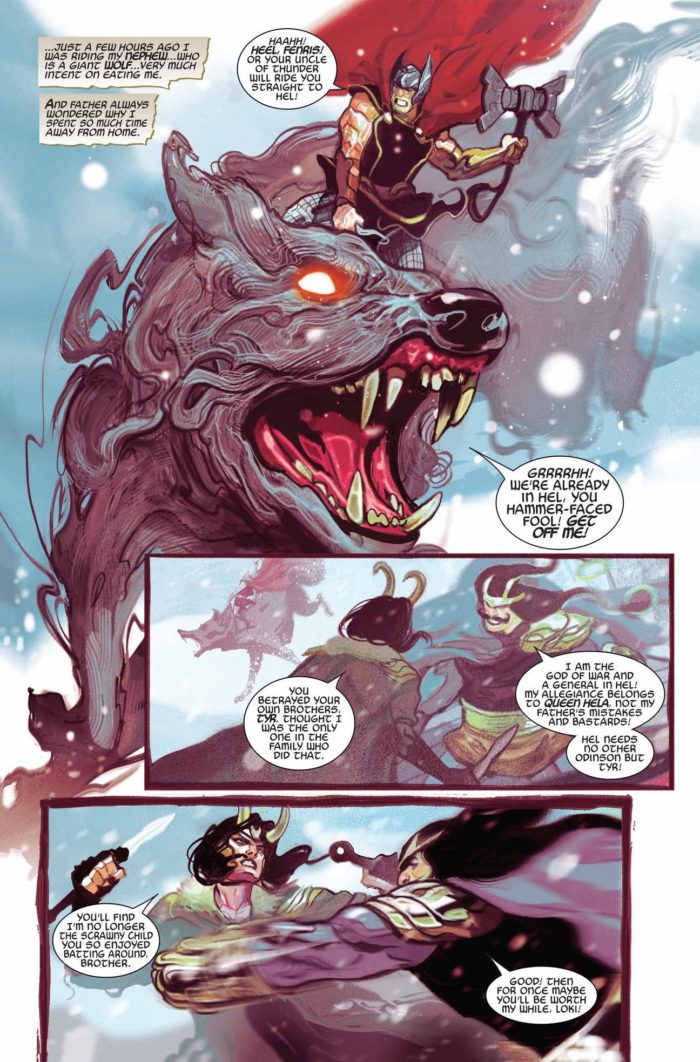 The color palette makes for an exciting book to look at even in the moments of exposition. Del Mundo is crafting the kind of images I would expect to see in scrolls or ancient tomes. His style always FEELS legendary and swings for the fences in its sense of scale.

Bottom Line: Aaron is at the top of his game writing this book. If I were to dream up the perfect big budget premium superhero television series, it would probably be storyboarded a lot like this. And it still wouldn’t be as good as this comic.

9 Cate Blanchett appearances out of 10