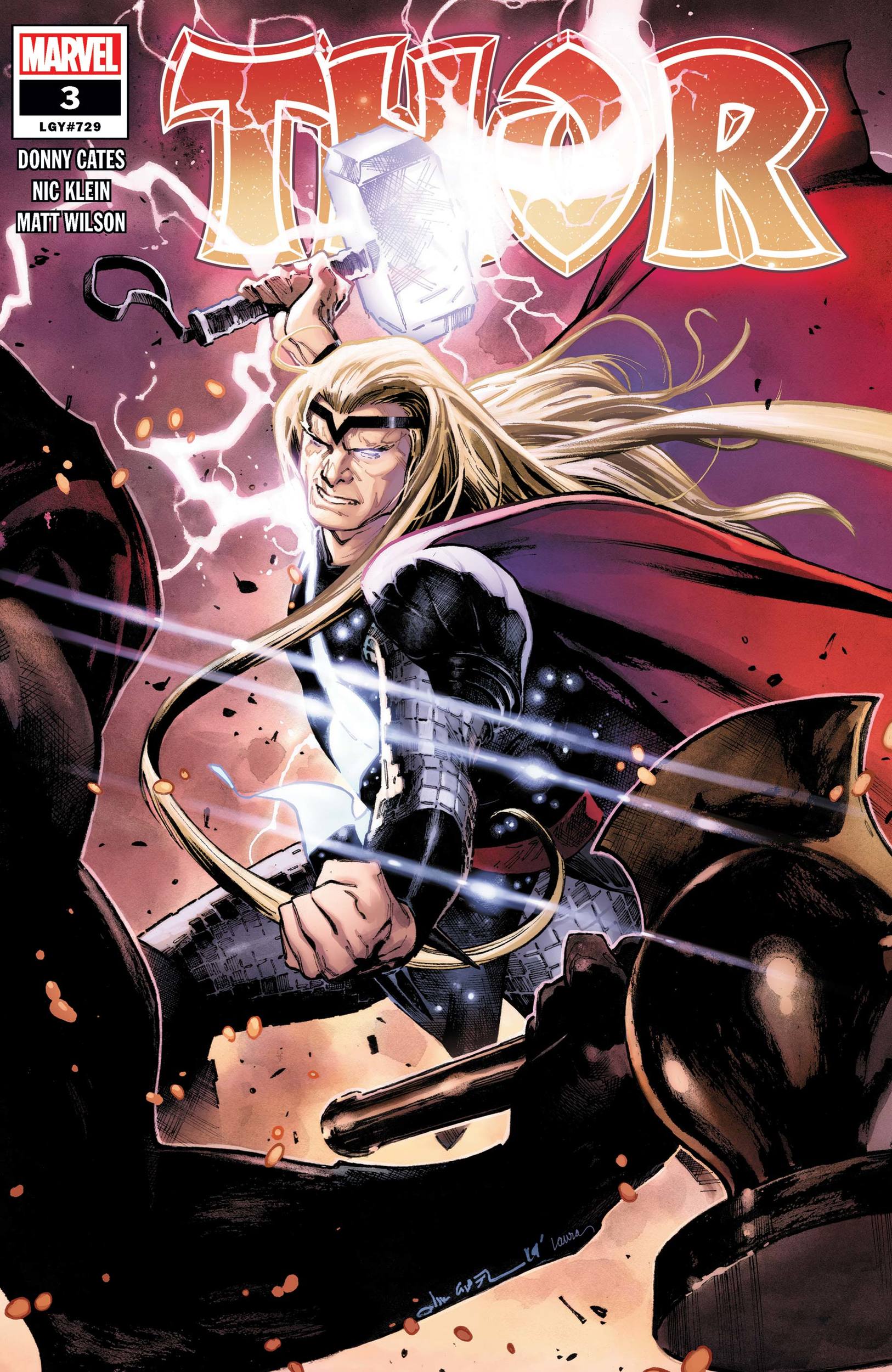 Thor is now King. He’s remade Asgard in wood and bone, instead of the gold of its previous All-Father. The world tree Yggdrasil is dying and right when Thor was about to give his glorious peace to all ten realms, now and forever speech, Galactus crash lands on hundreds? thousands? of Asgardians and says the black winter, the star plague is coming. He enlists Thor’s help and transforms him into the herald of thunder. Silver surfer glides through, lookin sleek as the night sky in all black, and explains the only way to stop the plague is by helping Galactus get back to full strength by going Thanksgiving Day Kirby on a few special planets. Thor escorts a hurt Galactus to one of these 5 orbiting spheres that are rich with unique energies and has to put the cosmic creation in his place to stop him from devouring the world AND all of its inhabitants. Thor hits Sif on the speed dial, she creates a bridge to Asgard, and all the citizens of that place are safe. Good thing too cuz Galactus goes into hangry mode, resulting in him destroying the entire planet. Beta Ray Bill arrives just a tad too late to stop Thor and his new bestie, but is ready to show his brother why the name Devourer King fits him more than he ever wished it would. 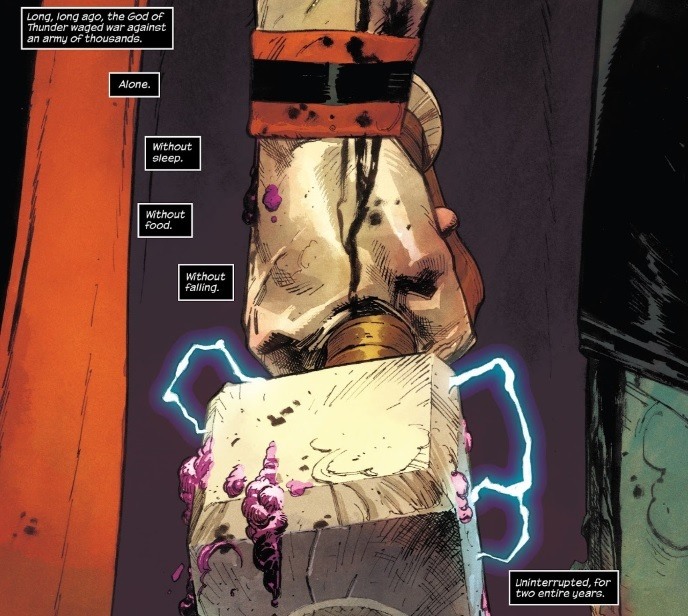 The intro to this issue right here tho?! This one right here my ninja!? One of the hardest, most epic introductions in comic history, idc idc IDGAF what you think! I’ve always loved Thor but clearly, I never gave his comic runs a fair shot. After basking in these straight BARZ I can’t wait to read Jason Aaron’s Thor and many more after that. Now I know there’s a robust contingency of fans who ride for Beta Ray Bill, but every bone in my body was telling me this couldn’t end well for him..and while it didn’t, homie dam sure put up one hell of a fight trying to stop Thor’s traitorous ways! In his eyes, the new All-Father assisting a cosmic being in his mission to consume all these enriched worlds is an offense he cannot allow on his watch. 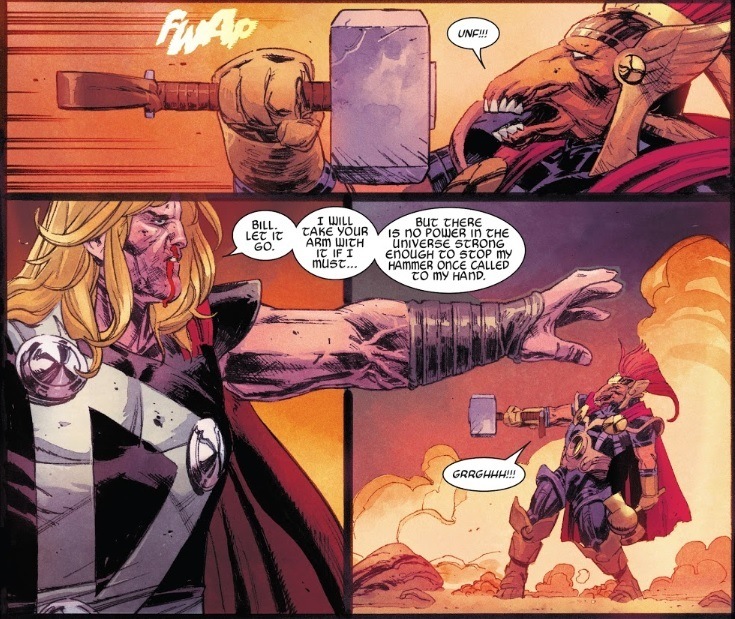 For me, it’s about the small moments that happened throughout this bout. Thor ridding himself of the power cosmic to show Beta Ray that he’s not being controlled by Galactus; so powerful, Bill catching the hammer before it smashes his face to smithereens; eye opening, and Thor’s warning that resulted in a broken Beta Ray in more ways than one; sobering. 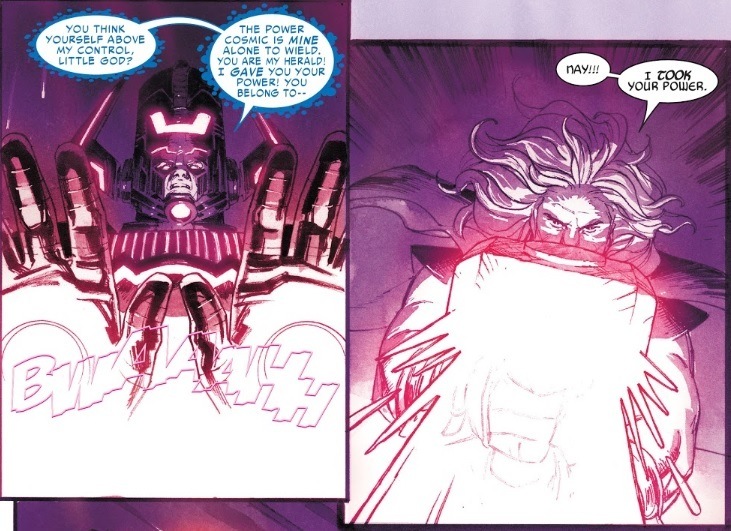 Nic Klein has been putting in workkkkk from the jump. Like the 2 issues before it, the opening pages of this book are absolutely breathtaking and sport some of the coolest pages I’ve ever set my eyes on. Cates has created a version of Thor that breathes life into the God of Thunder and creates some actual urgency for a God so strong he has bested Galactus twice now.

8 Backhanded Slaps Into A Moon Out of 10