There are some stories you hear about as an Angeleno, that stay with you forever.

While I was not born in Los Angeles, I was raised there and lived most of my life in the city.

Latasha Harlin’s death in the early 90’s was one I would think of from time to time growing up. I would look at her picture, the black and white photo circulated. I would search her face, look into her eyes, see the curl of her hair and wonder who she was. Wonder why her life was cut short. Wonder what type of life she would have led if her life was not forfeited.

Initially released April 28, 2019, A Love Song For Latasha directed by Sophia Nahli Allison’s does something different with the slain black teen. This documentary film removes Latasha from the context of her death and rebuilds an archive of a promising life lost. Nearly three decades later, Allison’s vision brings us a dreamlike portrait of a vibrant 15-year-old girl whose shooting death sparks the 1992 L.A. Riots.

Evermore important, as her death is a spark in a long line of tragedies and instances of violence against Black folks –the vicious beating Rodney King that was recorded and shown around the world overshadowed hers. While I have family members who went to protest at the courthouse when the judge proceeding over the case, gave the convenience store owner who killed Harlins, a light sentence of community service–young Latasha Harlin’s life has been erased, dismissed, and glossed over in much the same way the coverage and history of those turbulent times.

According to director, Sophia Nahli Allison, she couldn’t ignore how Black girls are objectified as adults in a corrupt system. She also points out how easily Black people can be erased or forgotten, noting how media can get information wrong, and it’s never corrected.

[Multiple outlets since her death have incorrectly reported her date of birth as July 14, 1975. Latasha was 15 years old, a freshman at Westchester High School, and her birthday was January 1, 1976.]

The film challenges the restrictions and constraints of conventional documentaries by visually articulating both the public and private spaces that Black women and girls must navigate and coexist in. As a native of South Central Los Angeles, I created A Love Song For Latasha as a spiritual archive for the community. The film is for every Black girl who has ever been erased, silenced, or discredited. We will always see you and fight for you. This is for Ty, Shinese, and Tasha.”

A Love Song For Latasha earned Sophia Nahli Allison an honor by way of Best Director Reel Sisters of the Diaspora 2019 as well as having a presence: International Premiere Sheffield Doc/Fest 2019, World Premiere Tribeca Film Festival 2019, and even a Official Selection Sundance Film Festival 2020.

I am always hesitant to see people become the faces of movements. Living persons and dead. Sometimes…speculation and hearsay and myth-making create figures that I think don’t get the shadow of a doubt, don’t get sympathy. People, through history, won’t always give these faces a chance to be humanized.

I know too many dead Black folks: Black men, Black women, Black boys and girls of all ages and walks of life who never get to defend themselves.

To speak for themselves. To sit at a table and eat their favorite meals or make a cup of coffee or drink a soda on a porch during a hot summer.

I know too many Black folks who don’t get a chance to follow their hopes and dreams or even fully realize them.

Latasha Harlins is such a Black girl.

I love the phrase Black Girl Magic, coined by Cashawn Thompson used to a global movement meant to uplift Black women and girls. I think of how Black girls and women are not always given the time and space to be vulnerable, to be soft, to be heard, to be magical. It looks like director Sophia Nahli Allison is framing Latasha’s story with magic realism–telling her story without trauma being at the center–and instead “rebuilds an archive of a promising life lost”. With oral history and memories from Latasha’s best friend and cousin, the doc film will present a “dreamlike portrait that shows the impact one brief but brilliant life can have.”

A Love Song For Latasha will be available for viewing on Netflix on September 21st. 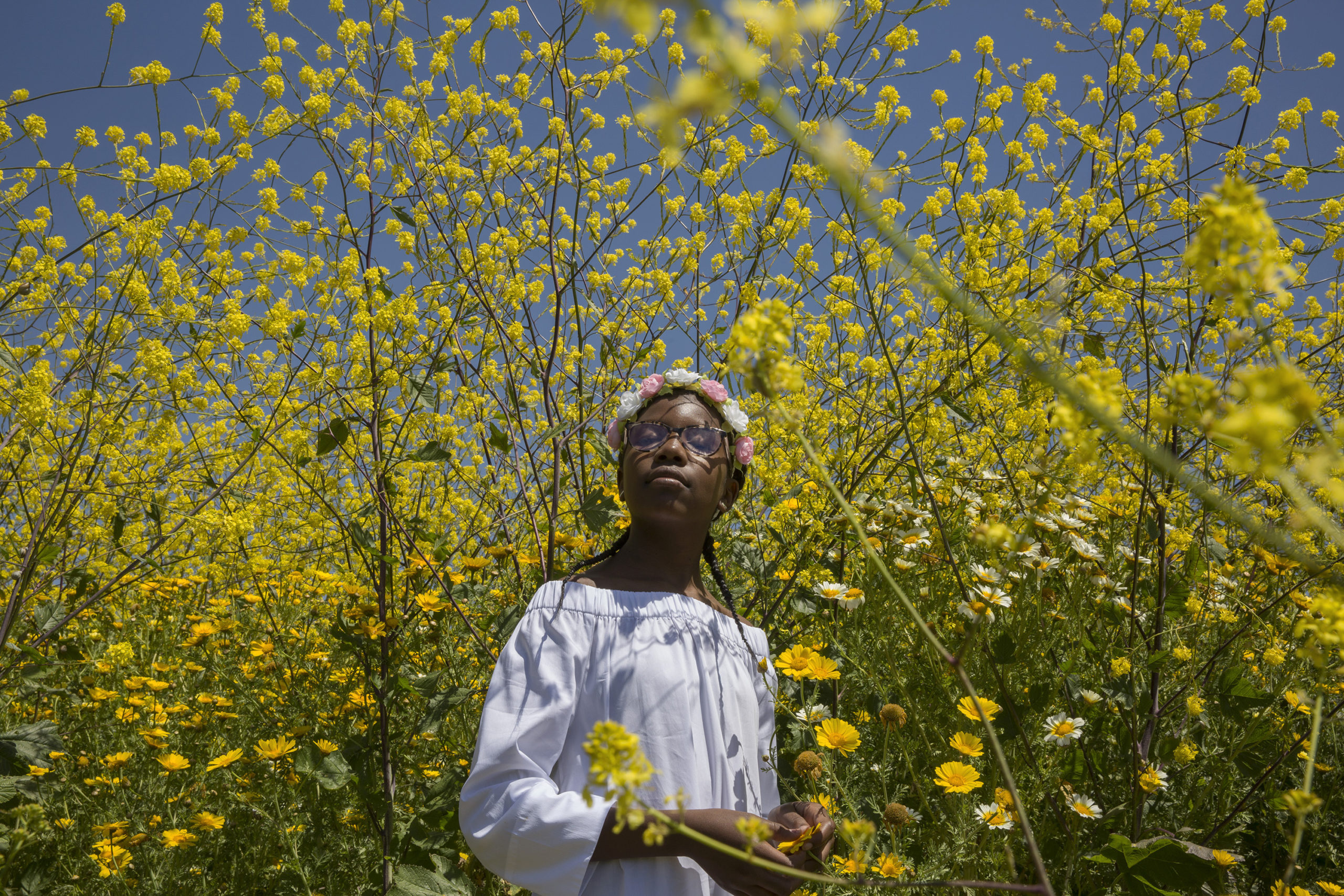