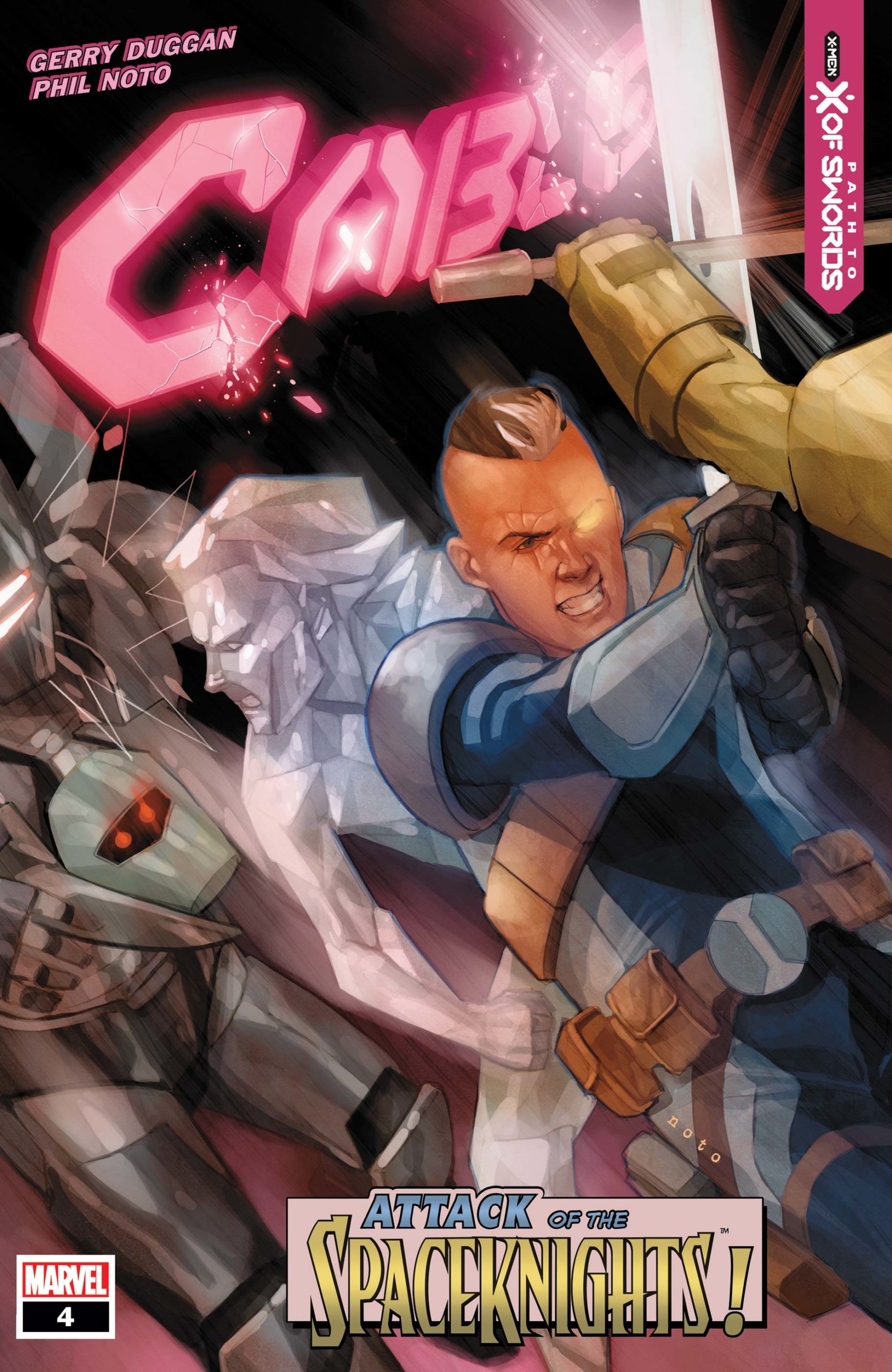 While there wasn’t much depth to it, this was a fun little issue of Cable. Center an entire comic arc around a super powerful sword, throw in some cyborg space knights and a dash of romance, and you got yourself a recipe for entertainment! Phil Noto kept the artwork tight, which was a big reason this book was able to hit its mark.

Honestly, the history of the Galadorian Ronin is wildly tragic. They’re just out here trying to find a new home, but babyfaced adrenaline junkie Cable is too caught up in his obsession with a cool weapon to realize he’s the asshole in this scenario.

One in Bed With the Cuckoo’s Nest

Cable’s relationship with the 5 Cuckoos has become so over the top, but I love it. I don’t know why Emma Frost wants him to break Esme’s heart but it don’t look like it’s going down anytime soon because she’s actin like the Holly to Jacob Latimore’s Bo in Slight right now (BNP inside joke).

If a woman is willing to accompany you all the way to the forgotten borough, Staten Island, grave rob your future body and stick by your side while you backstab a race of homeless, bodiless, swindled ex-cons. I can’t imagine anything breaking that bond. Especially when she fully embraces bae dating her sisters when it’s not her day in the sun. I mean, we are finally living in a world where poly love is real and accepted, so it made sense? that these ladies would share someone some day. I guess Kid Cable puttin in that work at the Quarry was all the flex needed to catch their eye.

I found it a little naive of Duggan to have Cable prancing around the base on the moon like he didn’t massacre an entire ancient civilization for a sword, albeit a dope ass one. Then he got Mr. Let Him Get His Child Snatched Summers behaving like he came straight out of Pleasantville! I love Cyclops and his family of Pharoah’s blood descendants, but the ending of Cable #4 was a strangely twisted one.

Reading Cable? Check out our other reviews here.