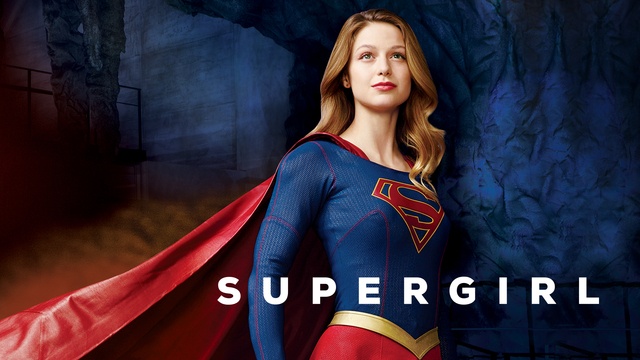 If you’re anything like me, you’ve been hard at work contemplating the decision to watch the new Supergirl show, or let it become an afterthought in a somewhat crowded field of super-powered programming.

I peeped the trailer a few weeks back and thought it looked alright. Not bad, but nothing that really popped and made me think, “Damn, I’m gonna watch the shit outta that new joint.” Nah, it was much more of a skeptical, “Ehh, looks okay. Kinda Flash, kinda not. Nope. I can’t do it. Nah, nah, let me stop being petty and give it a shot.”

Being a big fan of both Smallville and the more recent Man of Steel, I could only ponder what they believed they had to offer us. You don’t just come up with a decision to make a show about the other Kryptonian and hope for the best. There had to have been so much thought, planning, fact-checking, and re-tooling that went into this TV show that CBS was probably regretting, or at least rethinking, their decision like whoa. Not only did they take an incredible risk creating a show about a Kryptonian not named Superman, but they went with the hardest decision they could’ve had on the table: bring a properly represented, little known, empowered female superhero to the small screen. 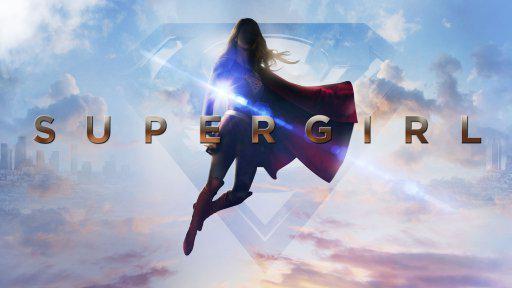 We all know about Gal Gadot’s Wonder Woman soon gracing us with her Amazonian swag, which would’ve been the easiest route to take. Instead they’ve gone full mild-mannered reporter on us, dropped the first episode of Supergirl like it was hot… and it was kinda hot!

Let me break it down for you.

This show is everything that everyone wanted in The Flash — bright, energetic, sometimes comical, yet always ass-kicking fun. But what this show has done differently is throw the assumption that this was going to be a less violent or softer show and completely upped the ante on the super-powered end. That’s something I never thought I’d say. Ever. But good LAWD it works so well.

It didn’t hit me until halfway into the episode either. As I’ve been watching Flash and Gotham (we don’t talk about Agents of Shield), I’ve forgotten about the craving that comes with wanting to see the craziest powers you can feast your eyes on, which is the reason we pay so much for these Marvel and DC movies. This show brings the flight and super strength. This show brings the laser beam optical death ray. This show brings the x-ray vision and super hearing. And nothing really feels forced. Unveiling these types of powers in the premiere of a TV show like this can go one of two ways — look cheap, or look good. They looked good. The battles with Vartox looked like they were damn near big-budget movie level. And it paid off! The show killed its premiere and pulled like 13 million viewers.

The Trailers and Commercials Really Didn’t Do Supergirl Justice.

Outside of Supergirl, the other characters will receive the brunt of the show’s criticism, although, I thought they were pretty good additions to Kara’s crew and made for a balanced cast. All except Kara’s coworker, Winn. He’s the worst.

Up first is the obvious lead, Kara Zor-El.

She works at CatCo Worldwide Media, an online and print powerhouse in National City. She’s slightly awkward, but not cringe-worthy. She’s pretty… but only when her glasses are off. She’s also a pretty dope Supergirl. Don’t sleep.

She runs the company where Kara works… and makes Kara, the most powerful woman on the planet, get her coffee. A lot. It’s pretty horrible and hilarious considering how accurately she represents that bougie The Devil Wears Prada life.

Watch out now! We have a surprise casting in the talented Black brotha department. The infamously White Jimmy Olsen is a tall, dark, handsome man that just got a job at CatCo. During his introduction to Kara, there’s a James, not Jimmy, Olsen line that people may have a beef with. Didn’t hate it. All episode I thought he was smooth as velvet.

Her human sister Alex isn’t the person Kara thought she was. She’s been urging Kara to hide her powers, but Kara has had the urge to help people her whole life. We soon find out that Alex knows a lot about super-powered individuals, being a secret member of the DEO (Department of Extra-Normal Operations). The moment of truth where Kara has to make the decision to reveal herself in order to save her sister? Money.

One of the best airplane-saving scenes that I’ve seen done, for real. And the final showdown with Vartox was impressive looking. It’s clear they took their time to make the hand-to-hand game look proper and spent whatever was needed on the special effects and CGI that make a super-powered show look real enough to impress the nation. I’d advise everyone to get down with Supergirl.