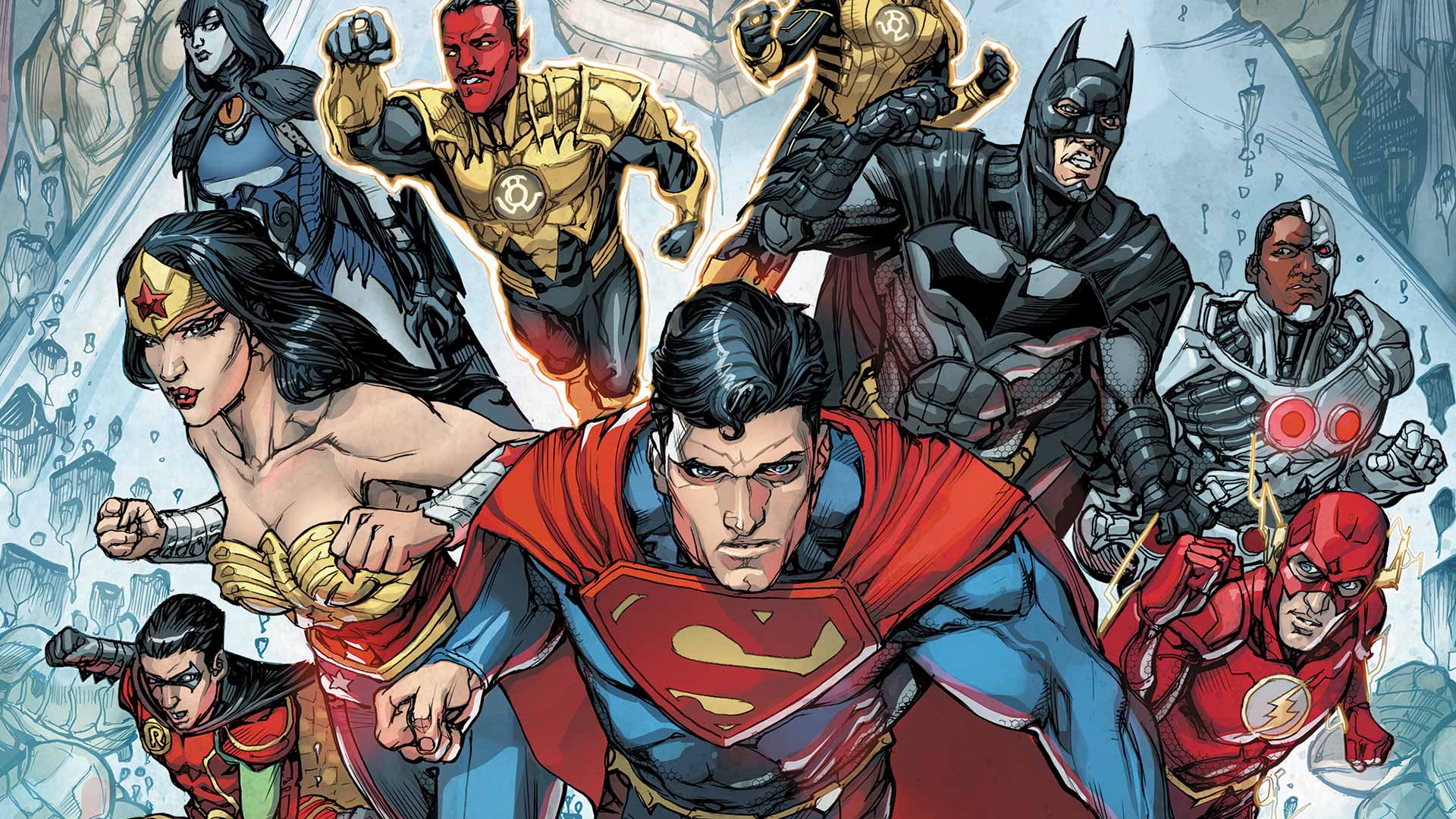 Hey, everyone. We need to talk about Tom Taylor. Why? Well, he hasn’t done anything wrong. In fact, it’s the opposite. He might be doing things too damn well. You see, Elseworlds/What If? stories are my jam. It’s one of the reasons I like books like Multiversity, Into the Spider-Verse, and Dark Knights: Metal. Some are wild, some are crazy and others are just really good deconstructions of the heroes we know so well. Which brings me back to Tom Taylor. I can’t think of anyone else right now who writes this genre better than he does.

Okay, I can’t make such bold claims without pulling up the record. Let’s start with the obvious one – Injustice. Netherrealm, the creators of the game and Mortal Kombat series, deserve some props for the creation of Injustice. But if you look at the mainline games, the core story runs along the lines of your average superhero romp. The first game is essentially a traditional version of the Justice League against warped versions of themselves. Meanwhile, the second game unites those corrupted heroes against a common threat. However, it’s in the Injustice Year 1-5 comic books that really lay out what makes this universe that Netherrealm created so special.

Tom Taylor dives into events right after Superman kills the Joker. Taylor evolves Superman into this warped version of himself. We get to see what happens when the world’s most powerful man decides to use that power to control the world and force it into peace. Taylor literally builds the framework for the Injustice world and continues to do so for the sequel series. It’s so good, it made me curious as to the difference in quality between the story and comic book. I was surprised to find out that Taylor doesn’t write the story for the games. Something that surely needs to be rectified by the time an eventual Injustice 3 rolls around.

And Injustice is just the start of Taylor flexing his Elseworlds muscles. His recent hit, DCeased is probably one of the best comics I’ve read from DC in a long time. If you haven’t read DCeased, get on it. In this alternate timeline, the Earth is hit with an antilife virus that infects the internet and turns half of the world into zombies. And not just any kind of zombie. Those infected can find the living anywhere in the world and they’re intelligent too. Within less than half a year, the series already has several spinoffs. You don’t believe me? Check out our reviews from our other staff members, we loved it.

These are just a few of the books he’s written. I haven’t even mentioned Justice League/Power Rangers. That concept pretty much sells itself. It’s just so damn fun, which keeps in the spirits of Power Rangers. I mean, Batman has to deal with sarcastic teens, Green Lantern vs. Megazords, and giant monsters. What’s not to love. Even Taylor’s in-universe books like All-Wolverine (best Wolverine btw), X-Men Red, and his current run on Suicide Squad are all certified hits.

Running Wild With a Concept

I think what sets Taylor’s writing on these kinds of stories apart from others, is how well he knows the characters. The books are intriguing because of their premise but it’s Taylor’s knowledge of how these characters will react or what it will take to break them that makes them so good. He stays true to the characters. He knows how to craft the right circumstances and make use of the concepts he’s working within. The writing is just filled with moments that just take advantage of the world he’s working in and anything can happen.

In Injustice, we believe Superman is going bad. Harley and Green Arrow’s friendship, the war between Superman’s Regime and the Green Lantern Corps., Flash’s internal dilemma as Superman slowly takes over the world. In DCeased, the relationships formed out of the apocalypse are genuine. Damien becoming Batman, Jon taking over as Superman and Cassie continuing Wonder Woman’s legacy feels earned. If anything, DCeased and it’s spinoffs highlight the circumstances it takes for many of the villains to finally do good and show that they have heart.

You only get this type of excellent storytelling for someone who knows how to work the concept. Let’s not be shy, these are amazing ideas that Tom Taylor is either coming up with or making the best use of them. His imagination is crazy and all bets are off when characters enter his hands. Essentially, DCeased is The Walking Dead if it had superheroes. Injustice is DC’s version of a civil war between its heroes and how both sides are worse for it. It’s compelling narratives that grab readers’ attention.

What’s exciting is that Tom Taylor is not done telling these stories. Marvel’s upcoming Dark Ages event looks to be “What if the Marvel Universe suddenly experienced Y2K?” While we’ve only had a preview of the book, I trust Taylor’s work will highlight our favorite Marvel heroes and how well they adapt to the new world order, especially favorites like Iron Man. Taylor’s also returning to the Injustice universe with Injustice Year Zero. We get to see his version of the Justice Society and how the Injustice universe’s superhero world was born before tragedy leads Superman down a dark path.

Not to put more on Taylor’s plate but there are so many other concepts he could tackle and I would love to see what he could do with them. Let Taylor take on Tales from the Dark Multiverse. Hey, if Marvel wants to reboot the Ultimate Universe, he’s the perfect man for the job. Hell, give him a Marvel vs. DC book and team him up with artist Stephen Byrne. At this point, I trust the man with all the non-canon stories. Give the man his flowers, he deserves it. Am I wrong? Let me know. For now, I’m going to read everything this man comes up with because I know I won’t be disappointed.