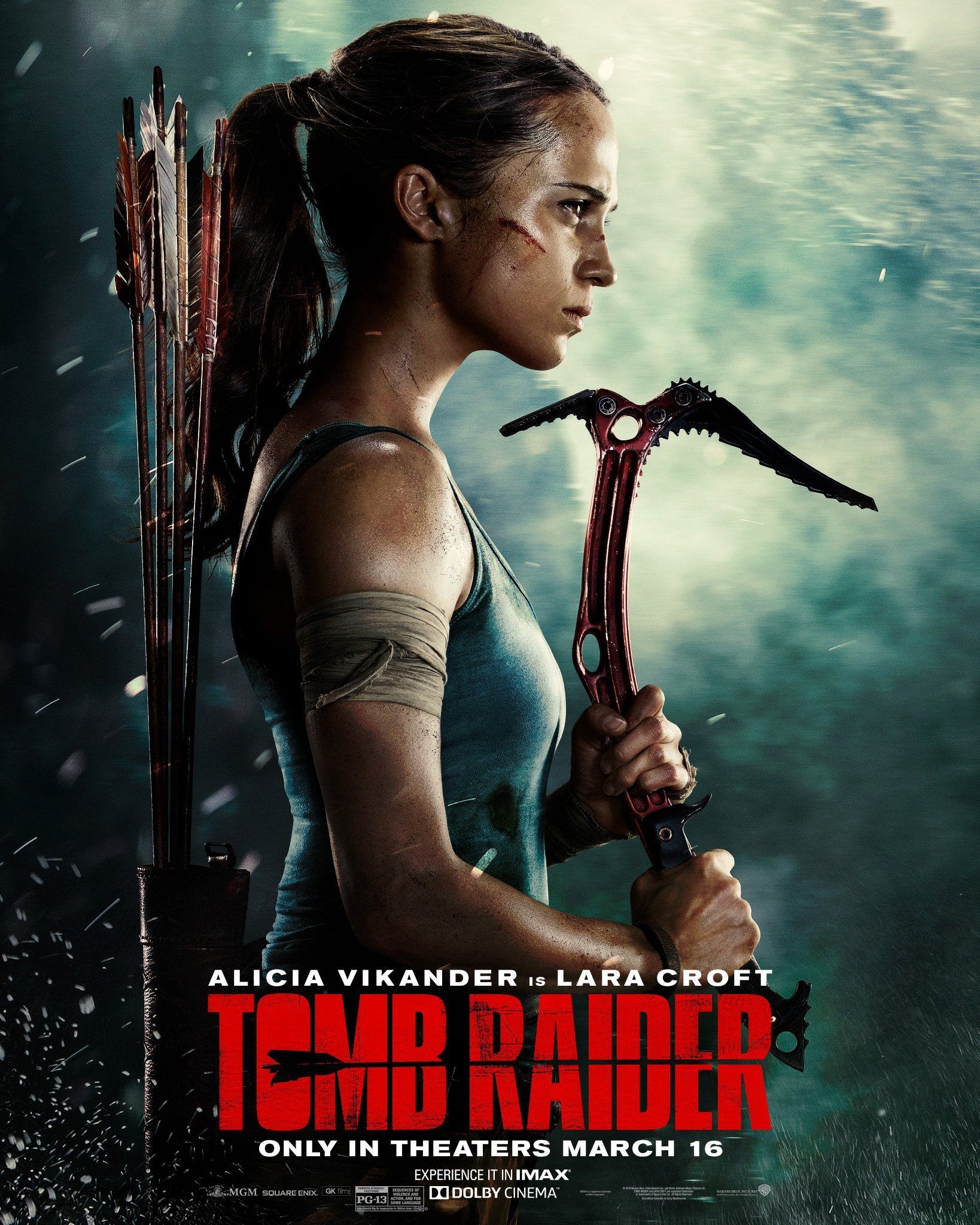 A Forgettable Tomb Raider, but a Hopeful Future for the Reinvented Lara Croft

When you learned there was a new Tomb Raider coming to the big screen you should have been unsurprised – Lara Croft has been high on remakes lately, from its Tomb Raider comic from Dark Horse to the video game reboots that inspired it with a sleeker, more athletic heroine. The new iteration of Tomb Raider follows suit, playing appropriately like a video game, following a younger Lara Croft closer to the roots of her daredevil antics. And while the movie is fun, you will remember it for being keenly unmemorable outside Lara herself, played by Alicia Vikander.

The first act introduces Lara as instantly likeable as she’s being choked out on the mat of a boxing ring, needing to be convinced to tap out before she loses consciousness in a meaningless spar session. That’s that Vegeta fighting spirit right there – we don’t love you for winning, we love you for that pride. Just like that, Lara is shown early as a fighter and adventurer, capped off by a high-speed bike race through the city that feels something like Joseph Gordon-Levitt’s Premium Rush.

Lara herself is endearing in the unique way of a rich person who doesn’t hide their wealth but forfeits it altogether – this wealthy heiress running bike races to earn money – trying to get by, at least for a while, on her own. Her spirit is the type to want to prove something to themselves, that they can be fearless, and it doesn’t take long to get a feel for the pacing of this Lara’s version of Tomb Raider as fast, erratic, athletic action: the type with countless scenes of someone sprinting.

As for the plot, your expectations are met at their basest level, somewhere between a 90s video game and a book you ordered from your middle school’s Scholastic catalog. Goosebumps, minus the horror – plus you’re an adult. Lara’s father (Dominic West) has a penchant for solving mysteries, as shown by the frequent sight of puzzles and mazes everywhere from his last will and testament. And, you know, the labyrinth of bushes in his mansion’s front yard. When he passes away, he leaves a message for Lara that begins her adventure to learn about his life’s work, the reason he died.

Broke but driven, Lara’s newfound quest brings her to a semi-kindred spirit in another orphan named Lu Ren, played by Daniel Wu. Lu Ren balances her sense of adventure with a higher value for self-preservation. Also a bit of greed for money, enough to be a sidekick whose character arc is to prove they’re more reliable than suggested.

The Achilles heel of Tomb Raider is a simplicity that works for an interactive game, that doesn’t quite translate to the big screen. Exposition is given so easily that any payoff feels unearned, as you had no foreshadowing to predict outcomes. Lara is as likely to discover a puzzle as she is to solve it a second later. In one scene in the second act, Lara is attacked on a jungle island by a man who tracked her. How did he track her? Fill in the gaps yourself, as everything is meant to be obvious or not worth sharing at all. 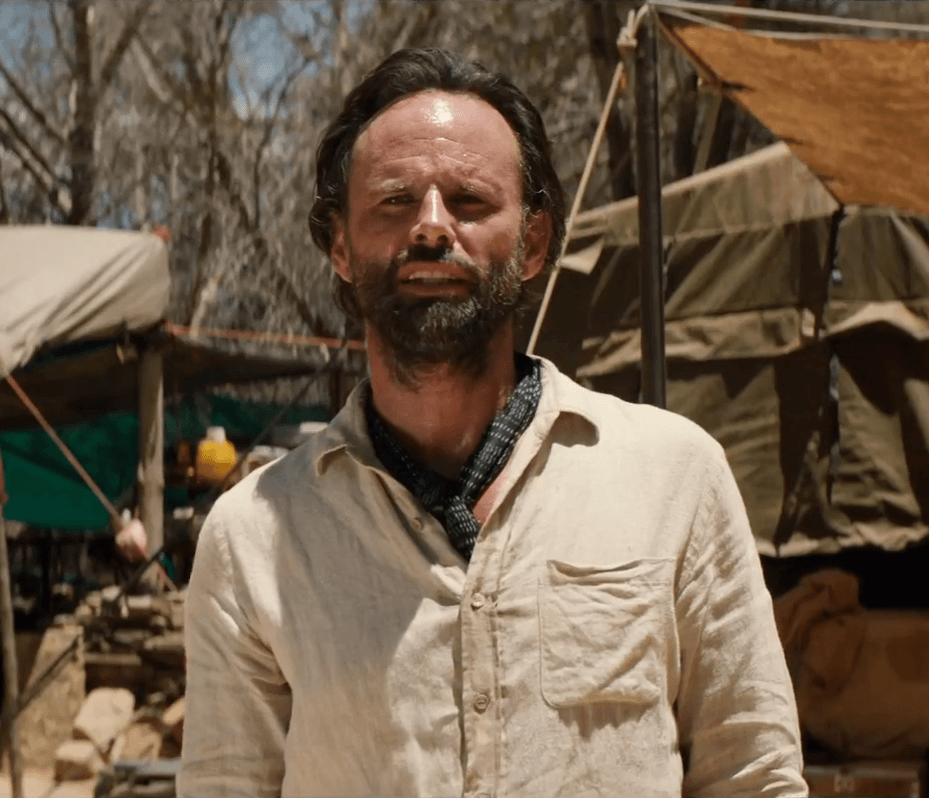 Lara find her nemesis in a man named Mathias Vogel (Walton Goggins), a man who traveled to that island with her father, Richard. Mathias is still alive though, having spent seven years virtually alone, so you can fill in the pieces on what might have happened to Lara’s father as the two men were hunting for mystic treasure.

Tomb Raider is full of random danger with random solutions, mostly unearned or poorly foreshadowed, but it’s almost difficult to hold it against the film once you know what you’re watching. You know there will be a villain’s display of brutal violence to note them as the villain, a thousand whizzing bullets without accuracy, and a racing river that undoubtedly leads to a waterfall. The video game-style adventure and constant randomized danger reflects a self-aware film that knows what it is, and knows what it’s trying to do, which is to let Vikander shine as a new kick-ass woman hero and rebirth a recognizable franchise that will have several movies to come. 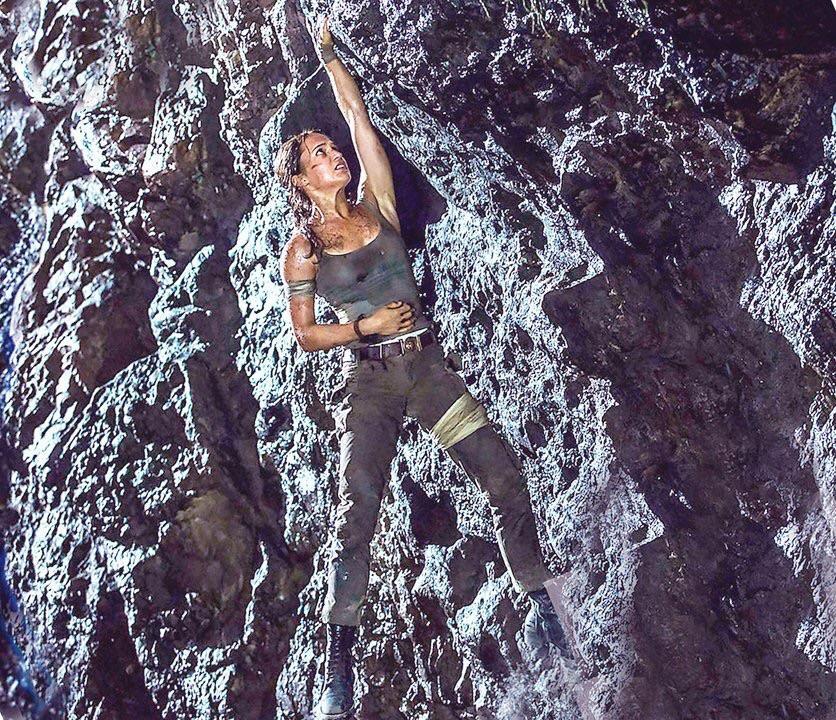 Viewers will constantly lose track of the plot amongst Tomb Raider’s frequent fights for survival, the plot only allowing you to look at the present danger in front of you before presenting the next. Before you know it Tomb Raider will be over and be remembered as a collage of leaping action and running scenes, of which there are plenty. In the meantime, though, you will have fun watching Vikander’s Croft, embrace her bravery as she builds the swagger we came to love. Enough that you may hope for a better movie to be written for her somewhere in the future, because her character deserves it.