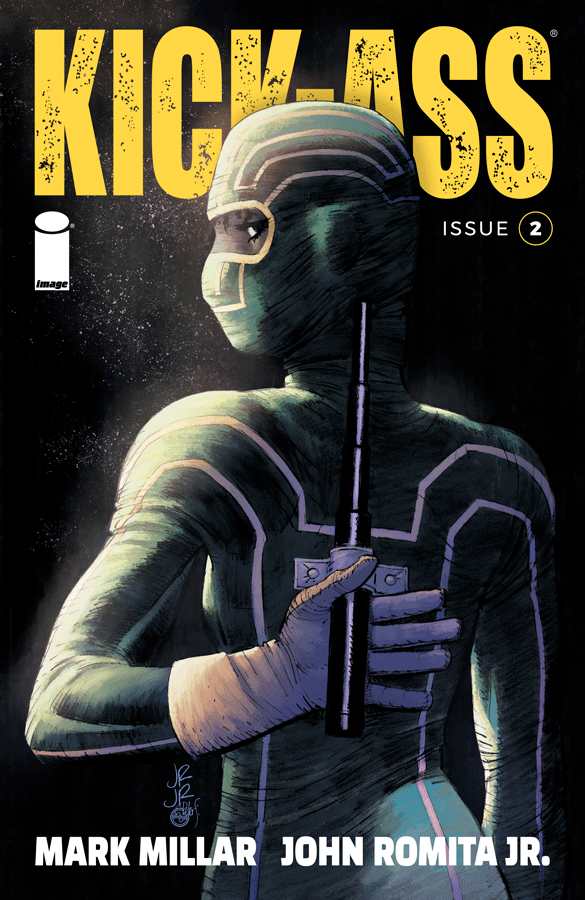 You know what? Millar and Romita ain’t here for no fluff piece. They didn’t reunite like the cast of All That on Wild ‘N Out for no reason. They have a story to tell that’s as deep as the Marianas Trench. Now, if you’re an African-American that’s been through some real ass shit, this story is going to sit with you, resonate with you and fill you with a fire that burns longer than Amaterasu.

Kick-Ass #2 picks up right where Patience leaves off. Beating the ever-loving brakes off a whole gang of thugs, hogtying every guaranteed-to-get-bodied fool in the joint and gagging them before making off with her hard-earned child support. Bast knows she ain’t getting it from the man who should be keeping his children clothed and off the streets. That whole scene is so telling. The skills to take down a room of gangsters. The tactical abilities to execute her plan and audible when a new challenger approaches. Not to mention, the wherewithal to keep a level head and make an escape smoother than any Ocean’s number you can think of. 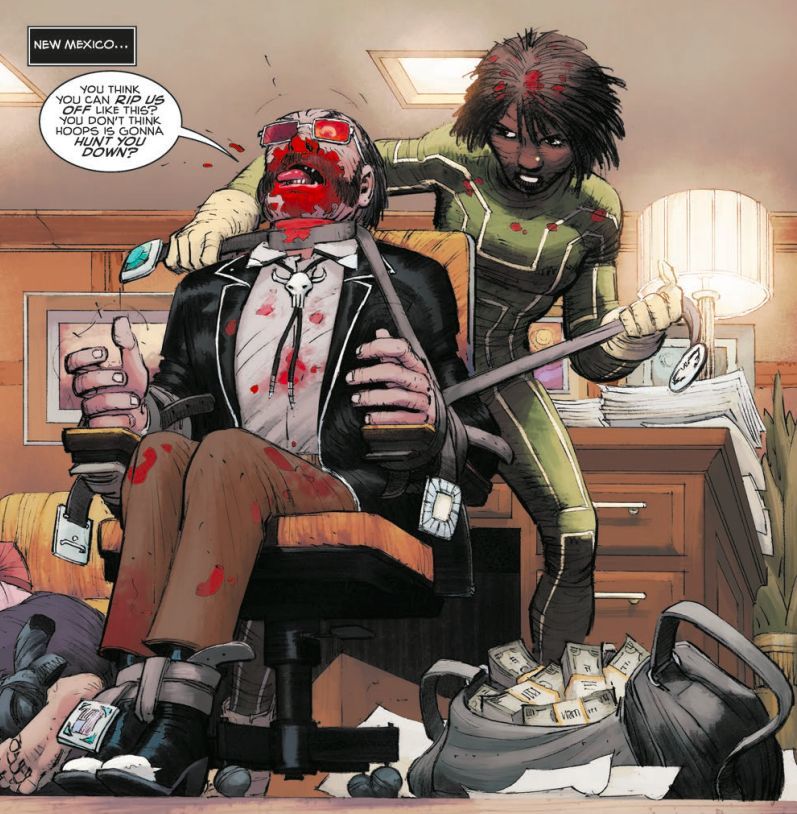 I’m intrigued by this crime syndicate that Patience is trying her luck with. I mean, sure Bronco aka The Dude’s best friend aka the original son of anarchy and that room of imbeciles was a cake walk, but these other cats tho? Maurice and Hoops sound like they’ll put our selfless Queen six feet under for much less than 40 stacks. But then again, you don’t become a hero by playing it safe and being shooketh.

This book oozes single mother struggles and the Hal Jordan will to overcome those hurdles. Patience gotta make ends meet and waitressing nights simply isn’t cuttin it. So what she do? She threw on Get Rich or Die Trying and did some recon. When she finally got to the track, “I’ll Whip Ya Head” she pulls down the green ski mask and takes care of business. By the end of Kick-Ass #2 you have literally no other option but to be rooting for Patience and her lion-hearted way of life. Mark Millar got me good this time. 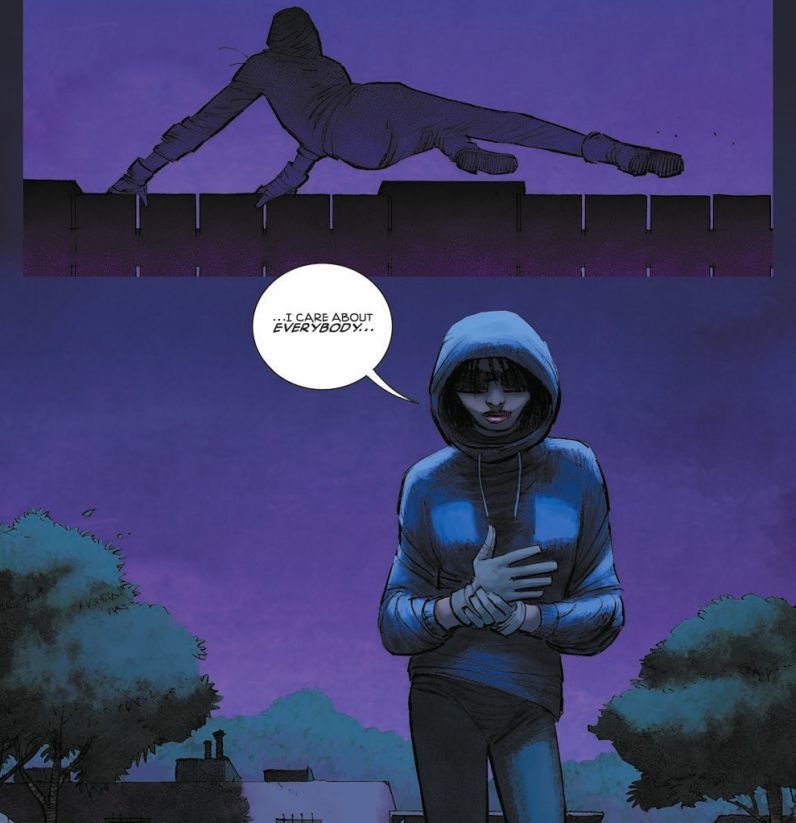 Meanwhile, Romita Jr. is doing the Lords work bringing these bloody, brutal and outright vicious panels of emotion to your front door. When this Kick-Ass run is over, I believe this will be the issue that showed how much courage Patience truly had. We’re cooking up a masterpiece here, and I can’t wait for the main course.