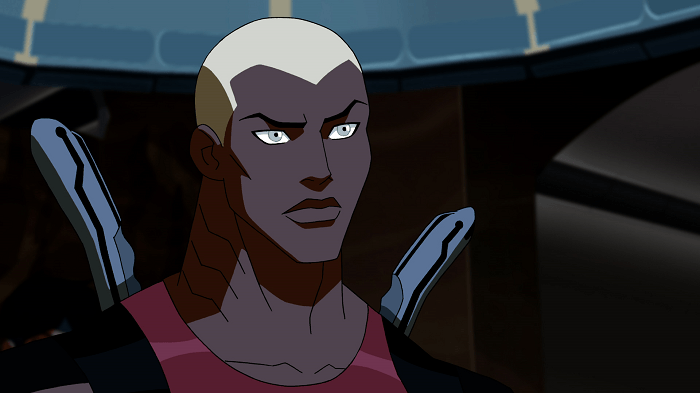 Let me start this shit off proper and state that your boy don’t usually indulge in nerd shaming and the like, but yo… if you fucks with comics or TV or animated shows or animated comic book TV shows and you ain’t watched both seasons of Young Justice multiple times, I can tell you right now, this shit ain’t for you. I ain’t offended if you close your browser right now, I’m offended you have deprived yourself one of the best put together comic book shows (animated or live action) eva. Eva? Fo eva, eva? Eva, fam. Young Justice mined some of DC Comics’ best lore, but also created a wholly new story that had tons of characters, ridiculous diversity, the promotion of obscure characters — it shined with new characters and had a complex and sprawling story line with a crazy long game. Between the Justice League proper and the ever-growing roster of Young Justice members, it is possible that if you ask 5 people who their favorite character on the show was, you might get five different answers. But check it, if we talking a top 5, everybody’s list, AYEBODY, better have Kaldur’ahm aka Da Blonde Bowlcut Soldier aka Aqualad the Young Atlantean Gawd on their list.

1). “They call me Mister Perfect, cuz I’m simply, without error. You couldn’t weather my endeavor, I’m too cleva. Don’t ever bring it to my squad, boy ya know better.”

Aqualad was a leader, yo. Actually, THE leader. Not because he won an election. Not because he was the popular kid in his graduating mysticism class. And not because this dude can traverse any terrain without wearing shoes. It’s because this muthafucka woke up (underwater) like this. Leaders aren’t created yo, they’re born…with gills. If you thought that Dick “I ain’t quite put the Blue Hawk on my chest yet” Grayson was gonna be the natural leader because dude got his training straight from the strategy gawd Batman, himself, you ain’t dumb for that assumption. You just dumb wrong on this. Robin? He tried it. He tried to slip the water-bearers on his back…shit didn’t fit though.

[divider type=”space_thin”]
Kaldur may not have been tutored by the best detective in the world, but he was too busy being Hand of the King down in Atlantis. Dude was built for the big stage. Three episodes in, this cat out here handing out orders like General Patton. Aqualad is the leadership we need. What’s it going to take to get him and Zatanna on the 2016 ballot?

2). “Now get in line, before you get your little thick ass tossed up. I studied under Bruce Lee swimmer. He was on the 4th floor, I was on the 3rd…”

And in this day and age when Presidents be sending cats off to war and then sitting behind their desk watching the sacrifice, it ain’t enough to lead, you better be willing to be on the front line. And Aqualad could throw them thangs…them hands…them water projectile virtual reality controllers, whatever. Aiight, nobody actually knows how the fuck the water-bearers work, but those are details we don’t need. All you need to know is that Aqualad was basically a level 5 waterbender with them joints.

Your boy could pop off like shooting them joints like hardcore water guns, transform them to blades, bring out the hammers, freeze your ass in your tracks or create a straight up tidal wave. Basically, Aqualad grabbed the sticks and was like, “FuckwithmeyouknowIgotit.” And even his own Young Justice Leaguers didn’t want no parts of him in combat, but we’ll get to that in a few…

3). “Twice upon a time, there was a boy who died, lived happily ever after, but that’s another chapter.” 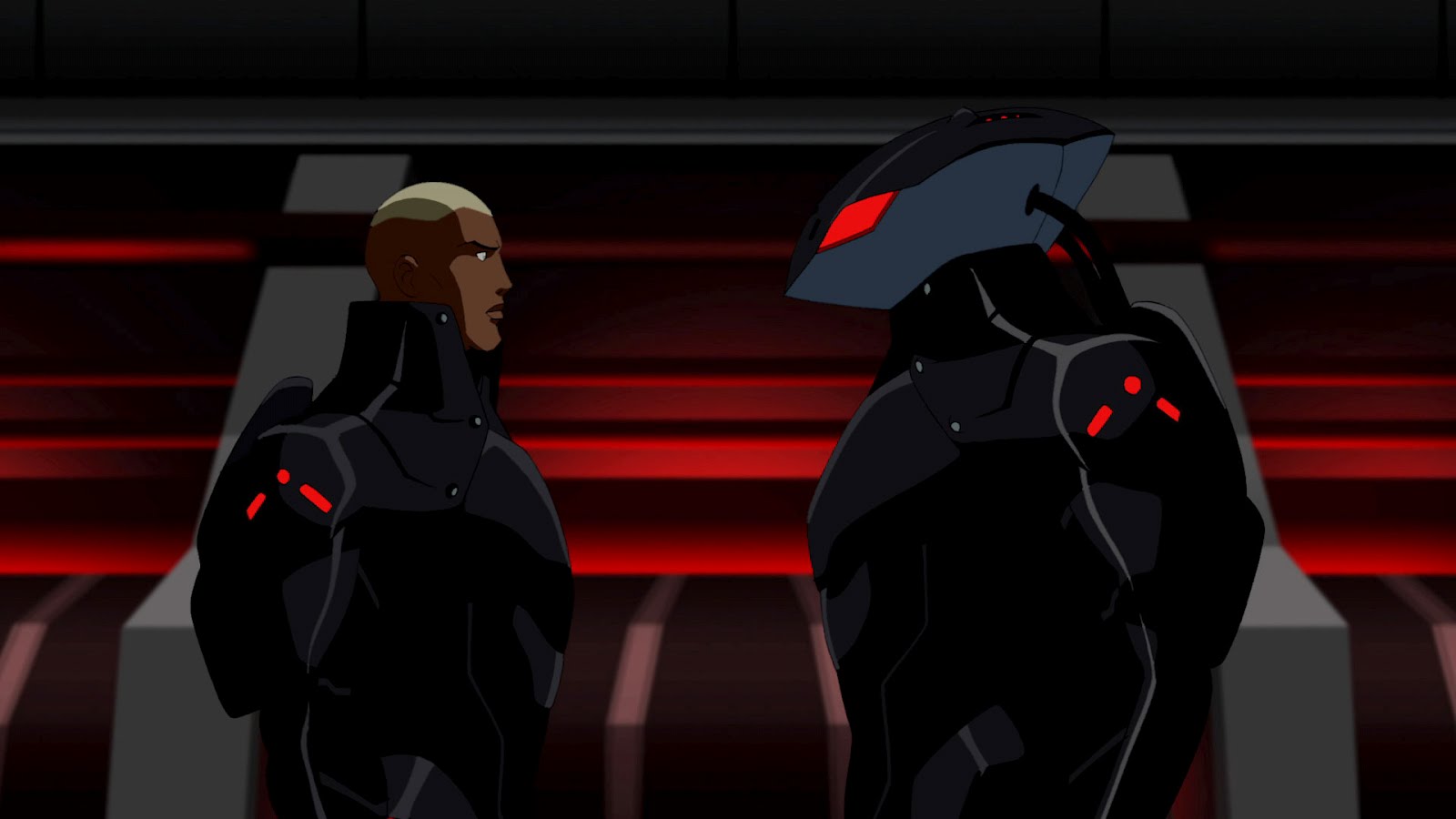 I don’t know what your upbringing looked like, but Kaldur’ahm done seen some things fam. Your boy was basically the adopted protege of the most made fun of Justice Leaguer over the last couple of decades. Aquaman got as many savage internet memes about him as he got must read comic book runs since the invention of putting some insults over a grainy snapshot and calling that shit breaking news. Aqualad wasn’t under the wing of Jason Mamoa fam? This is pre Polynesian Trident Gawd. Your dude was being mentored by Arthur the Forgotten.

Your boy was getting tutelage from a cat whose alarm clock song was probably “Under the Sea.” And. AND. His real pops is the biggest threat to swimming muthafuckas this side of the Pacific. Now, I fucks with Black Mantis and I appreciate how much he embraced his estranged son, but let’s just say it ain’t easy being hero greasy when your pops is literally the scary Black dude in a big ass Black Mask that be vaporizing swimmers with the eye beams. A lot of his comrades came from mad privilege. Kaldur’ahm out here figuring out shit on his own, yo. Get you a hero that can do both. And by that, I mean, get you a melanin fueled brotha that can play the long game by leading his team, defecting, going undercover with the enemy for five years, orchestrating another mole by faking her death in front of a crowd of people, then disrupting the Light’s 10 year plan from the inside and exposing them to the world, all while operating under his father’s nose. Fam, Aqualad hit the stunt button on that double agent switch and kept it fuckin’ movin.

Your boy even came back from a completely broken mind (oh yeah, fuck Ms. Martian and her OP, non-restraint havin’ self) and still hit everyone for the Wu in the end. Nobody else on the squad could’ve pulled that shit off, dude was out here doing it for the swimmers, the land dwellers, and the culture. And aside from Ms. Martian using the fuckin’ nuke on your boy, every time one of his “former” comrades trying to challenge him, they just ended up having a bad day. Young Avengers jump up to get beat down. 5). “Hold up, before we end this campaign, as you can see we done bodied the damn lames.”

Remember how I was saying that Aqualad whip, slash, and splat them hands back and forth? Dude didn’t just beat on Superboy and enemy drone soldiers, he took all comers, yo. During the final fight with the Reach and the Light, after he destroyed these cats’ plans (refer to number 4), dude had to put the paws on his own pops. And Black Manta, as we say in the streets of Atlantea, ain’t no minnow, fish, nahmean. Black Manta don’t play. It didn’t matter though cuz Aqualad brought out the (water) hammers and did the heavy lifting on pops in front of everyone and their respective gods.

Oh, and how did he even pull off this shit in the first place? How did Ms Martian come disguised as Deathstroke? CUZ AQUALAD WHOOPED HIS ASS TOO! Come on fam, ain’t nobody fuckin’ with the Boy with the Watermark Tattoo. If you love Young Justice and you root for them to prevail at the end, what you really saying is you worship a water-based gawd. First name: Kaldur’ahm. Last name: ain’t got one. We’ll give him one. Best. Young. Justicer. Period.