“With so many changes in the Rebirth of DC it’s kinda hard keeping track of the big three…” Yeah, that’s my musical introduction jumping off into this issue. There’s a multitude of changes we see occurring across DC Universe. Paradigms shifts, stat quo changes, and more new titles, but DC Universe will always need to have the big three, the true trifecta trinity of Wonder Woman, Batman, and Superman. For those of you keeping score at home, the line-up of The Trinity has gone through some changes due to the death of New 52 Superman, and immediately following that death comes the appearance of this Rebirth Superman.

This Superman has been out the game for a while with his wife Lois and his son Jon, but due to the death of new 52 Supes he has reemerged… to an extent. This issue deals with Batman and Wonder Woman being invited over to this current Superman’s residence out in Smallville. Only thing is they were not invited by Superman but by Lois Lane. Lois is the reason this meeting that had to happen eventually is now taking place. Manapul does a great job using Lois to describe how cautious and closed off this current iteration of Clark is in order to protect his family. Jon Kent is reminded constantly not to use his powers as to draw attention to himself, we see Superman coming in through an underground pathway leading to their Smallville home, and his surprise at Diana and Bruce being there (as well as Bruce and Diana being taken by surprise of Jon’s accidental use of heat vision). 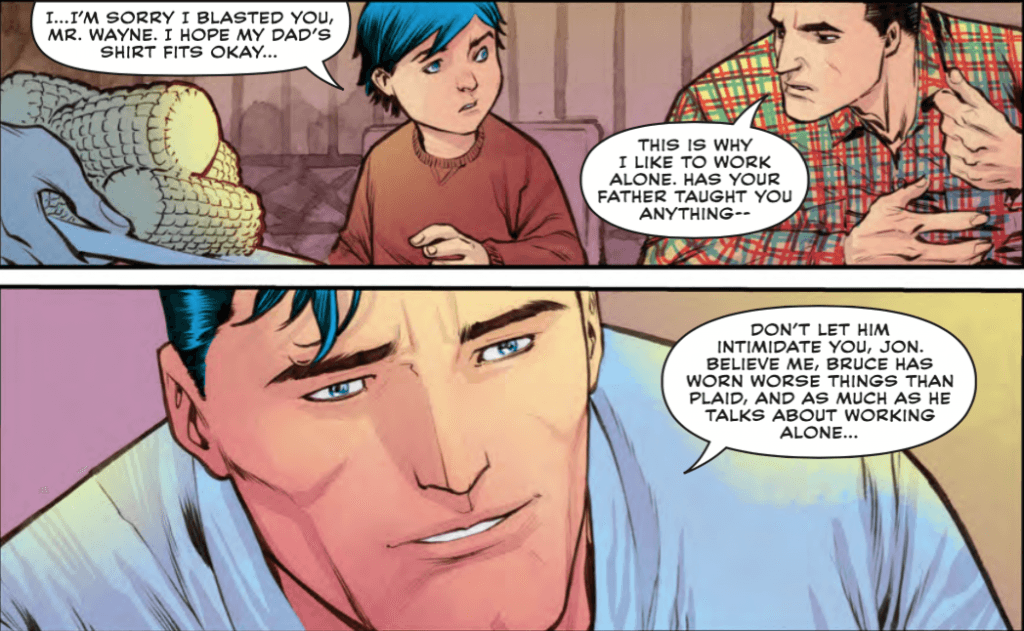 Manapul has a great way of writing these intense characters with large personalities at extreme ends of the emotional spectrum into great casual conversation. It doesn’t feel like your typical superhero jargon that you have to trudge through in order to get to the kicker at the end. The way Manapul has Clark remember certain aspects and the Bruce he knew is warming, and while they talk we see the air cleared early between Lois and Diana. Diana makes her intentions clear that there are no romantic feelings that she has toward this Superman and that she needs Lois’ help. We get a small insight to what Wonder Woman has been dealing with in her own title and that present storyline is easily placed into this issue. Also, we gotta talk about how not only did Francis Manapul nail the characters — his art in this book is damn good as well. 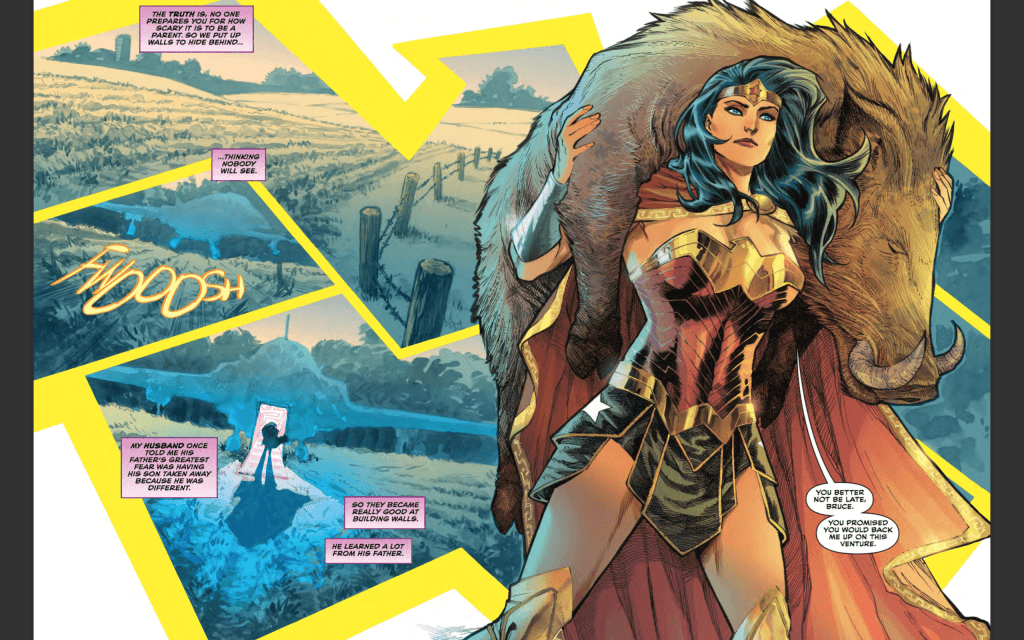 Look at that majestic ass spread, yo! Look at the detail, man! That’s one of the opening shots that will keep you hooked for this book. Manapul got the skill to not only create great dialogue but also bring it to life with visualizations. We have a writer who’s an artist, and winning on both sides handling three of the biggest names in the DC Universe. This issue is a good insight into these friendships that we don’t get to see too often enough