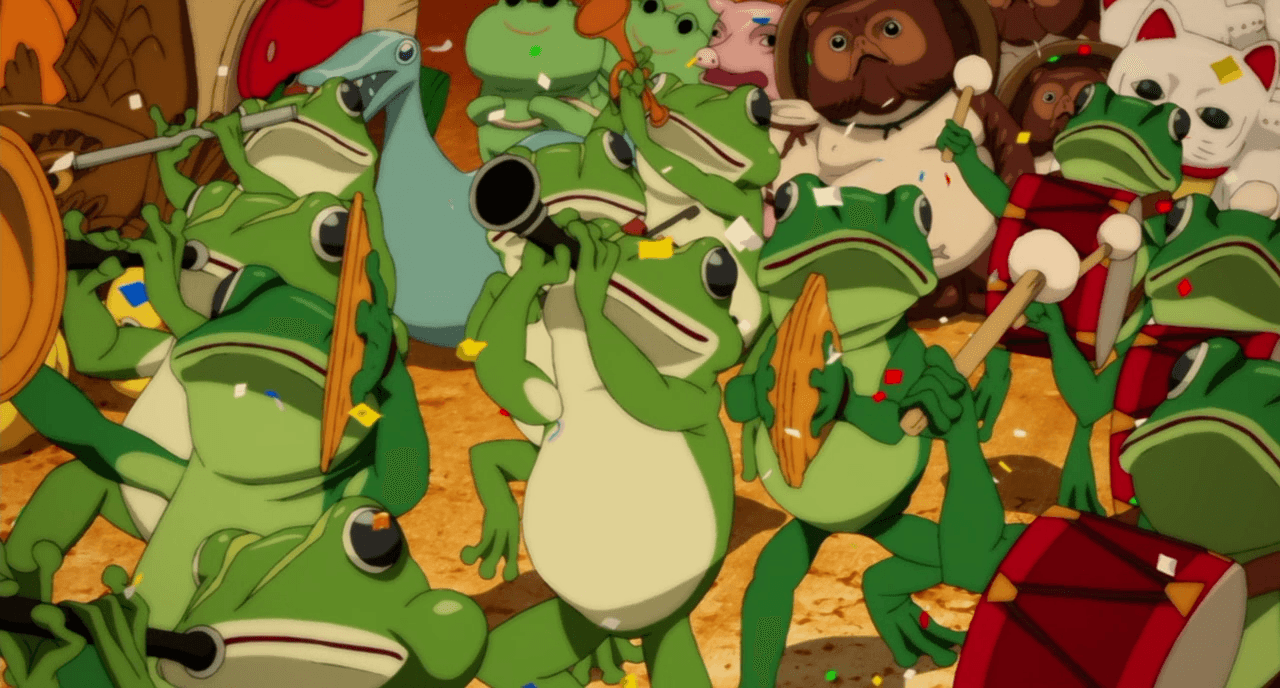 Obviously, anime is known for its animation. What a shocker. From fight scenes to musical numbers, anime has it all. Beautiful sights and sounds that can only be brought to life in animation. Sometimes these animations can get incredibly creative, to say the least. So today on this the most glorious of days, we’re going to look at a few of our favorite trippy scenes in anime starting from one of the pioneers Akira.

Everyone’s heard of Akira. Everyone knows Akira. Surprisingly, many haven’t actually seen Akira. Next time you’re at an anime convention, ask random attendees if they’ve seen the movie. It’s pretty fun. If you haven’t seen the movie, this might be a tad spoilery. Tetsuo has psychic powers because of reasons, and he’s gonna explode kind of but not really. Just take a look.

That’s actually a human. I know pretty rad right. Watching that for the first, second, third, hell fourth time still gets me for reasons that would spoil the story. Just know that watching this scene made me think I was inhaling Smoker from One Piece.

Paprika: Keep Your Hands to Yourself!

Remember Inception? The movie that everyone gushed over. Paprika did it before it was cool. Light it up for Paprika. Anyway, this movie is about dreams. To be honest, the entire film could be a trippy scene worthy of all the blunt praises. There are frogs playing instruments and a man’s head exploding into butterflies. There’s a scene that stands out though and it involves a dude not keeping his damn hands to himself. The NERVE of this dream man. Check it out.

There’s more to the scene that has the body split open like a cocoon, but even animated it’s a little inappropriate for some non-enlightened viewers. If you’re still looking to soar higher than an Eva can jump, you can check it out.

Hell Girl: I’m On the Ferry to Hell!

Hell girl or Jigoku Shoujo is an anime about a girl who rows people to eternal suffering. They usually deserve it so don’t feel bad for them. Many episodes end with the main character Ai Enma giving a melancholy monologue to an unfortunate passenger on their way to damnation. These scenes are full of trippy atmosphere with all the demons and ghostly figures you can handle. These are best experienced after watching an episode yourself. Go check it out.

Excel Saga is a great show. With surreal comedy abounding, it’s perfect for today. The entire show is pretty trippy and even comes with a dog barking out his sad song with a narrator at the end of every episode. You know, because his owner always says she’ll eat him if it ever went down to the wire. There’s a galaxy with arms that appears when the show needs to reset or if something goes wrong. Every time she appears it’s just great. She’s also in love with a character in the show. The show already breaks every wall imaginable so why not just reset everything?

Excel Saga is hilarious whether you’re on Cloud 9 or not so this show is also highly recommended.

An incredibly memorable series, Plastic Nee-San creates moments of “huh, excuse me what?” in almost every single frame. A girl has a guy that drives a tank on her head. There’s another girl that’s a giant for no reason, and then we have this man who can get rid of criminals by thrusting. We won’t give any context for this one either. Even if you had any, it wouldn’t change how you feel about it. This entire show tripped me out legitimately more than anything had in a long time, and I watched Transformers: the Last Knight which could be a trippy anime itself.

Puella Magi Madoka Magica: I’m a Hex Girl and I’m Gonna Put a Spell On You

Puella Magi Madoka Magica has always been known for two things: having a name that’s inconvenient to say out loud and having beautiful imagery full of way too much symbolism. The movie Puella Magi Madoka Magica: The Rebellion is no different. They went 100-tier symbolic with this movie and Homura’s scenes take the cake for the most trippy scenes in an already trippy show.

Even with context, you might not understand it, and that’s what makes these scenes better. Wash yourself in the waters of Snake Way and you may reach enlightenment.

That’s it for this years’ trippy anime scenes. If you didn’t see your favorite trippy scene on the list this year, don’t fret. 4/20 isn’t going anywhere. It’ll be time to fly in the sky again soon enough. Keep rollin rollin rollin.