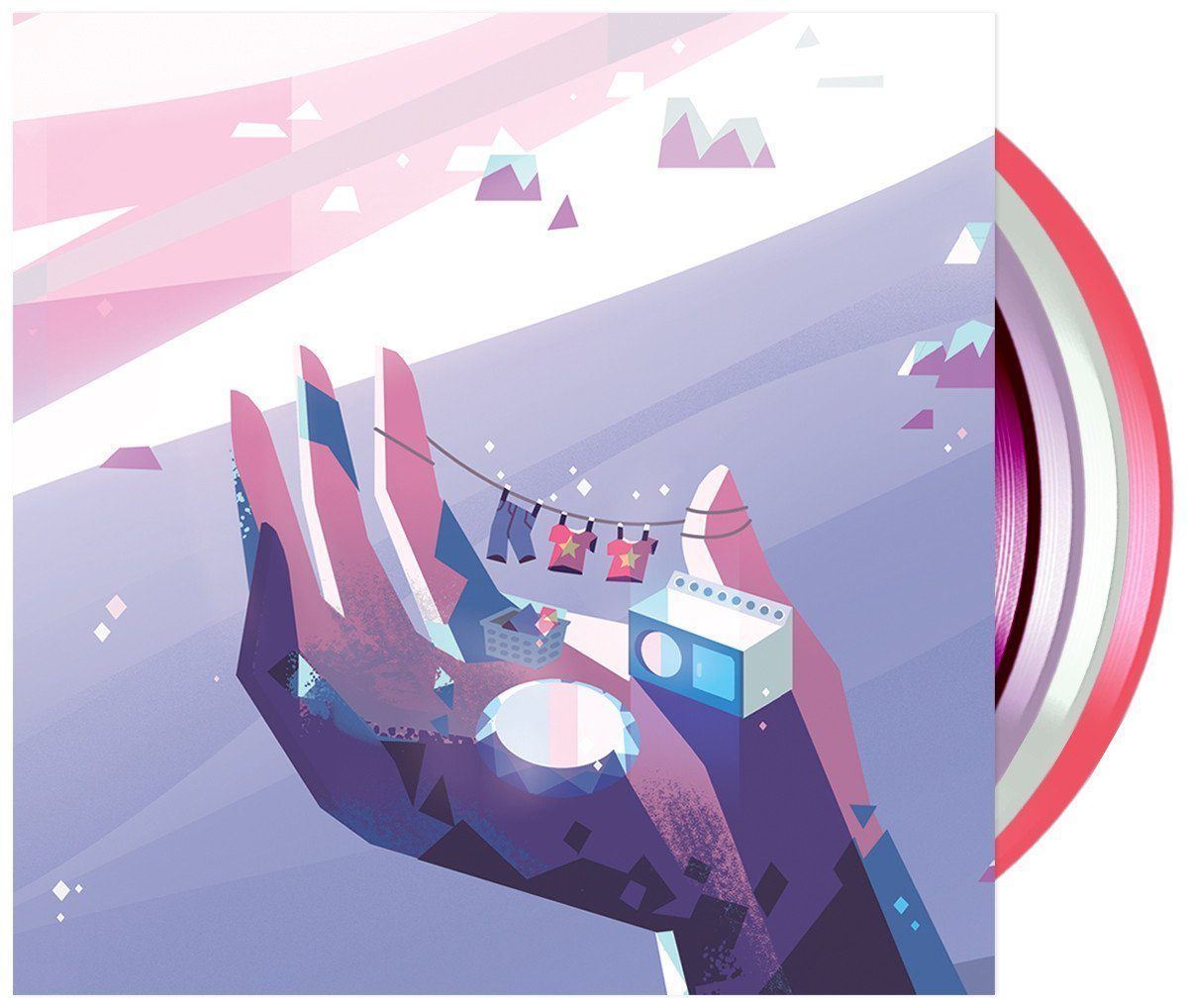 Just this past month of March, the number one vinyl hitting the charts wasn’t Cardi B, bless her heart (she owns the charts right now). But it wasn’t our beloved Bronx Beauty, it was Steven Universe Vol 1. Yup, the best vinyl out there can’t be beat. This album is more than music—it is a series of revelations and teaching tools for love, life, loss and relationships. For those who don’t know, Rebecca Sugar loves music herself and, like any bright mind, finds ways to bring her full life to the light. And thank the stars she has. This album is a masterpiece, if you can’t cop the vinyl to further propel its success, the soundtrack is available on Spotify—download it and put it on repeat. I’m gonna break down why this soundtrack deserves to be more than the No.1 Vinyl in the country.

You may be thinking “Why don’t I just re-watch the show?” Oh, you should definitely do that. I have watched the entirety of Steven Universe twice now and would start again in a heartbeat. Matter of fact, I might do it tomorrow. The album is like watching the show as though you’ve never heard it before. Each song takes you down the gem light pad to different dimensions of the show you knew you had been to, but never really explored.

We start at the beginning. “We Are The Crystal Gems,” short, sweet and that jam you remember—then it’s that song you could never forget, “Cookie Cat.” Listening to this song makes you want to truly know more about Cookie Cat. There’s that line, “He left his family behind!” Like what?? Why?? What happened to Cookie Cat! The whole album brings you through the light-hearted ground and emotional spaces that the show does. Each track continues almost chronologically and if you know Steven Universe, you are taken right back to the moments that stole your heart.

Greg’s adorable and unwavering love story with Rose, “Let Me Drive My Van into You Heaaart” and hubby’s favorite, “What Can I Do For You.” Greg and Pearl’s connection to Rose is so prevalent and even more impactful through song. Rose was the love of their lives.

For Pearl, she is so bitter and you hear it in every track. In “Do It For Her”, Pearl is singing so passionately and so precisely, it’s like she’s back on the battlefield with Rose…and as you are listening, you’re like, it’s for Steven! “Do it for her, that is to say you’ll do it for him”. Girrrrrrl. And you see so clearly by, “It’s over isn’t it?,” that Pearl wasn’t so much bitter, maybe a bit salty. But really she’s dealing with all the loss and the bargaining, regret, anger and acceptance that comes with the situation. Steven sees this and gets them talking because Greg goes through it too, his regret and feeling of inadequacy at helping Steven are all connected. 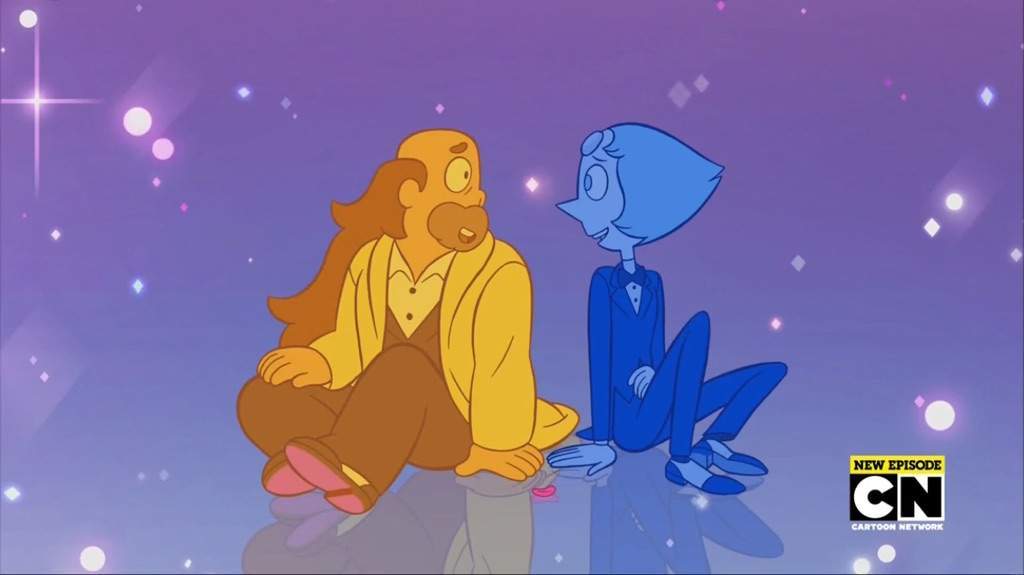 We see the crystal gem’s and the whole tribe’s dedication to each other, how their past is what makes their future even stronger. There is a whole song speaking on why they fight, what they fight for, and it’s just beautiful.

We see our first glimpse of Lapis Lazuli and Steven’s ability to see her when the others couldn’t. I don’t just mean physically, I mean truly.

Of course, our delightful moments with Peridot, learning about “art” and music. “Life and death and love and birth and peace and war on the planet Earth,” so this is supposed to be one of the fun songs and it teaches you about relating to each other and the world. Oh boy, this album is chock-full!

You have so many epiphanies, like when Steven sings about how he kept going back in time and made like five alternate timelines and five Stevens and made a band, LOL! But then they hit you with the line “I learned to stick true to myself, by watching myself die,” WHOA! Then you realize he watched himself die like five times to correct the timelines!! 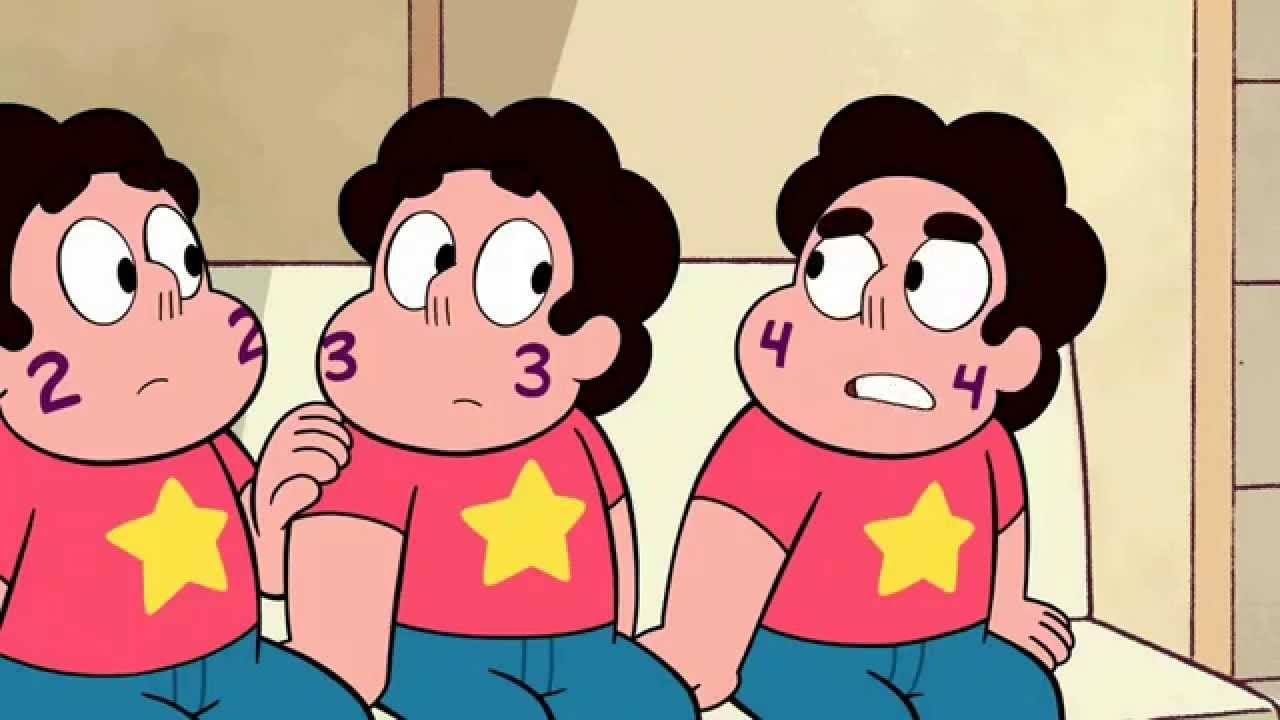 Then the time Steven and Amethyst ran away together, foreshadowing their fusion! There’s fusion all over the place. Like in “Giant Woman,” a fascination with the beautiful act and the realities it brings. And how could anyone forget the origin story of Ruby and Sapphire, or our beloved Garnet? “Something Entirely New,” is a phenomenal song, not only do you hear the love-at-first-fusion in their words and melody, it makes me think about how to change the world. You truly have to make something entirely new and stand by it—because you know it to be true, real, and right, no matter how frightening it is. Then…you’re just crying. But wait, “Stronger Than You,” just makes you so proud of love—gem love, and fusion. “The two of us aren’t gonna follow your rules”

The shade thrown and the ego and the moxie to back that ish up!

“We’ll always be twice the gem that you are,” yess preach!

And then it gets real “this is who we are this is who I am…Because I am a feeling and I will never end…I am their fury, I am their patience, I am a conversation.” Anyone who is in a healthy loving relationship is sobbing through a purse-lipped smile.

Not only does this relationship make your heart weep with joy and hope, but Connie and Steven have an unbelievable bond as well. I mean they can frickin fuse! We get “The Jam Song,” when Connie and Steven basically tell us how they are responsible for each other, while playing their respective instruments and talking about jam. And of course that sentiment is present in “Do It For Her,” when Connie pushes it to the limit to be there for Steven.

The song that you don’t realize is a tear-jerker is, “Full Disclosure.” Steven feeling like he needs to protect Connie by not answering the phone, and not telling her the troubles he is in: “I don’t want that for you”…”You don’t need this—you don’t need me.” Oh my goodness!! And the use of his ringtone! I never thought a notification sound could make me cry, but damn it, the Steven Universe soundtrack found a way. 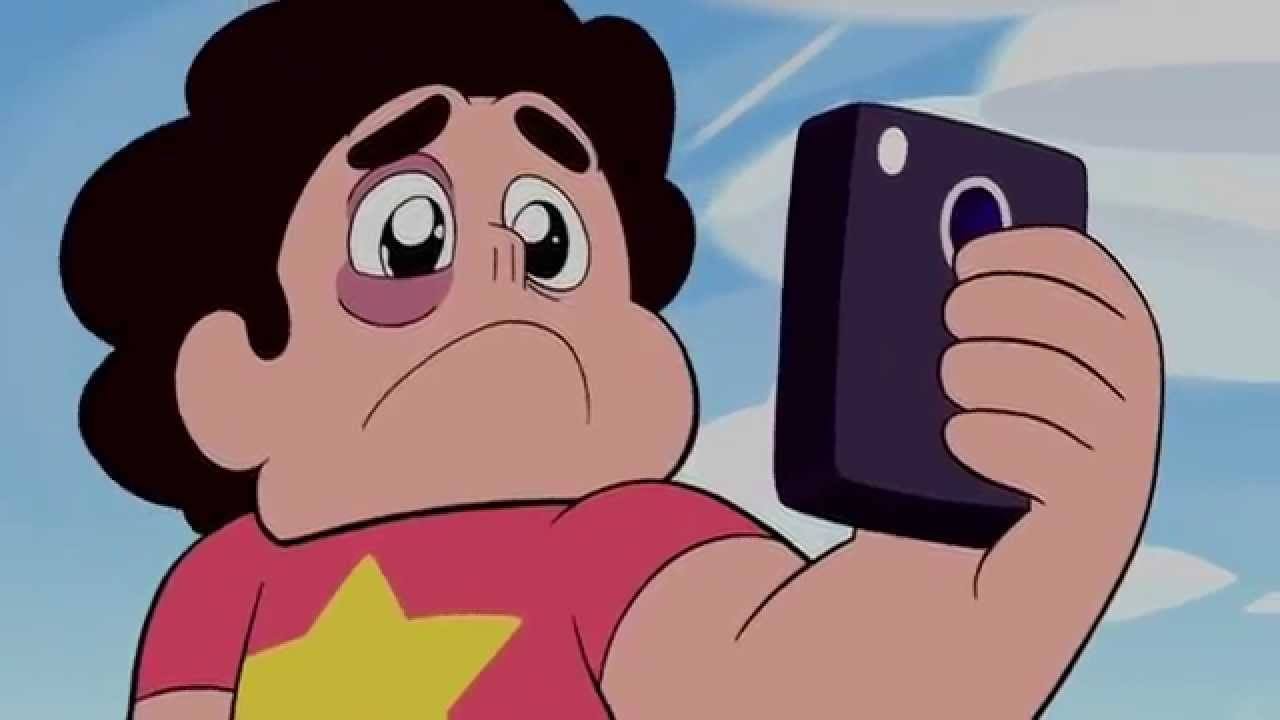 But in reality, it all comes down to, “Here Comes A Thought.” Yea, you thought the episode strikes a chord, listen to this song through headphones on the train. People will think you’ve had a horrible break up and just can’t keep it together. “Take a moment to think of just, flexibility, love, and trust.” The most influential conversation of mental health and strength. The song talks about how to understand the feelings you are having with your partner, how to pull out the things you have internalized, how to tell your partner how to hold each other and how to see emotion as strength. “Take a moment remind yourself, to take a moment and find yourself.” When Garnet (Estelle) says “it’s okay it’s okay it’s okay,” Gem—I believe you, I feel that ish in my soul. And then Connie sings it! “That I might lose me.” I might lose ME? How many times have you had this thought, like you may be losing yourself—“but it’s not but it’s not but it’s not.” “I’m here, I’m here.”

This legit is one of the best songs ever written. I know that is a big claim to stake, but I stake that ish into the core of the earth. Just listen, you will agree.

I’m just saying, legit, you gotta listen to the album. It’s an experience you will refer to again and again, a storybook in verse and song that never stops teaching you lessons.