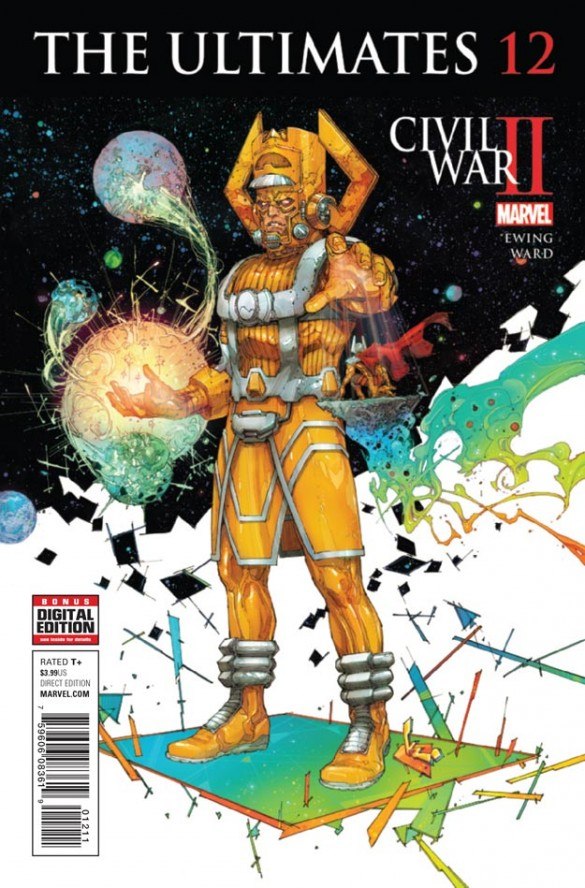 We’ve reached the end of volume one of The Ultimates and you can see the iPod DJ setting Boys II Men’s “End of The Road” into the playlist rotation. This issue dealt with the fallout that took place due to T’Challa’s stance in Civil War II. T’Challa sides with Captains America (Rogers and Wilson) and basically declares that to get to Miles (who was predicted to be standing over a killed Steve Rogers), Carol would have to go through him. Carol goes through the issue dealing with what appears to be the final words to her teammates as they are now out of commission and their base of operation is trashed. I gotta say man, I am not feeling how Carol is coming across over in Civil War II but at least here we see her written well as her normal self. 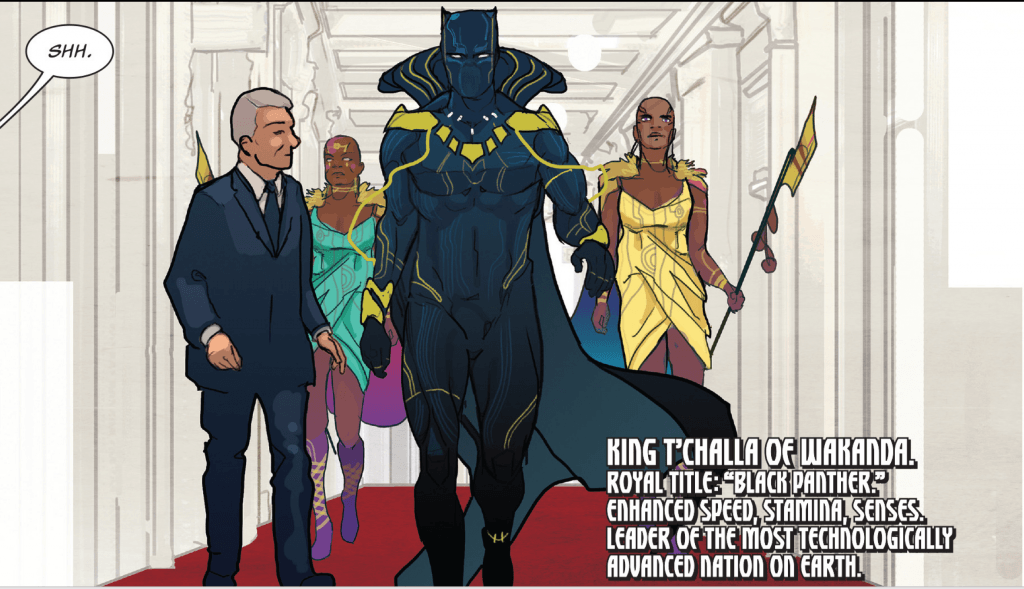 Ewing is really good at having characters on a team and them still getting character development. He’s included Monica in Blue Marvel’s line of off-screen work so you know there’s room for more stories on that. We also get caught up with what has happened to Ant-Man as he falls through the dimensions of space back to the outside. Ward’s art for the opening scene with Galactus was great, however, there are some portions in the rest of the book that aren’t as glorious. This may take some time to get used to, but once you start switching up the artist this is bound to happen. Others may enjoy it tho; I found myself missing Rocafort’s stylings.

In short, this feels really soon for the team to be wrapping up after their third or fourth mission. There’s no sense of emotion evoked from the reader due to the short tenure, the sight of the imminent danger coming up, and knowing we’re going to be seeing this team gather again.