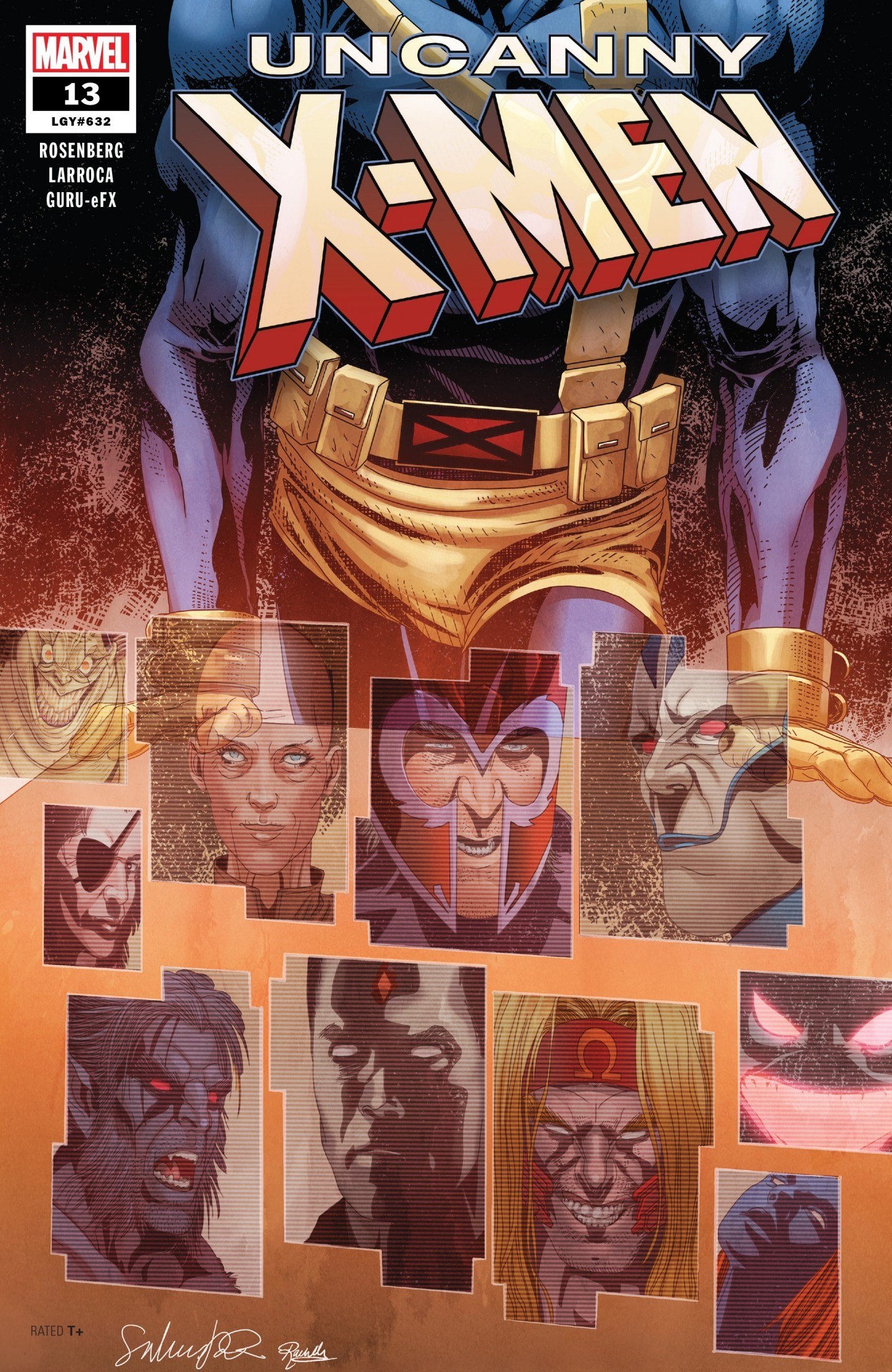 “But if these are the last days of the X-Men, I’m going to set things right.”

These days the glamorous life of the X-Men involves living in the back of an upstate New York bar and passing the time with cheap beer and billiards. After successfully breaking into the Office of National Emergency, Cyclops and Wolverine rescued Magik, Havok, Wolfsbane, Mirage, and Karma to join their patchwork X-team.  The last addition is “he of the perpetual f#$! up” Jaime “Multiple Man” Madrox.  All of those dystopian futures and alternate timelines look silly in the face of the true present – mutants experimented upon and imprisoned, a public anti-mutation vaccine stopping the emergence of any new mutants and the disappearance of nearly all of the X-Men.  Cyclops, still struggling to compromise his more revolutionary path and Xavier’s Dream, proposes a new, if not final, act to leave their true legacy.

The current X-Men lineup is far from a well-oiled machine.  Their ranks include two men fresh from the dead, two women infected with the techno-organic virus, and a wanted criminal. Cyclops knows their days are numbered. Unable to sleep, he comes up with a simple plan and a simple list.  One by one, he wants to take out all of the X-Men’s major threats and leave the world with undeniable proof of their existence. 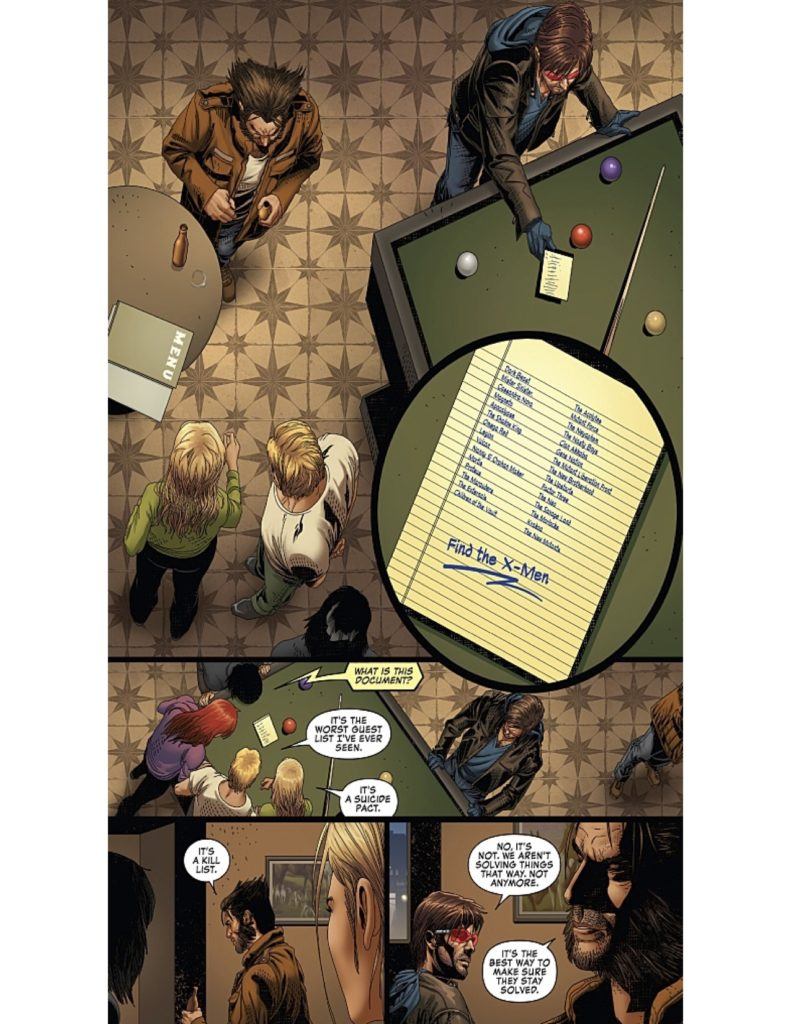 Given their numbers and lack of resources, none of this seems like a good plan, but Cyclops inspires the best in the worst of situations.  In order to make it official, he breaks into the ruins of the Institute’s basement to scrounge up the uniforms for the ragtag team. Dressed in a mixture of 80’s and 90’s throwbacks, the X-Men set their first target as Dark Beast – Mr. Sinister’s twisted geneticist from the Age of Apocalypse storyline marooned in the 616.  When they arrive at his lab, they confront an army of Madrox multiples horrifically turned into arachnid-like drones. When Jaime Prime finds the multiple whom sprang the others, he re-ingests it into himself in order to learn the whereabouts of Dark Beast.  After that warm up, the X-Men become a more precise strike force as they intercept Dark Beast on the run with a cargo full of drones.  Recently resurrected from the dead, he now sports some techno-organic upgrades of his own.

Uncanny X-Men is truly a resurrection. Stripped down to no accessible funding, no mansion, and no Blackbird, the X-Men are outsiders once more.  X-writer Rosenberg constantly raises the stakes, team obstacles, and makes the emotional conflicts feel real, rather than contrived. One gripping scene shows Multiple Man re-ingesting one of his dying multiples, striking a dark chord as we get insight into the mutant’s most personal of moments.  Prodigal X-artist Salvador Larocca improves with each subsequent issue, especially in this outing, as he lends his hand to classic uniforms – Cyclops in the blue and gold chest belt, Wolverine in the brown and yellow, Havok back in basic black, and the one-time junior members in the standard issue blue and gold. Having Larocca back into the fold makes the previous years’ artists pale in comparison. His angle choices and sparseness of paneling create a moody, emotion-driven issue with clear, detailed action scenes. 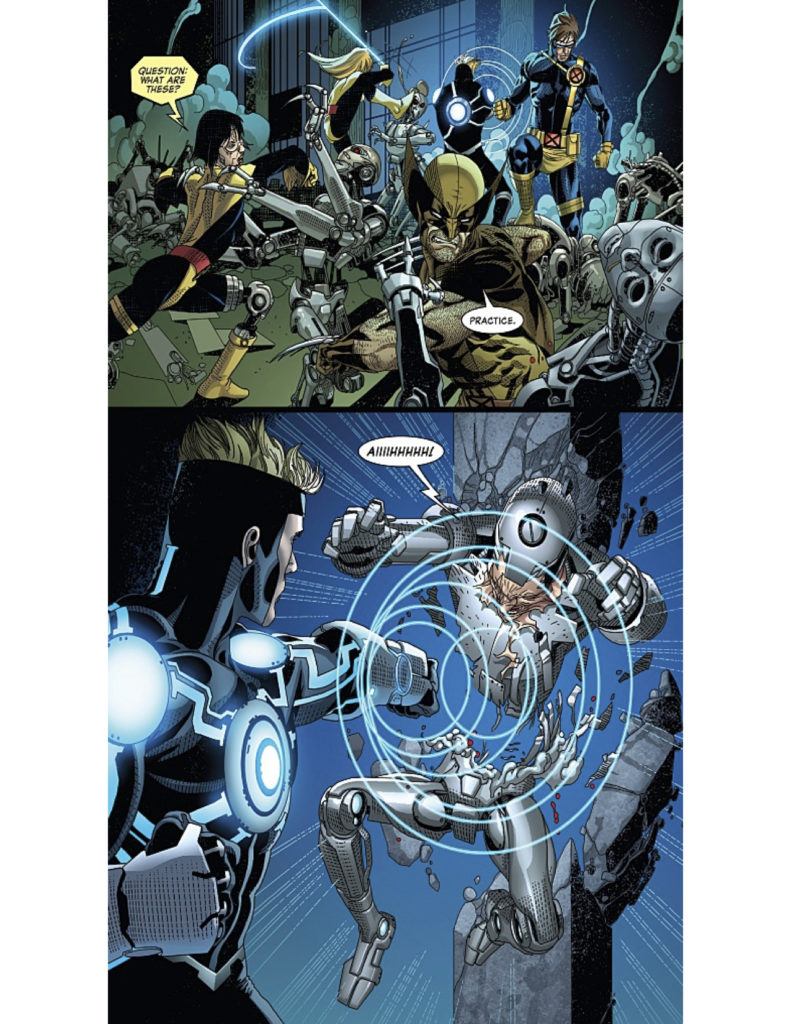 The X-Men books are having a quiet renaissance with several great books in print all offering something a little new and a little different.  Rosenberg’s Uncanny X-Men revival drops the shallow nostalgia of X-Men Gold for a tale of survival, resilience,  and, of course, evolution at a time when Hope (#message) is hard to find. Meanwhile, Mr. & Mrs. X, X-23, Domino,  and even X-Force are turning in both enjoyable and poignant stories.  That’s not even to mention The Prisoner meets Pleasantville weirdness going on in the Age of X-Man books. Overall, this current Uncanny roster dress like X-Men, but their methods ride a fine toward those of X-Force.  The question, then remains – is Cyclops’  list really a kill list or a suicide pact?