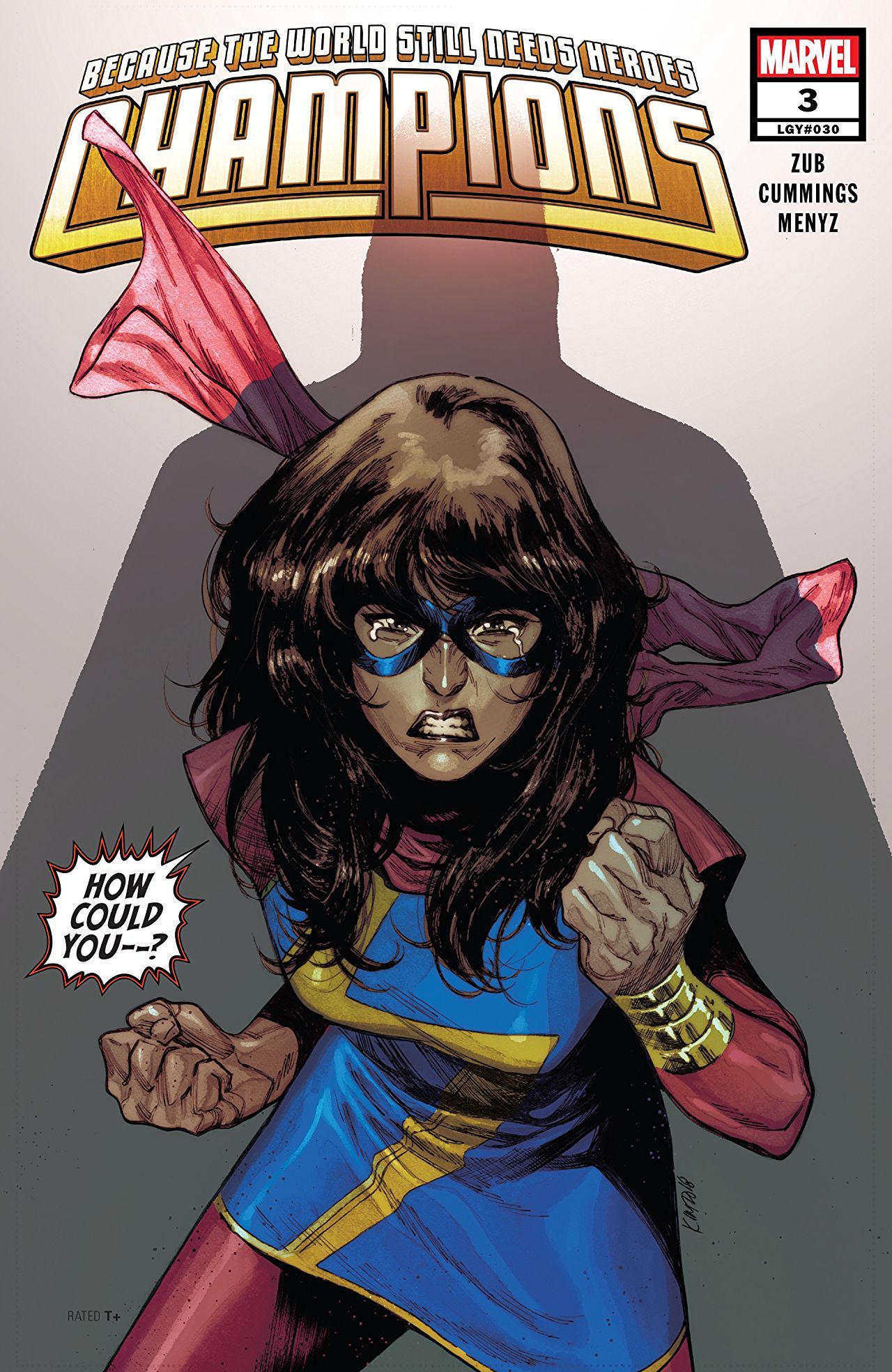 There is a certain heaviness to these first three issues of Champions that I’m just not quite used to. It’s not bad, just different for a comic about a fun group of young heroes trying to save the day. This new run feels more like a reality check for our young heroes, showing them that their mission to do good isn’t as simple as they think it is.

While Miles didn’t have to give up his soul or anything to make his deal with Mephisto, there were still consequences to getting a second chance and saving Ms. Marvel and Viv. As we found out in the last issue, the girl that Miles initially saved ends up dead instead because he chose to protect his team.

What crazy is that Miles doesn’t know that this girl is dead because of him – at least not at first. It some great writing on Zub’s part because it speaks a lot to Miles’ personality that he becomes so guilt-ridden and distant from the rest of his team. Just the act of making a deal with what is essentially his universe’s version of the Devil shakes him to his core. And all this is before he even figures out that the girl dies. 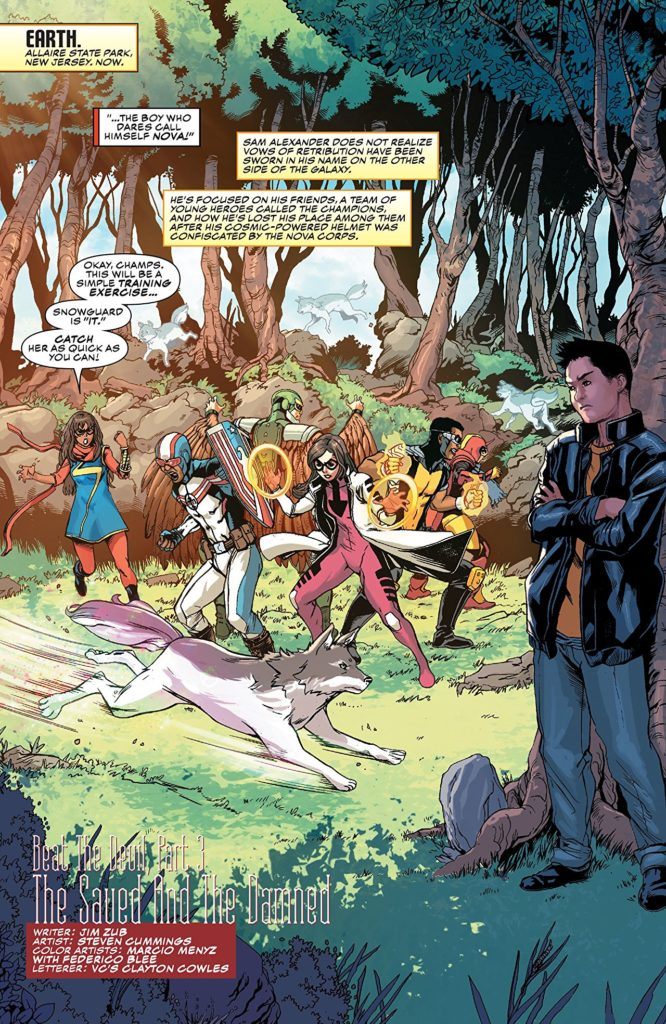 It’s devastating to watch Miles discover that he basically sacrificed this girl to save his friends. It’s not a situation where saving her could’ve been prevented and now he has to live with the fact that he is responsible. I’m interested in seeing Miles overcome this, as well as how his friends deal with the truth because it is eventually going to come to light.

For the OG members of the Champions, it seems like Zub is trying to break them down just to see how they pick themselves up. Between Kamela giving her all to being the team leader and Sam still dealing with the loss of his powers, it seems like the characters all have big chips riding on their shoulders. It’s a different tone than what we’ve normally seen from this book. Time will tell if this more serious tone is for better or worse.