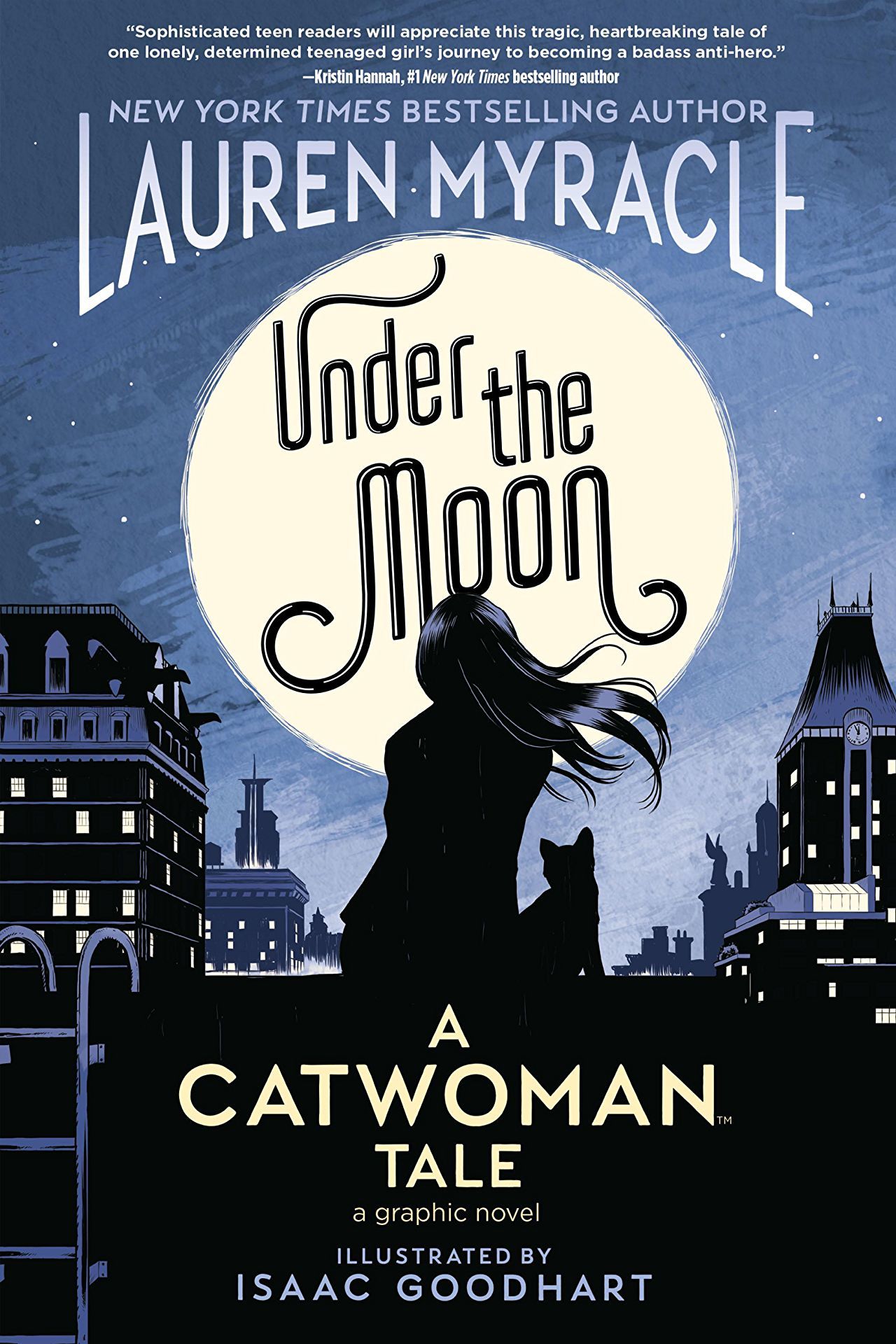 If you’re a Catwoman fan like me, the idea of a teenaged Selina Kyle either feels like we’re about to enter into some major squick territory or, you know, that one attempt we’d like to forget about. Thankfully, Lauren Myracle and Isaac Goodhart’s YA graphic novel Under the Moon: A Catwoman Tale delivers a version of Gotham’s most infamous cat burglar that blends the classic character with an authentic teen perspective (with the added bones of a mercifully small number of feline-based puns). 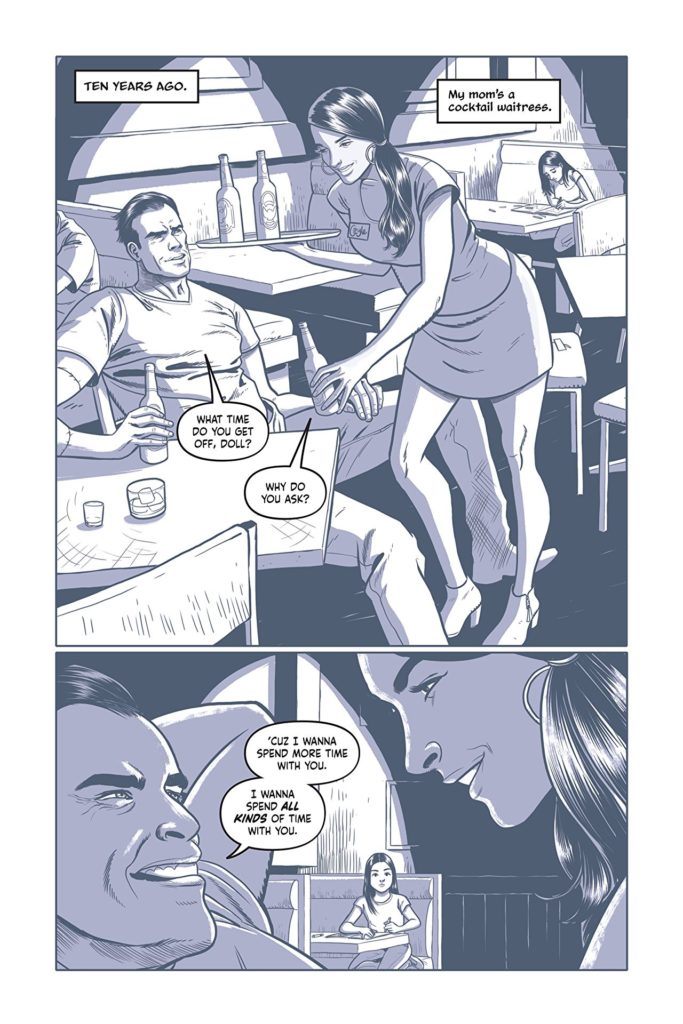 One of the things I immediately admired about the book comes from its approach to Selina’s history as not just a tragic backstory but a series of choices, some within her power and some enacted despite. Under a veneer of matter-of-fact description we learn about Selina’s attempts to cope with a mother struggling with codependency, an abusive stepfather, bullying peers, and the frustratingly limited agency that comes with not yet being an adult. Despite the world showing her very little justice, Selina still remains doggedly determined to help the disenfranchised at every turn and to me this speaks very clearly to the spirit of activism and awareness we see so clearly embraced by the current generation. In fact, one of the more subtle but especially important aspects about this book is how it emphasizes art as a tool for positive change with three full pages of support and resources for suicide prevention, stopping domestic violence, avoiding self-harm, and ending animal cruelty.

Selina’s snarky retorts are delightfully sharp; she might not yet have the whip, but the verbal claws have certainly grown in. Of course, this comes as no surprise from the author of New York Times bestseller TTYL and its sequels. The slice-of-life interactions, whether confrontations at school or everyday survival on the streets, are Myracle’s strengths in this comic and can even occasionally feel “interrupted” by the Batman lore. In fact, I think the story works remarkably well as a self-contained unit and actually becomes weakened by some of the plot convenience to introduce familiar characters. 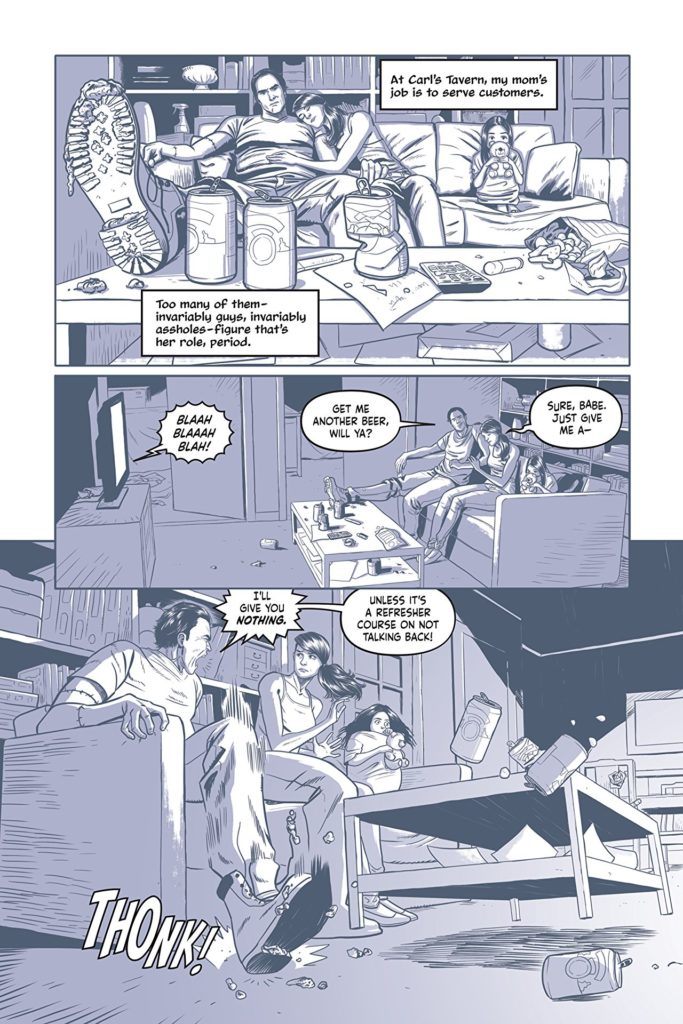 While this is my first time encountering Goodhart’s art, I’m already a fan and can definitely understand why it was a perfect match. The high contrast line work and limited palette give the book a somber feel, a visual reminder during even the most humorous scenes of Selina’s internal struggle to remain grounded. I particularly enjoyed that a lack of skin tones means that markers for characters of color were more pronounced and accurately portrayed such as lip thickness and hair texture. It’s also this style that makes the transitions to some of the book’s more fantastical scenes feel less jarring and more in tune with Selina’s imagination. 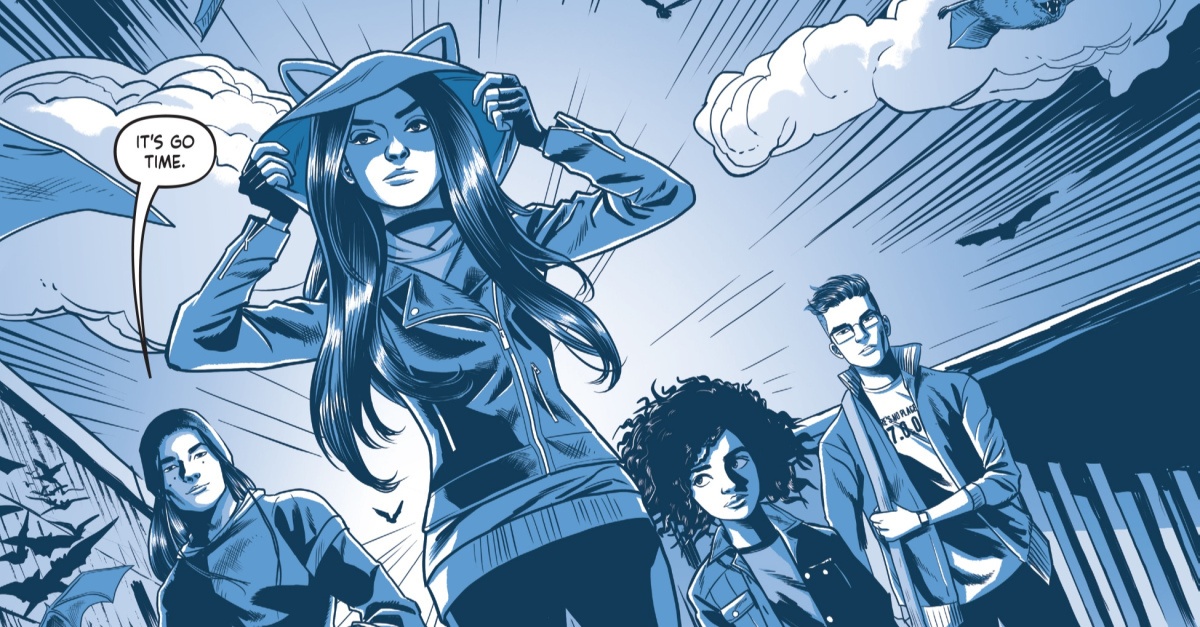 It’s clear even without reading the ending interview that both Myracle and Goodhart had a clear, intentional vision of what impact a young Selina Kyle could have on today’s readers and it definitely reads as a good introduction to comics without diving in too deep.

8 cheeseburgers with extra ketchup out of 10