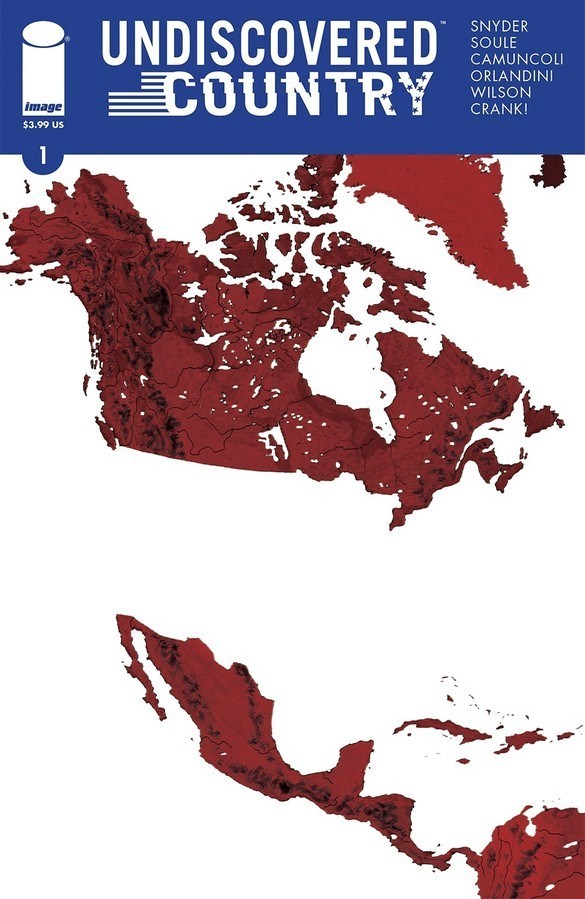 “Former coastline of California”. “Athens. Aliiance Europe-Afrique”. “Air Wall”. These are the phrases we’re confronted with in Undiscovered Country #1. I realized it must’ve been a while since I read an Image #1 book because I haven’t read a dystopian future comic in a bit. But present me the brainchild of Charles Soule and Scott Snyder and I’m all the way on board. 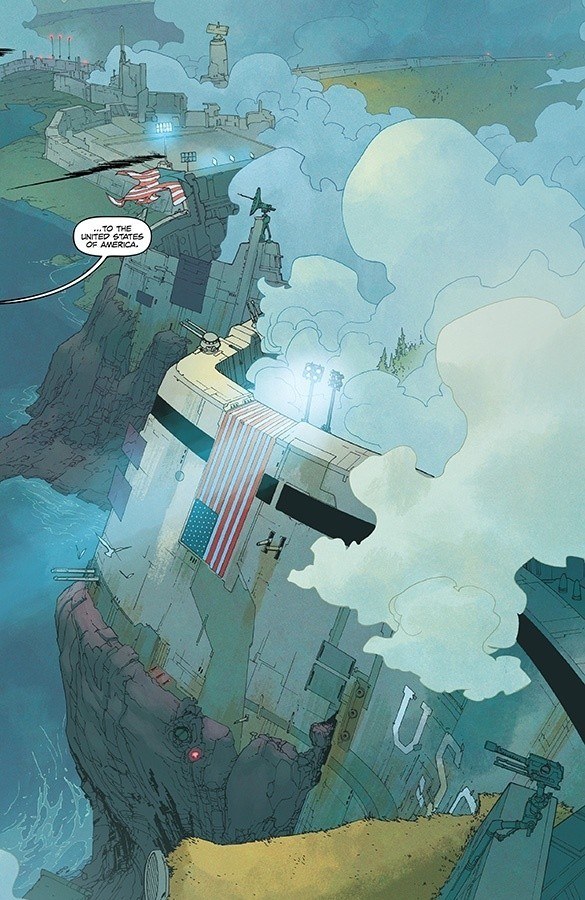 The key to this book is it’s blend of subtle references to current social pressures, beloved disaster adventure cliches and outrageous sci-fi. The book begins about 45 minutes or so where it would be in a movie. A ragtag group of experts from different fields on a plane getting ready to start the adventure. The world is being ravaged by a disease and all the ugly measures people take when they’re desperate come out. Decades earlier the United States isolated itself in a literal bubble and they’ve been untouched by the plague. There is hope on the horizon, though, as America sends a message to the leaders of the rest of the world offering to give them a cure as long as the exchange is on U.S. soil. Easy, right? You learn early that it will not, in fact, be easy and slowly get a glimpse of what has happened to the country since it’s isolation. 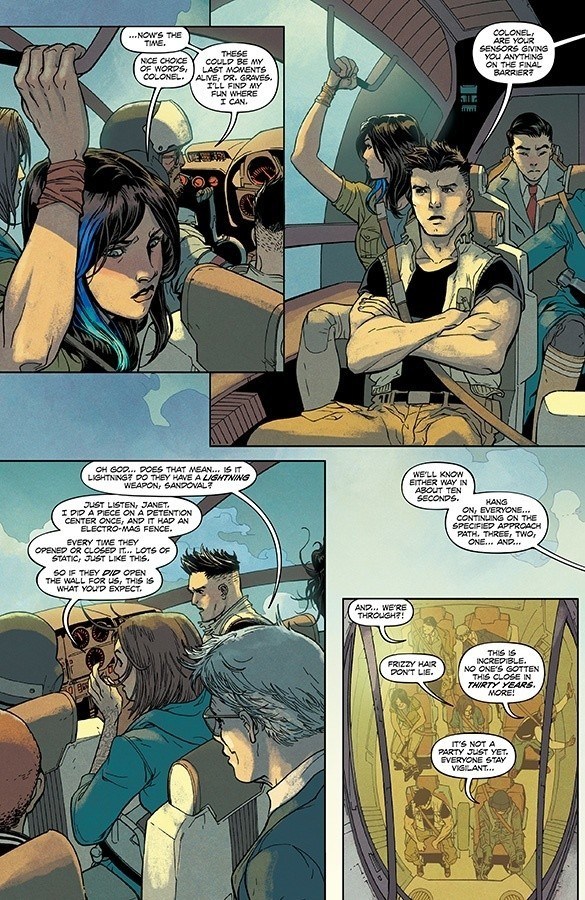 There isn’t much to say about the characters since they all fall under long-standing roles in this genre. There’s the badass who’s seen some stuff, the doctor with a heart of gold, the diplomats, the pilot but the one who interests me is the American Historian. Ace Kenyatta presents as a black woman so it is fascinating that she is the wide-eyed admirer of America. Most striking was her singing the U.S.’s praises for it’s tendency to “Improve Global Affairs”. It makes sense in the context of the story. 30 years have passed since America has isolated itself. Shit, I know black people today holding these two competing ideas of institutional racism and American exceptionalism. I give the creators too much credit to brush the choice off as an accident.

This book incorporates the anxieties, ideals, lore and realistic predictions that any American will identify with. Still, it manages to maintain a level of subtlety you wouldn’t expect in a book with an “Air Wall”.