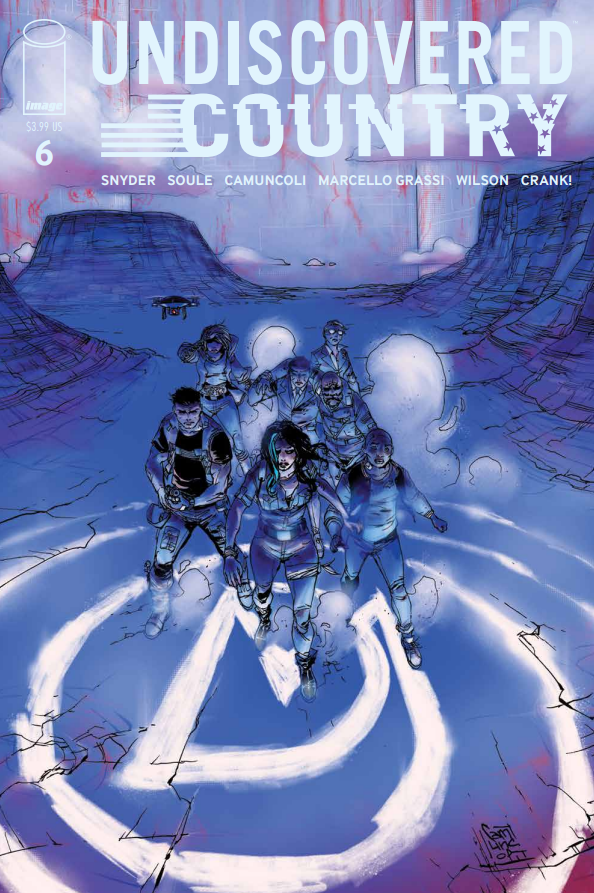 I do not think I will ever be able to articulate how wild Undiscovered Country is to read in this particular timeline, because it definitely feels like not that far of a departure from the United States’ current storyline progression that it makes sense that we would eventually raise giant starfish to ride the walls alongside other wild mounts, although maybe I am getting ahead of myself.

Undiscovered Country #6 continues a proud tradition of serialized science fiction and six issues in, the series continues to be profoundly ambitious from its over the top banter and quips and repurposing of iconic Americana to create some of the wildest comic spreads that I have ever seen.

Given the nature of the story, it’s difficult to talk about the specifics that happen within the chapter without spoiling the best parts. But needless to say, Snyder and Soule have managed to weave such a compelling narrative with each member of the ensemble having moments to shine and the worldbuilding of the sealed United States is spectacular. 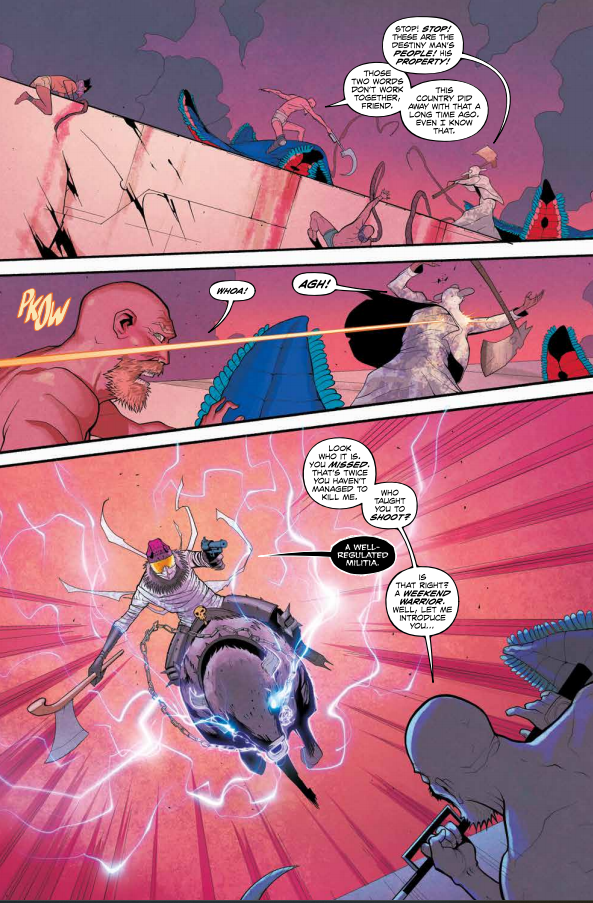 There is a playfulness with the campy lines that are uttered with a deadly seriousness that just resonates, and the continual struggle of the exploratory group to survive in such a buckwild world is awe-inspiring.

This buckwild world is also worth highlighting from a visual perspective since Camuncoli and Marcello Grassi are fabricating truly outlandish set pieces that help truly convey the wild land that is Destiny and its inhabitants, and their art remains one of the main draws of the comic. This is truly a tale that benefits from the stylized visuals and the resulting product speaks for itself.

So, as the arc comes to an end, I wait in anticipation for the next chapter and the drama and examination of American mythos.