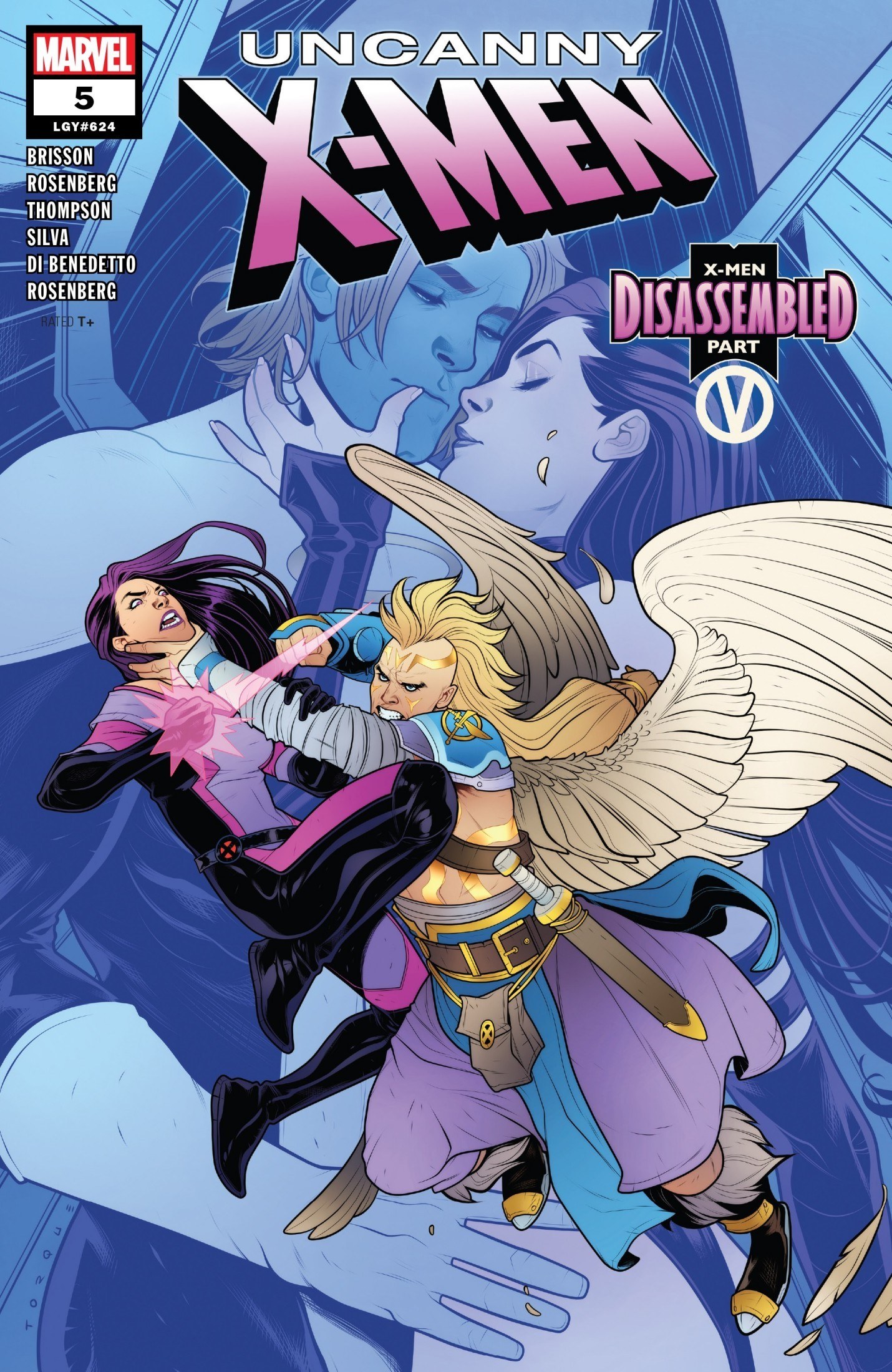 The arrival of issue five in the Uncanny X-Men revival signals the midpoint in the current weekly arc. Currently, Nate Grey intends to save the world from itself by any means necessary. Responding to worldwide phenomena enacted by his Horseman of Salvation – Magneto, Blob, Omega Red, and Angel – the X-Men find themselves in the midst of a generational divide.  While the veteran members, led by Jean Grey and Storm, want to take the fight directly to X-Man, the X-students go against orders and decide to help Legion instead.

Nate Grey is humanity’s last hope to save it from itself…according to him, at least.  In order to fairly execute his utopian vision, Nate Grey appoints his kidnapees Kitty Pryde, Apocalypse, and Senator Allen as his Council for the improvement of humanity.  Pryde finds the entire ordeal ridiculous, but Nate Grey has no time for doubters.  Proud and direct as ever, Apocalypse advises him that “If you want to save the Earth, you must cleanse it of its delusions of holiness.” Grey responds with not even a strain to his abilities. 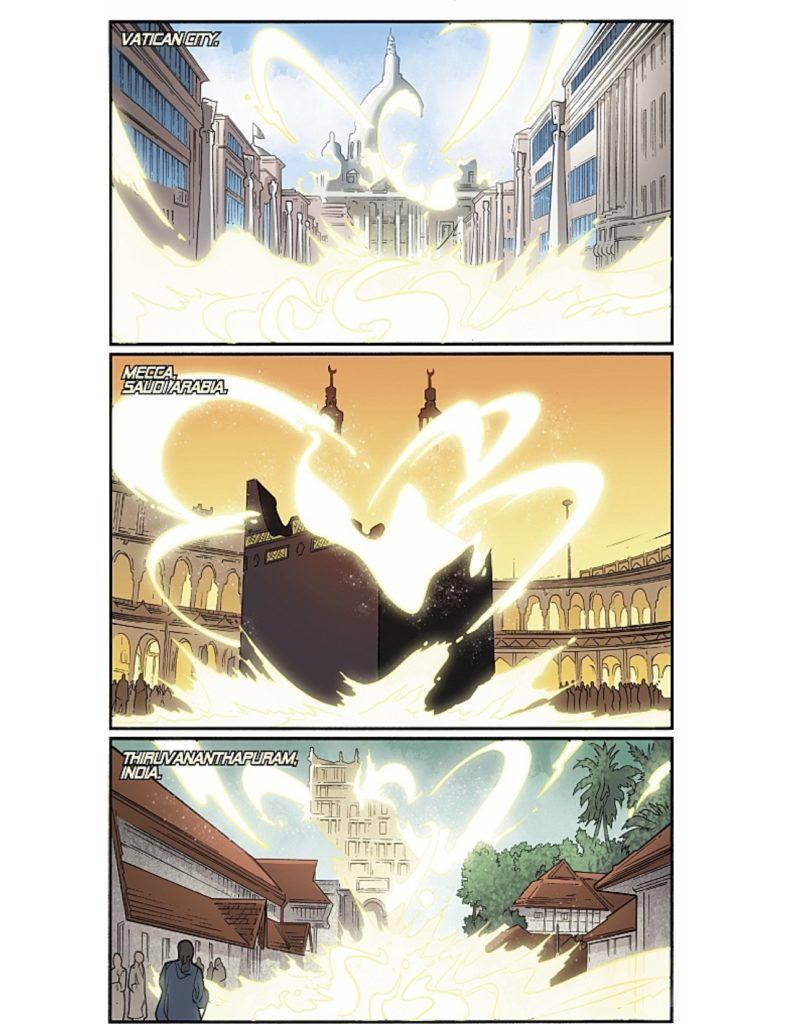 Meanwhile, Jean and her team rescue oil rig workers off the coast of Louisiana. Instead of a wake of destruction, however, the Blob and Omega Red somehow allowed nature itself to reclaim the rig.  As if summoned from the ground of the ocean itself, an entire ecosystem of life and land mass overtakes the former drilling station.  On the other side of the world in Chernaya, Storm and her team attempt to keep peace in a popular revolt triggered by Magneto taking away the military’s guns. His powers seemingly enhanced by Grey, Magneto holds off the combined powers Polaris and Storm with the greatest of ease.

As the strike forces fight, Beast continues the investigation into who was responsible for stealing and distributing one of his serums for the manufacturing of the x-gene suppressant. At the Xavier Institute, X-students Amor, Glob, Rockslide, and Pixie help Legion to access Cerebro in order to find Nate Grey.  They even go so far as to convince Jamie Madrox to help them.  Unbeknownst to the elder X-Men, their overly ambitious students are foolishly setting the stage for disaster. 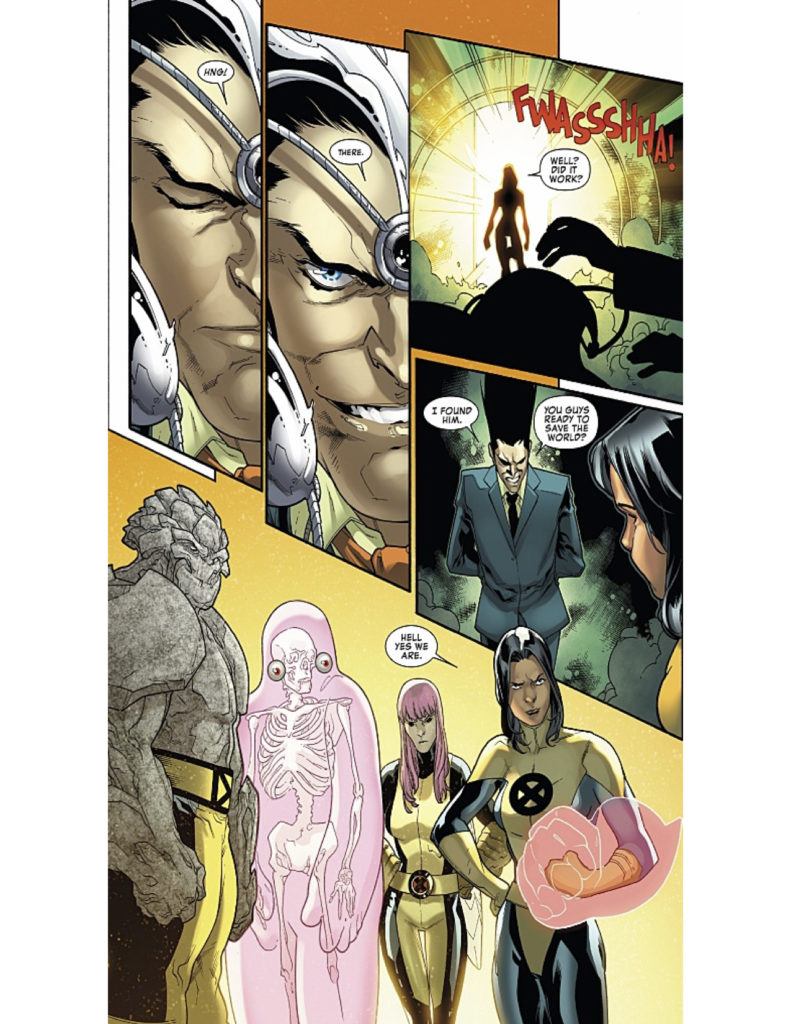 The “Disassembled” arc is proving itself to be an exciting, leaner, and more focused read as it hits issue five. The climax of this issue finds the X-Men so desperate that Psylocke and Cannonball work together to summon Archangel to reach past Angel’s mind control. This and the looming excitement for an encounter with Legion and Nate Grey feels like an Akira level cataclysm worth sticking around for the next chapters. At this point, the three writers – Brisson, Thompson, and Rosenberg – have congealed their disparate voices and styles into well paced and compelling read.

A collision of beyond omega level mutants, schizophrenics and self-appointed deities amongst them, means that the X-Men probably won’t be playing baseball anytime soon. Maybe next year.