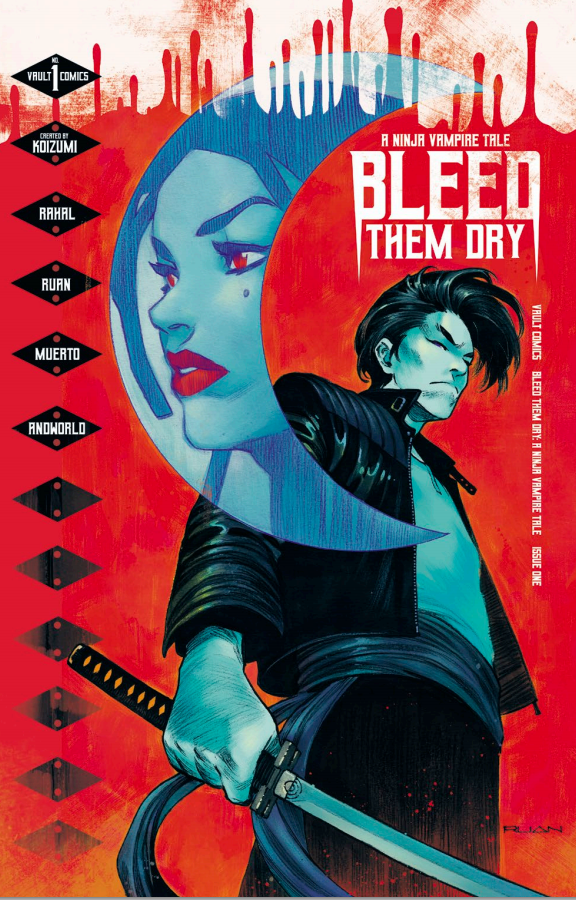 Whereas some science fiction comics revel in the elaborate worldbuilding in their inaugural issue, Bleed Them Dry instead opts to just casually state that vampire exist in the future and proceeds to continue on its merry way of blending all of the greatest parts of cyberpunk, ninjas, and vampires without a care in the world. This is the double-edged sword that creator Hiroshi Koizumi, writer Eliot Rahal, artist Rahal, and colorist Muerto wield in unison. On one hand, it’s a bit of shock to be in the year 3333 and there are vampires just living their lives. On the other, unburdened by long expositions and an imagined history, the creative is able to fully embrace the wildness of the world and let the audacity of this vampire ninja tale speak for itself. And dear readers, it’s saying that the team is here to have fun.

While there aren’t specifics of how exactly we ended up in a Japanese mega-city called Asylum, the story does manage to create an evocative world. The cityscape has a distinctively futuristic look with its odd geometries and beautiful technicolor. The vampires contrast quite nicely with the humans having a distinct aura around them accentuated by both Ruan’s artwork and Muerto’s colors. And lead detective and lead of the story, Harper Halloway drives the story with her narration and presence, and while I got questions about how law enforcement has somehow managed to make it to 3333, it’s nice seeing a Black woman as the focal character of the story. 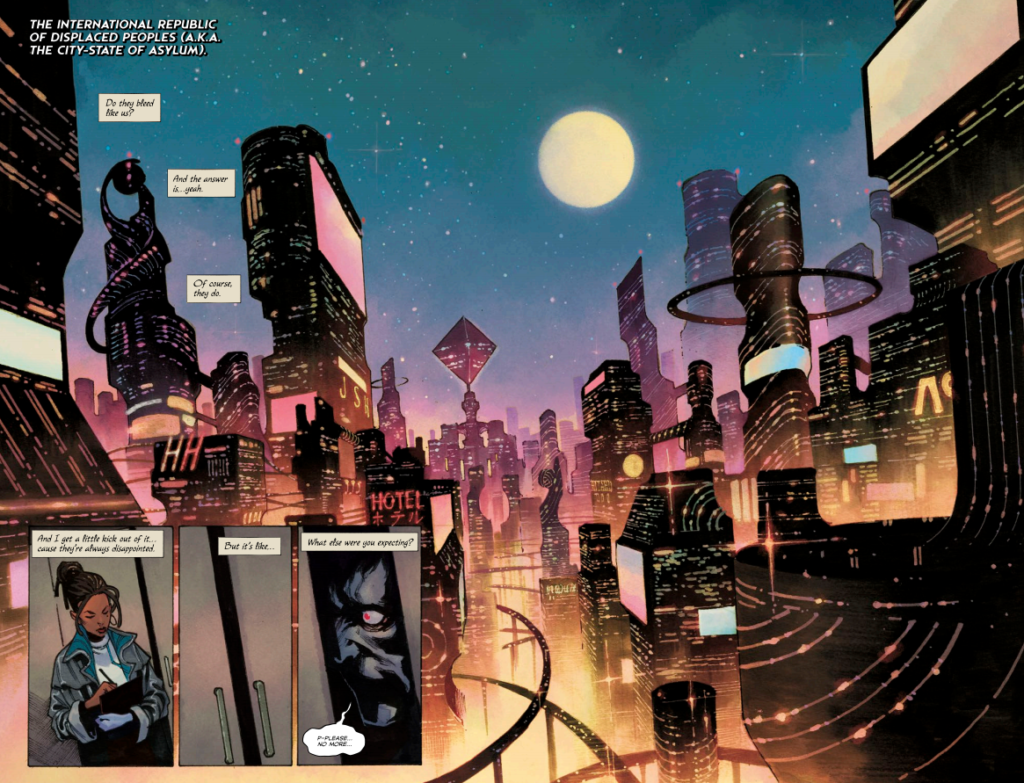 Bleed Them Dry feels energetic. It fully embraces the inanity that comes with the tagline: “A Ninja Vampire Tale.” It’s almost perpetuating the suspension of disbelief simply by moving gracefully to the point where you’re just not concerned about the falling. It’s a beautiful comic that evokes all of the elements of all of my genres, and even if I have a hundred questions about the world, I also have confidence that the creative team has all the answers. There are small details that will emphasize how much thought they put into the world and that they will reveal everything in due time, and I’m willing to follow them through.

This was not what I was expecting from a #1, but it’s kind of exactly what I needed. A head full immersion into a vibrant new world that utterly captivates me. This is gonna be a series worth watching, and I’m excited to see what the second installment brings.If I get just a little bit more grounding, I’m going to start proselytizing aggressively. Until then, just some light encouragement to put Bleed Them Dry into your pull.