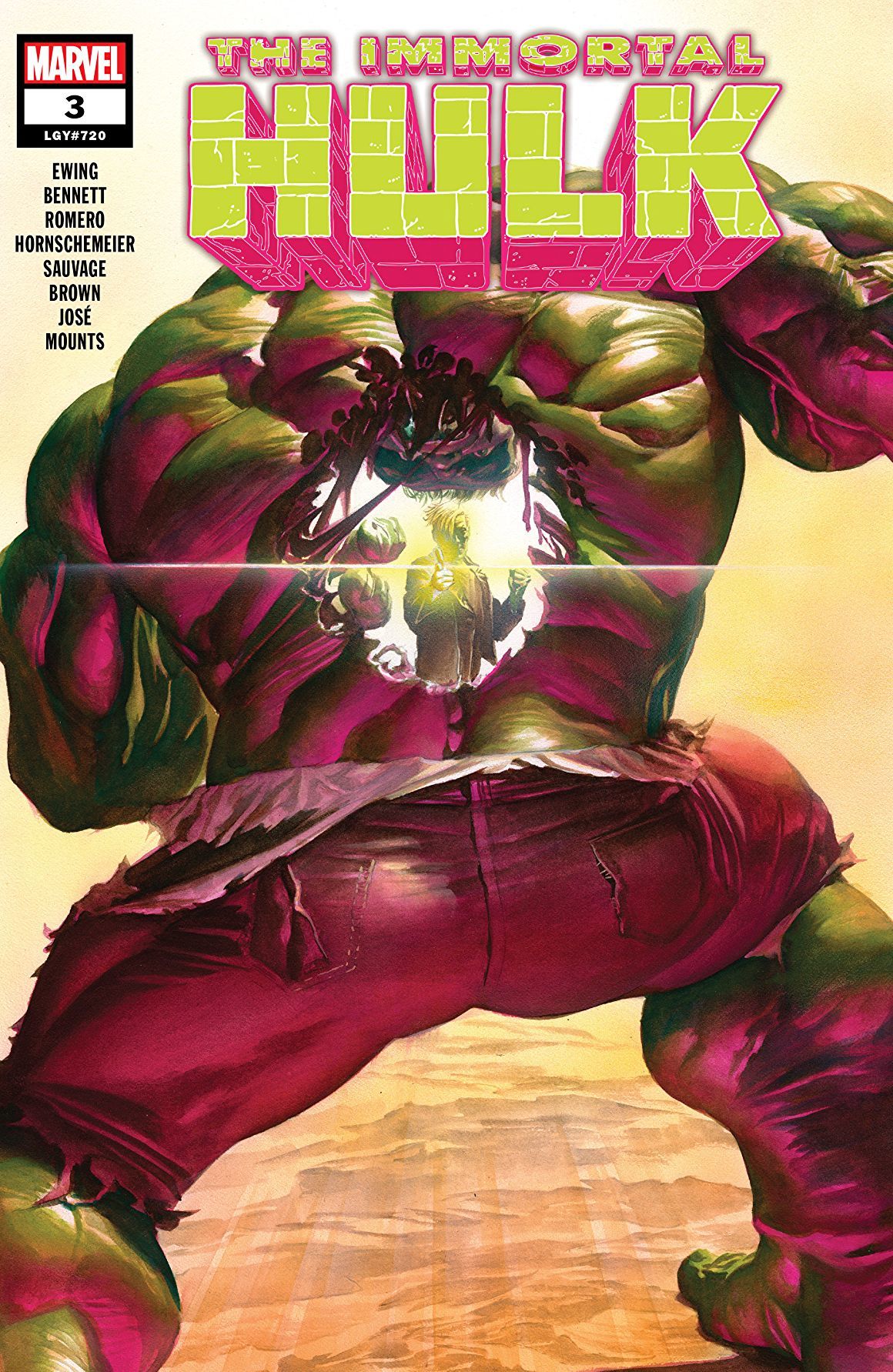 I didn’t expect something like this in the third issue of The Immortal Hulk. A kaleidoscope of artists are brilliantly used to tell Banner and the Hulk’s latest tale. If there is a recurring theme that Ewing keeps using, its perspective. First, from the point of view of the Hulk, then Banner, and now the people in their path. 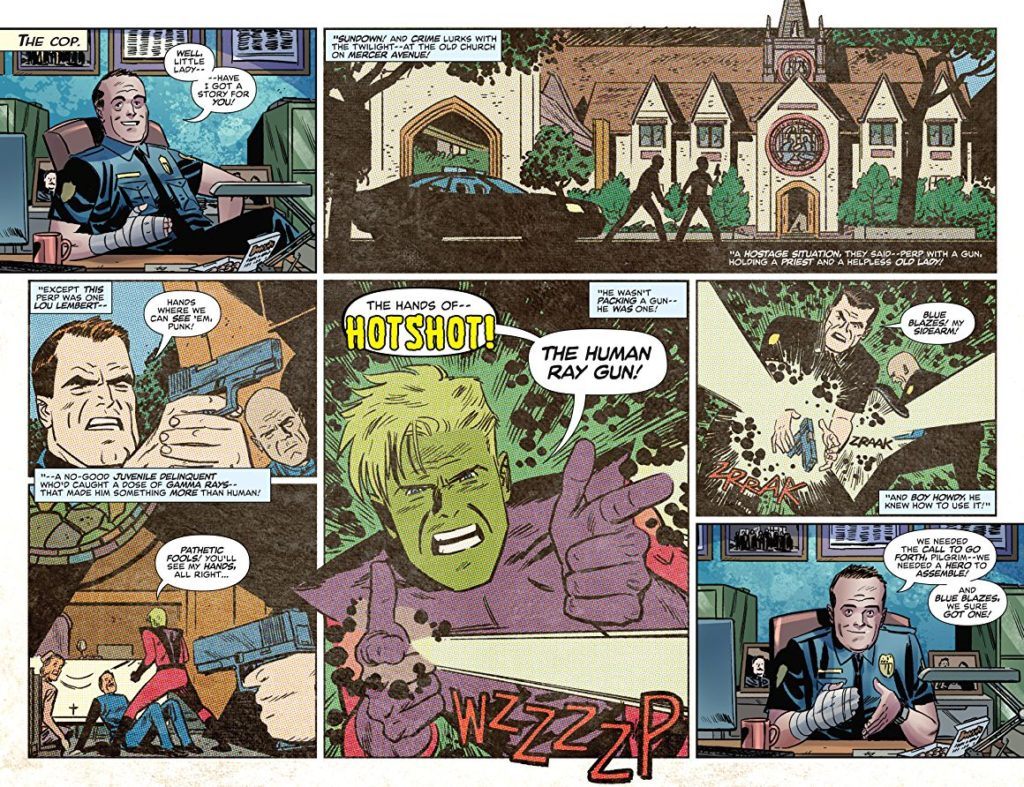 The book strays a bit off the beaten path by toning down the horror theme a bit. Instead, we get to see how other people view the Hulk and the ongoing events around him. It’s definitely a treat to read as each artist is given a character and they either make the Hulk look like his classic incarnation or his world look like he stepped into the middle of a romance novel. It does a great job of painting Banner and the Hulk in a different light while at the same time giving us a great interpretation of the classic unreliable witness. 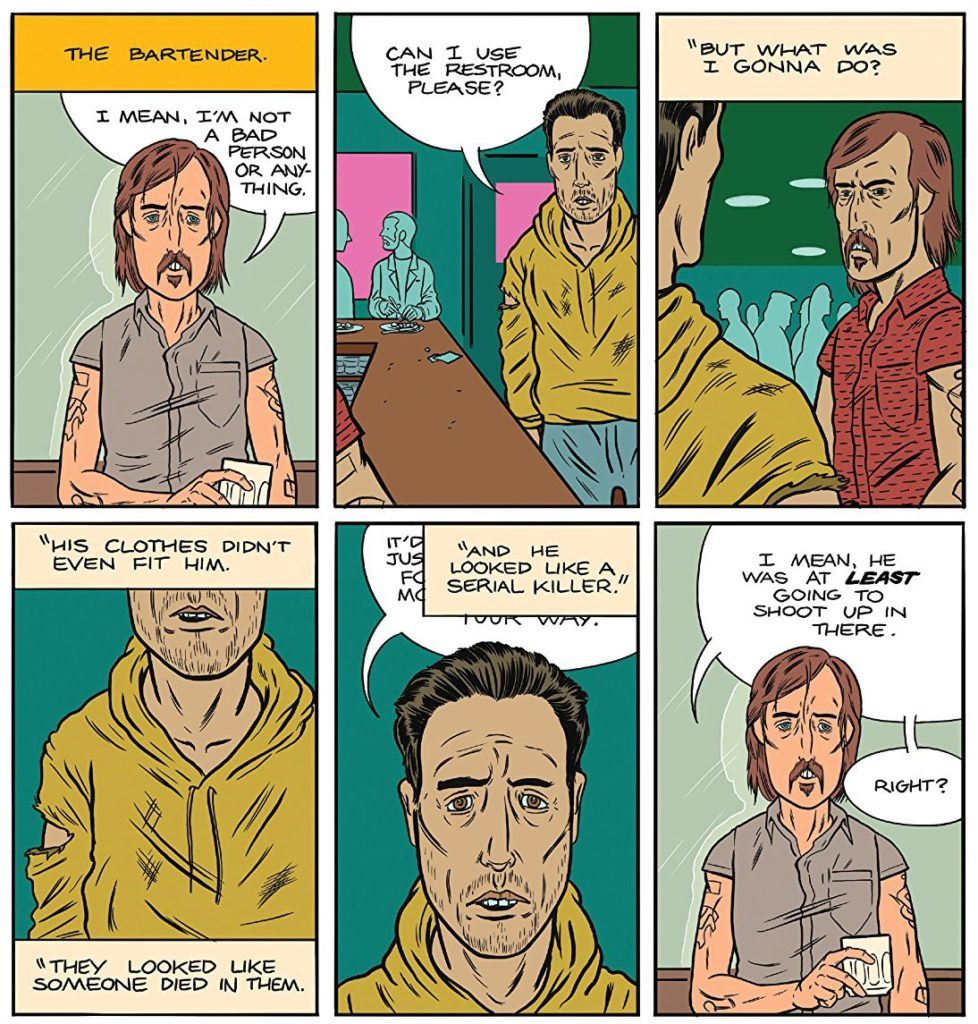 As far as the story goes, something is definitely brewing. Ewing is planting the seeds for a deeper mystery through the incidents that the Hulk comes across. More than that, we’ve not only learned that the Hulk is smarter than Banner, but that he has been leading him into these situations on purpose. It will be interesting to see where this mysterious thread leads as we get further into the story.

The Immortal Hulk is by far my favorite interpretation of the Hulk in a long while. And we are only three issues in! Ewing puts a lot of thought into the character, his history and telling a compelling story. While experimental narrative we get for issue three, I hope he keeps moving more towards the horror aspect of The Immortal Hulk and the tales of this brutal Avenger.