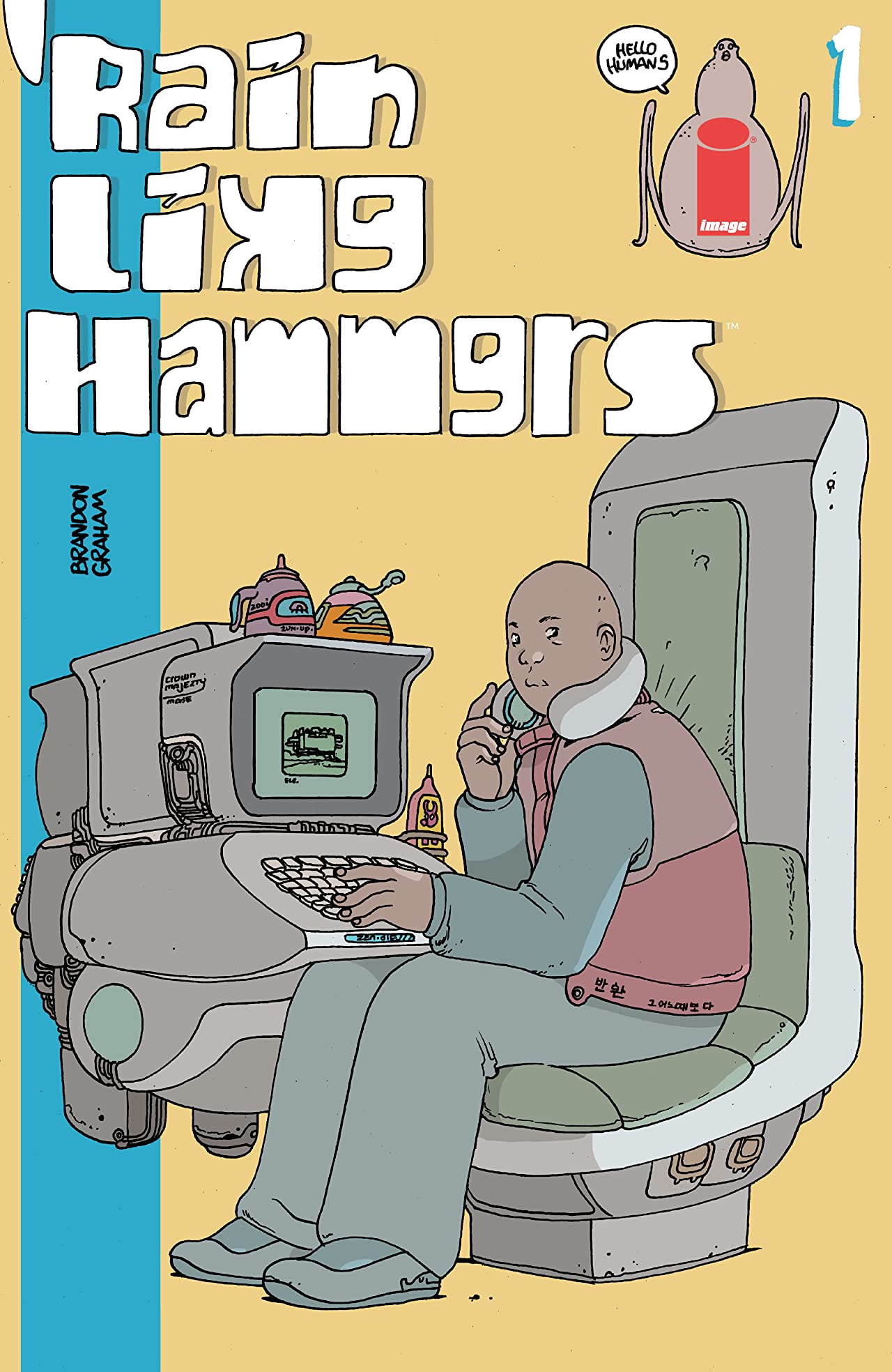 I’ll be the first to admit, when I first saw the pages of Rain Like Hammers I was kind of taken a back by the art style. And I think it was because how “wavy” everything felt. There was a quality that I was not to use to parsing. Big block letters with long curves. A softness in the features of the characters. But every page I turned acclimated me more to the wandering city of Elephant and endeared me more to Eugune, and by the end of the oversized first issue, I was completely floored by how Graham had crafted one of the most relatable, most realistic depictions of the nebulously defined future that I think I’ve ever read.

Graham’s depiction of the future isn’t fundamentally different from our own existence. People go to work. People get bombarded with advertisements on their screens. People move to new cities and reach out to the people in their old lives and make smiles. The set pieces and methodologies have evolved, but the core of the action is unchanged. And we follow Eugene as he goes about this day doing all of these simple, mundane tasks, but damnit if it isn’t the most riveting thing, especially since there is just a hint of something coming to upend the entire status quo.

Graham is a fantastic comic book creator, who knows when to let his artwork shine and how to accent the image with just enough text. The writing is conversational, inviting, and insightful. There is a lyrical quality to the melancholy, the sameness of the days. But we see the strange world through Eugene’s and the narrator’s discernment and all of the weirdness of the future is just normal, and that is an oddly comforting approach to the bizarre that is the future and potential of aliens.

Graham does fantastic work with the visual language of his world and his distinctive style leaves a lasting impression that sits with you in the best possible way. It is engrossing and engaging and is a perfect slow rollout of a story. Rain Like Hammers has a very specific energy that I am very specifically vibing to, but I’m really excited to see how the rest of the mini-series unfolds.

9.7 “Distant-Future Vending Machines” out of 10