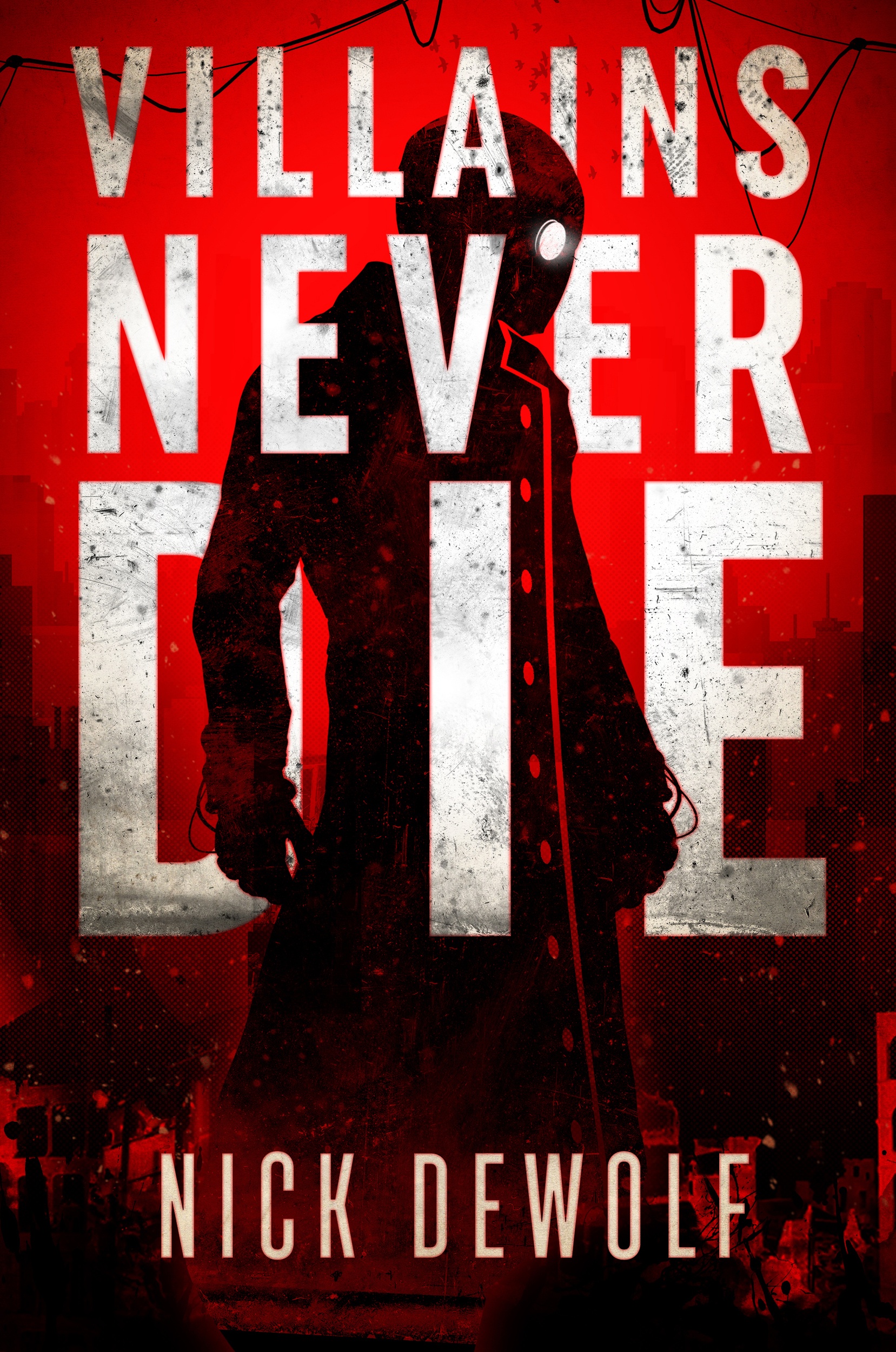 I love the fantasy genre but sometimes it can get a bit repetitive, formulaic, and stale. So, when an author takes a chance and changes the formula or kills off whole swathes of characters (*cough* Red Wedding *cough*) I tend to take notice. I like a break from THE QUEST to get THE THING that saves THE WORLD from the BIG BAD (TWIST). When that book is also well written, full of action, has great pacing and introduces several well fleshed out POC’s as main characters, the book moves beyond palate cleanser and dances straight into the realm of molecular gastronomy at the literary level. Such is the case with Villains Never Die. I flew through this book in record time; I didn’t want to let it leave my fingers. The story of villain and hero is intertwined and complicated without becoming confusing. The moral dilemmas and personal ethos of all involved are so grimdark-esk, even Joe Abercrombie would be pleased with the shades of grey and moral ambiguity our protagonists and antagonists find themselves in.

There are a quite a few simultaneous storylines in Villains Never Die but I would like to focus on the care and character building that DeWolf takes with Danny Endwright. He eventually (inevitably?) becomes Doctor Dendrite, main antagonist. I use the term “antagonist” instead of villain quite intentionally. I can’t quite bring myself to call Dendrite a villain. He engages in behavior that teeters from the understandable to the sociopathic but at each step of the way we see how he was driven there by The System. But what makes Dendrite’s case intriguing is this isn’t just a system that creates a “villain” or “monster” by abandonment, by “letting him down” or by proxy. The System creates Dendrite through active praxis via a series of escalating events that lead him to an understandable eventuality. Dendrite isn’t looking for revenge, he’s looking for justice. He just has the drive, focus and sheer force of will to be willing to let that search for justice take him anywhere, even the cold, dark paths that heroes usually shun.

“He just has the drive, focus and sheer force of will to be willing to let that search for justice take him anywhere, even the cold, dark paths that heroes usually shun.”

DeWolf leads us through Dendrite’s story without ever patronizing or overly victimizing Dendrite. The circumstances of Dendrite’s radicalization will seem all too familiar to any person of color who has ever felt like they’ve reached their breaking point with the daily micro-aggressions of a society that wasn’t built for them. The System created an environment hostile to Danny Endwright. When he overcomes that hostility to become successful, that same system quite literally robs him of his future. Langston Hughes has a quote that sums up Danny’s metamorphosis to Doctor Dendrite. You know this one: “Negroes sweet and docile, meek, humble, and kind: Beware the day they change their minds.” Danny Endwright changed his mind and became the monster under the bed, Doctor Dendrite.

I found myself rooting for Dendrite at multiple places throughout the book, because his demands seem quite simple and reasonable. And as a Black man in America I can understand his idea that “I WANT WHAT YOU STOLE FROM ME”. It leads me to wonder, if given the resources and intellect of the good doctor, how many of us would make similar choices and be brave enough to be called villain. It’s the Eric Killmonger Dilemma, all over again. When pushed to a ledge what do you do? Some stand, some jump, some push back. Dendrite…pushes back with a laser-guided sledgehammer, and I’ll be damned if there wasn’t a small Fred Hampton shaped voice in my head cheering for him the whole time. The great bard from Queens, one Mr. Jeffrey Atkins once rhetorically asked a philosophical question: what do you do when they come at you? He answered his own question in the form of a mission statement: YOU GOTTA CLAP BACK. Dendrite takes all of his disappointment, rage, unequal treatment; he takes the years of microaggressions and oppression and he decides to neither cower or negotiate, he decides to clap back. It no surprise that The System within the book treats him as a dangerous criminal, The System often does when you challenge the status quo. We Americans like our victims soft and victimized. We don’t like it when the victims pick up flaming chainsaws and wade hip-deep through blood to wreak havoc and let loose the dogs of war. 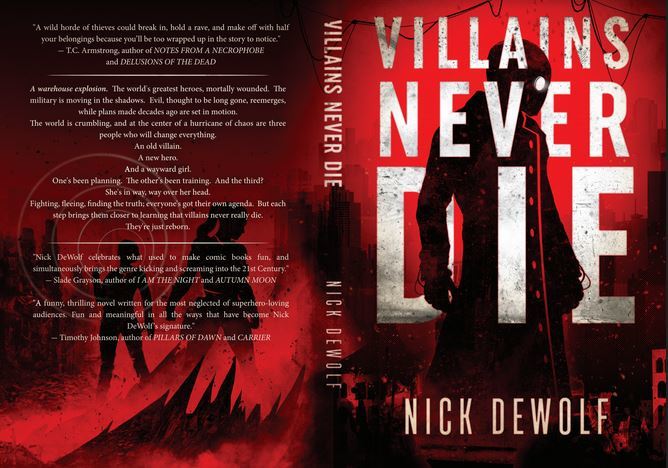 Sympathy for the Devil

This book deserves more than a read, it deserves more than a sequel. It deserves prequels, an HBO series and sociology classes devoted to the series of circumstances that drove mild-mannered Danny to become maniacal Dendrite. Did he cross the line? Yes, but Dendrite is aware of the times he not only crossed the line but hurdled it and then burnt said line to the ground. But even then, we see the shades of what Dendrite could have been. A kindly father figure to a girl who lost her own, a man who takes in the starving outcast who just wants to not be hungry, a man who believes in loyalty and has a strong sense of justice.

His story could have gone in a different direction had The System not failed him. I’ve always felt that you cannot victimize someone and then dictate to the victim the terms of their self-defense. It’s true that Dendrite goes too far, even he would admit that, but it easy for me to see the path he trod and wonder how many others would walk his road.

Don’t get me wrong, there are other interesting elements and stories and characters in this book. Dendrite’s personally touched me in a way I didn’t expect. I came to understand his motivations and sympathize with his plight but his isn’t the only story worth reading here. Wraith and Lux’s story of star-crossed lovers, Araknis’ story of abandonment, the young guns vs old guard epitomized with The Justice Brigade vs the ESOA. All make for a great novel.

There are many elements in Villains Never Die to keep you entertained, interested and turning the page to see what happens next. The only real point of contention I have with the book is that I would like a better idea of the magic system. The powers of our heroes and villains are glossed over but I can’t help but wonder if there is a larger Wild Cards-like explanation we are missing. Do only certain people get powers via natural mutation or all they all Hulk-like, gamma-ray accidents? Those questions and explanations are never fleshed out, but it could be the author is leaving those larger clarifications for subsequent sequels. But even that small critique doesn’t take away from the rest of the book. Overall this was a really good read and If I were forced to summarize it down to it most common denominator, I don’t think I could do a better job than the author in his dedication. It simply says:

For
All the Heroes who are a little bad
All the Villains who have a touch of good
And Everyone in between.

The book ends or doesn’t end quite cheekily. On the last page, after the last word and final punctuation mark it simply says, “THE BEGINNING”. The author’s way of telling us the story continues, the saga isn’t quite over and that the villain indeed never dies.

RATING 4.9 out of 5
Something Similar: The Reckoners by Brandon Sanderson or If I Were an Evil Overlord
by Martin H. Greenberg

Latest read: Villains Never Die by @nickdewolf So dramatic we had to shoot it in Black and White! The review is forth coming at www.BlackNerdProblems.com but the summary is: Get.This.Book. #Fantasy #Bookstagram #villains #SpecFic #FreshReads

Find the author Nick DeWolf on his Instagram page, purchase a copy of Villains Never Die on Amazon or your favorite book store.

See more reviews and book news via our Literature category.