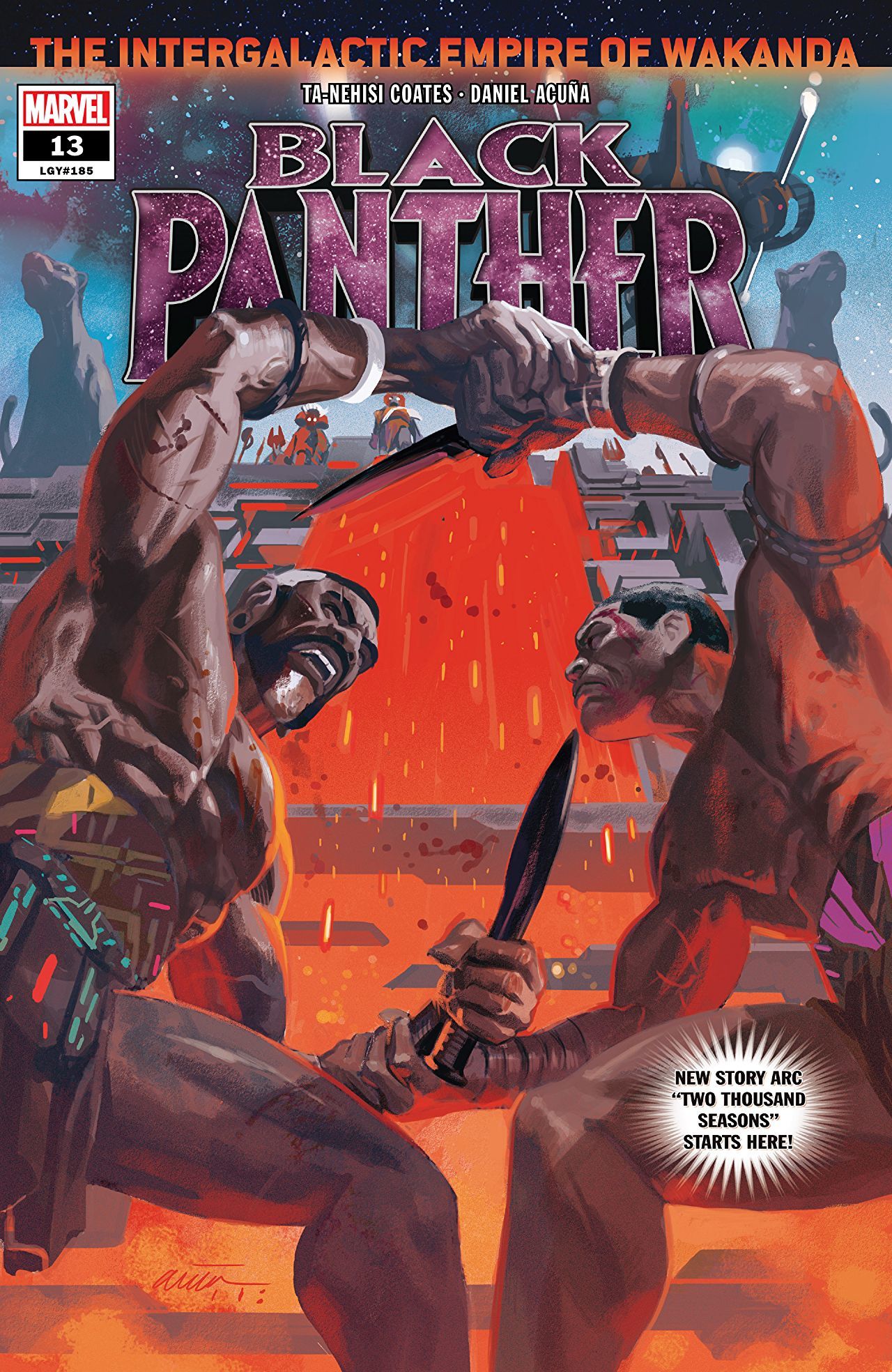 Issue #13 shows us that aboard the Starship Mackandal things are getting tense. The reclaiming of his memories has lit a fire in T’Challa to get back to Wakanda Prime on Earth, at the cost of the Mackandal’s power. Assistant to the Regional Commander M’Baku decides to tell T’Challa to stop using up his long-distance minutes, against Bast’s advice (who does that?). Then, the issue takes an interesting turn; M’Baku and T’Challa heatedly debate what a king should do for their people. This turns into a shouting match where M’Baku’s insecurities show through. Throughout this whole back and forth, T’Challa is still sending radio signals out to Earth. Then, out of the embers of that conversation, the energy goes from the dignified ‘the gathering of my name’ to ‘the whooping of that ass’! It’s dignified and filled with intense philosophical dialogue, but it’s a downright slugfest. 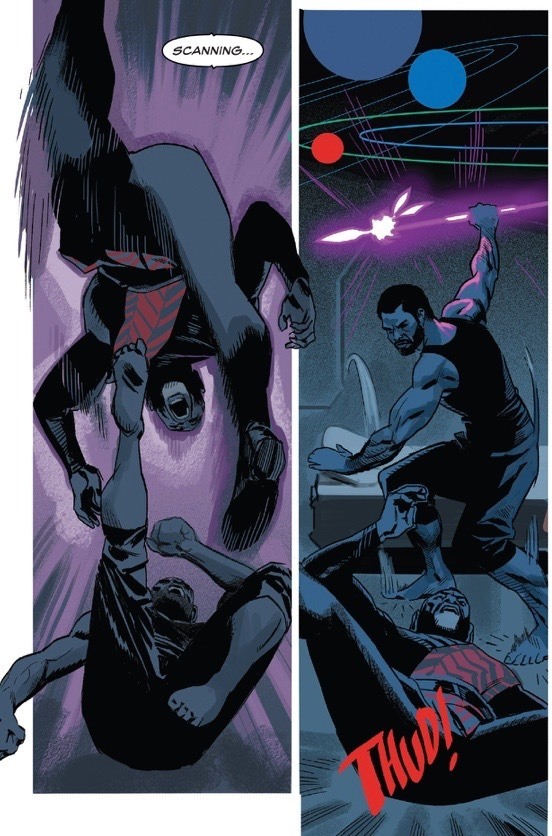 Coates’ political discourse asks a sensitive question to a nation recovering from a painful civil war and the trauma of two full-scale wars with the Skrulls and Atlantis. Esteemed counselor Kojo is having a serious philosophical debate with Storm, known in Wakanda as the Hadari Yao (aka Muva Nature of the Uncanny House of X), who is in the building doing humanitarian terraforming. In T’Challa’s absence, the further strengthening of Wakandan resources adds fuel to issue #13’s ‘do we really need a monarchy?’ argument.

Coates plays a great game with the readers’ perception here. The parallels in the Storm/Kojo conversation with the M’baku/T’Challa argument are well-designed and give the reader the idea that maybe T’Challa or even the monarchy isn’t the answer. Presented in a frenetic back and forth between the Mackandal and Wakanda Prime, there is no preparation for the moment Queen Mother Ramonda responds to T’Challa’s call. 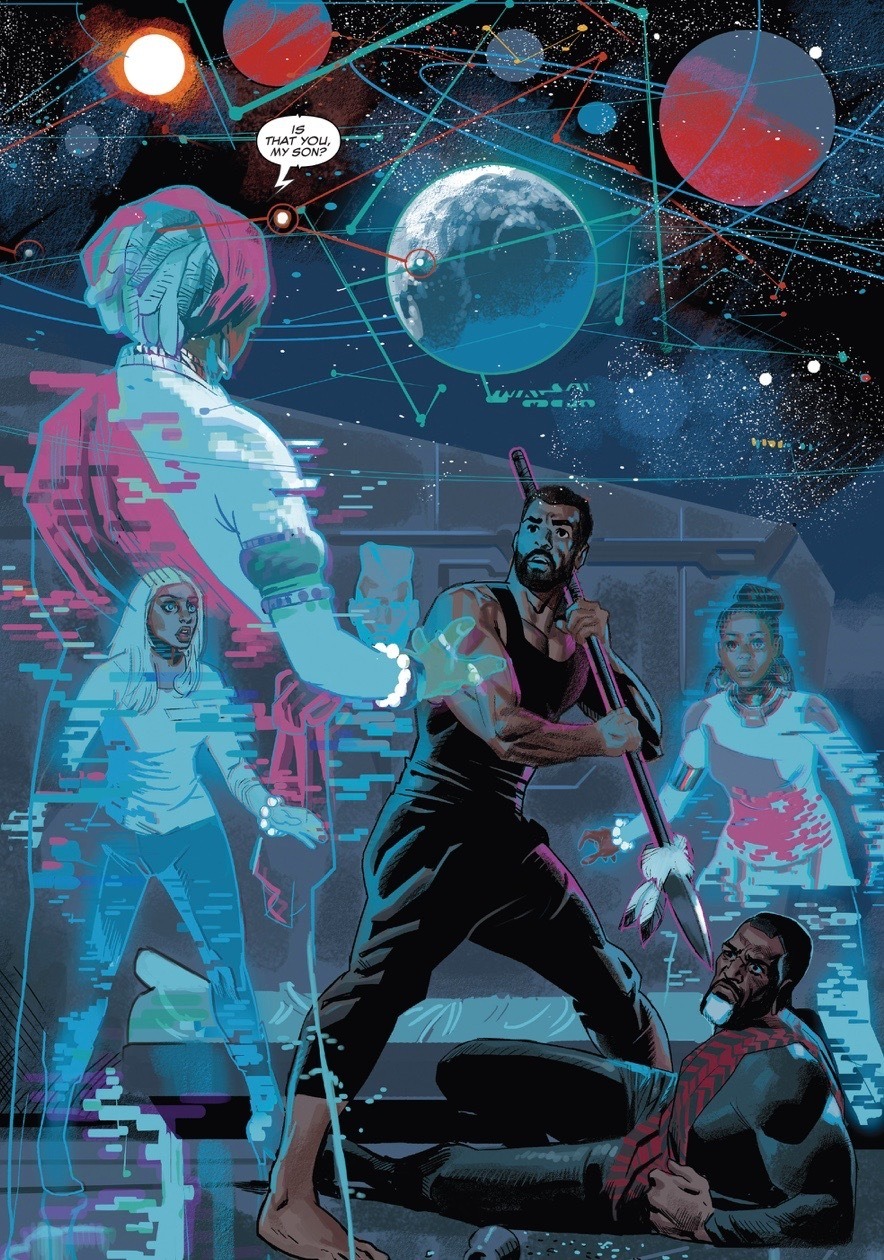 Daniel Acuña is back in the driver’s seat on the artwork, and he delivers a beautifully shaded issue for Black Panther. The Black hair realness is at peak levels and to be honest the use of blue hues in the space sections made me wish Acuña had been asked to do the lighting for Lucas on Stranger Things, ‘cuz damn. Issue #13 legit has an aesthetic the looks inspired by Barry Jenkins’ Moonlight. Honorable mention: they had Shuri looking like a badass in just two panels! Acuña made her come across in this like a leader with a heavy crown. 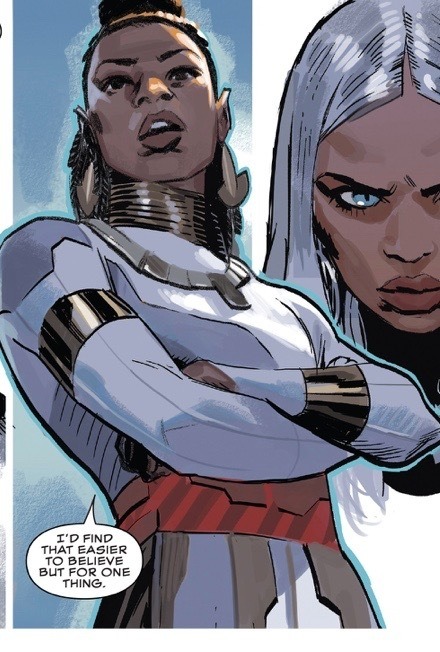 Black Panther #13 continues the arc firing on all cylinders, may Bast forever shine a light on this character and the world of Wakanda.

7 long-distance calls out of 10