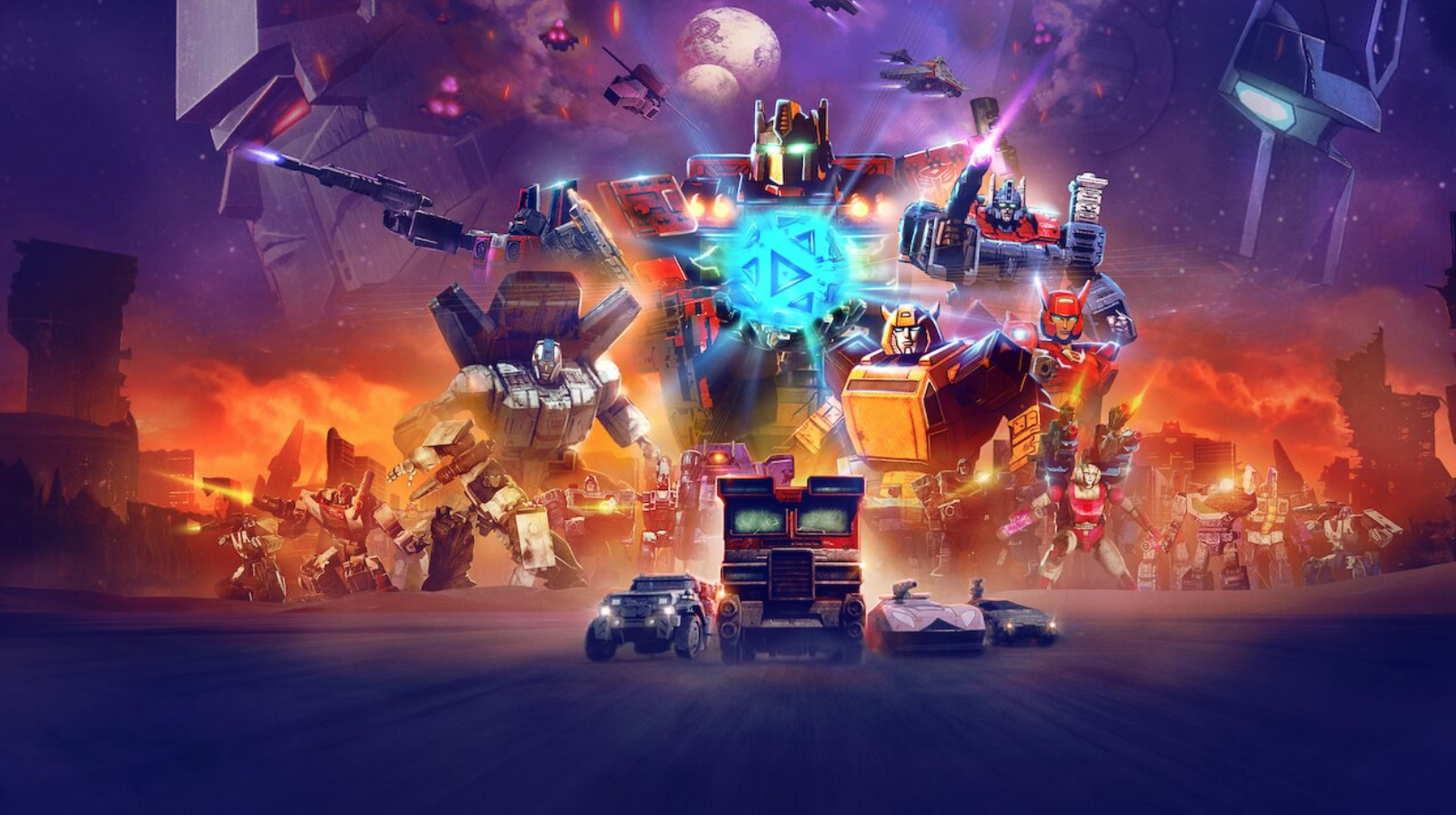 Transform and Roll Out

Cited as a Netflix Original Anime, War for Cybertron: Siege is a ten-episode masterclass in reclaiming nostalgia. The first in a planned three-chapter saga chronicling the past, present, and future of the techno-organic planet and the war it birthed. A tight and well-paced collection of twenty-five minute episodes that play to its’ strengths and infuses the backstory needed to carry three decades of existence in the public eye. This ain’t your nibling’s Transformers. Off the bat from the trailer, we’ve already seen how dark things are – this is war, and it is ugly.

‘Til All Are One

Transformers is one of those properties that exist as cross-platform media. So, there’s the 2D cartoons, the CGI shows, the animated movies, the live-action movies, the video games, the comic books, even some novels. From its roots as a story commissioned to Marvel Comics writer Bob Budiansky to accompany the toy line, the lore has been all over the place. Siege takes all of the lore that has existed over thirty plus years, takes what works and lets everything else fall away. From the original through to the Michael Bay films, none of their Deus Ex Machina is off the table. So, The Matrix of Leadership, the AllSpark, and the Alpha Trion protocols are all in play and it only enriches the world-building of the Transformers universe.

Made of Sterner Stuff

What folks may not remember is that most of what we know about the war between Autobots and Decepticons on Earth happened millions of years ago. Optimus fled Cybertron with his people to avoid being eradicated by Megatron’s forces. The real tea is that the war goes back even further than that, to Cybertron itself. Sparked from a gutsy slave rebellion by a group of Transformers, labeled by the aristocrats as Decepticons. In this telling, the AllSpark is the robot afterlife, the cloud if you will. All of the wisdom and skills of previous leaders resides there and is accessed via a module called the Matrix of Leadership.

Coronation? This is Bad Comedy

In Michael Bay’s ‘interpretation’ of the lore, the war drafted humans throughout history in an effort to protect the AllSpark. In Bay’s movies, the AllSpark is a ‘relic ex Machina’ that Optimus keeps hidden from Megatron on Earth. There are some decent references to the source material, but altogether it’s entertaining but weak (especially those terrible Black stereotype sourced twin bots in the second movie voiced by Tom Tenney).

One Shall Stand, One Shall Fall

Combine all the lore over the years and you get this distilled and streamlined delivery from Netflix. War for Cybertron: Siege is an epic, gritty, and grounded sci-fi epilogue that does not let up. Just like the 1986 animated movie, Transformers get got. So many bots get bodied it really drives home a point, in war there are casualties and this one is no exception. Don’t get attached to ANYONE. It’s really Game of Thrones on Cybertron! For veterans of the franchise, this is it – the Transformers we deserve.

The narrative is top-notch and we finally get the rivalry of all rivalries: a young, barely capable Optimus Prime set on doing what he must for the good of Cybertron. But the real treat is Megatron. He comes across as a complex and true leader, gone is the maniacal villain who just wants to make the Autobots suffer. Siege enlists a tortured war hero who is against the status quo and has a vision: for the good of Cybertron. Rooster Teeth brings the fluid and dynamic CGI animation skills that made RWBY a cult classic to the production. Every battle looks and sounds (you know how important the sound effects are!) amazing and feels high stakes.

They brought EVERYBODY out the woodwork for this one! Ultra Magnus, Skywarp, Moonracer, Cliffjumper, Wheel Jack, Shockwave, Elita, Arcee, Omega Supreme, and even more deep cut characters and references. There is so much room for the War for Cybertron trilogy to bridge the generation gap and be great. I am hyped to see where it goes from here. Siege is a must-see for any Transformers fan, old or new.