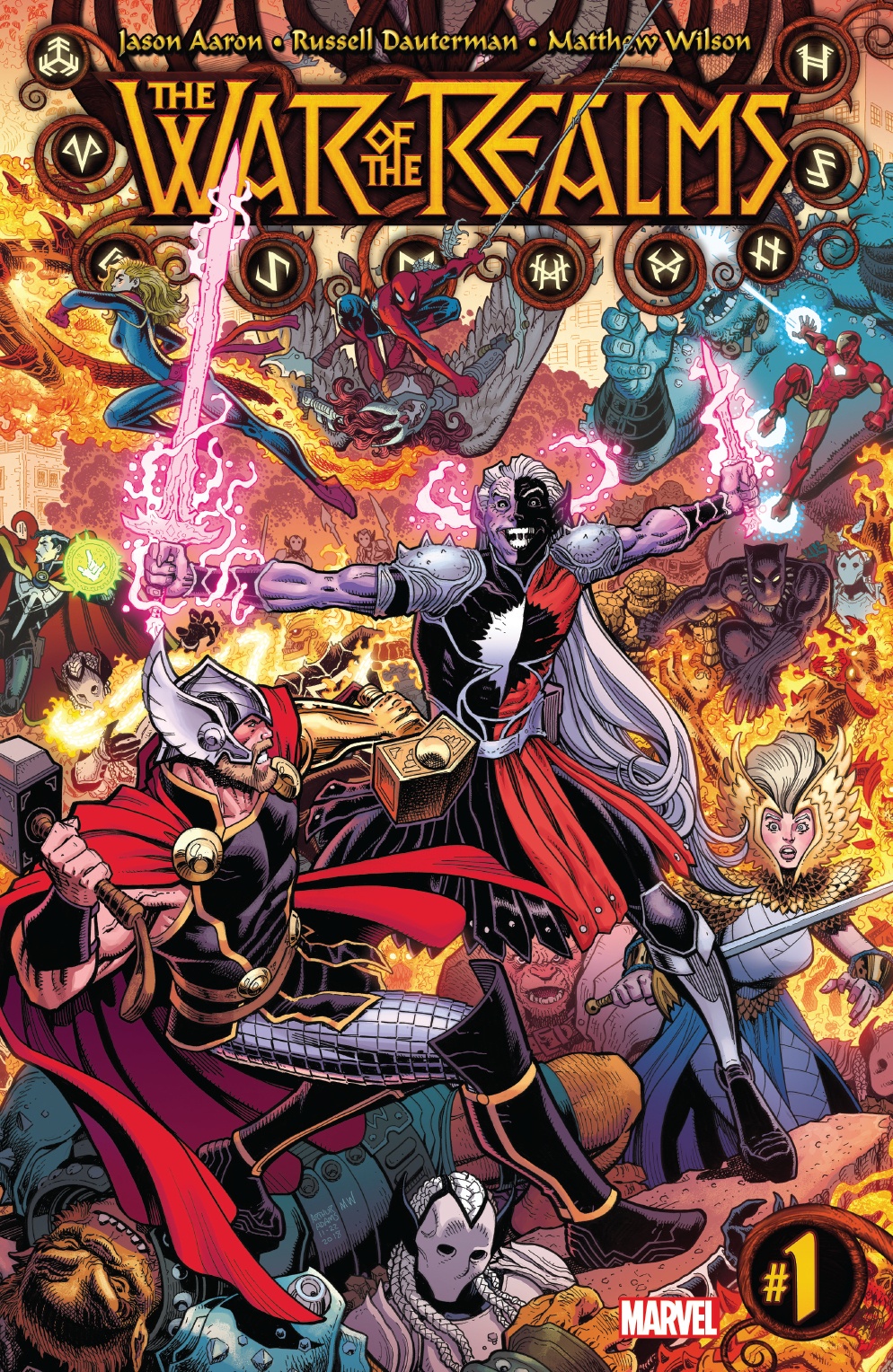 I want to be really sad because the first issue of War of Realms marks the beginning of the end of Jason Aaron’s rather legendary run writing Thor. But I can’t even amass the tears because this book is so good. It’s rare that a comic event starts off so strong but here we are. Aaron wastes very little time setting the scene or getting the readers up to speed before the storm. There are ten realms…Malekith and the dark elves have laid waste to most of them…and they’ve saved the best for last: Midgard (Earth). The War isn’t coming. It’s already over, the bad guys won and Earth is the trophy. That explanation takes maybe a page or two. After that, the book gets right down to the violence and making this war everyone’s problem.

Aaron’s portrayal of Malekith is as slithery and vile as ever, fun to read at every turn. But the king of the Dark Elves isn’t the only attraction. As far as characters, Aaron has a lot of irons on the fire and manages to make them all entertaining whether they have one line or one hundred. As good as Aaron’s script is, the real MVP here is the return of Russell Dauterman’s artwork. Don’t get me wrong….Mike Del Mundo has been doing a stellar job on Thor, but when we’re talking about the end of an era, Dauterman was the glue of the Aaron run, responsible for so many iconic moments. It’s great to see his brand of color and whimsy even when it’s depicting such wanton destruction. Also, Dauterman’s jacked ubermensch rendition of the Punisher was an absolute delight. 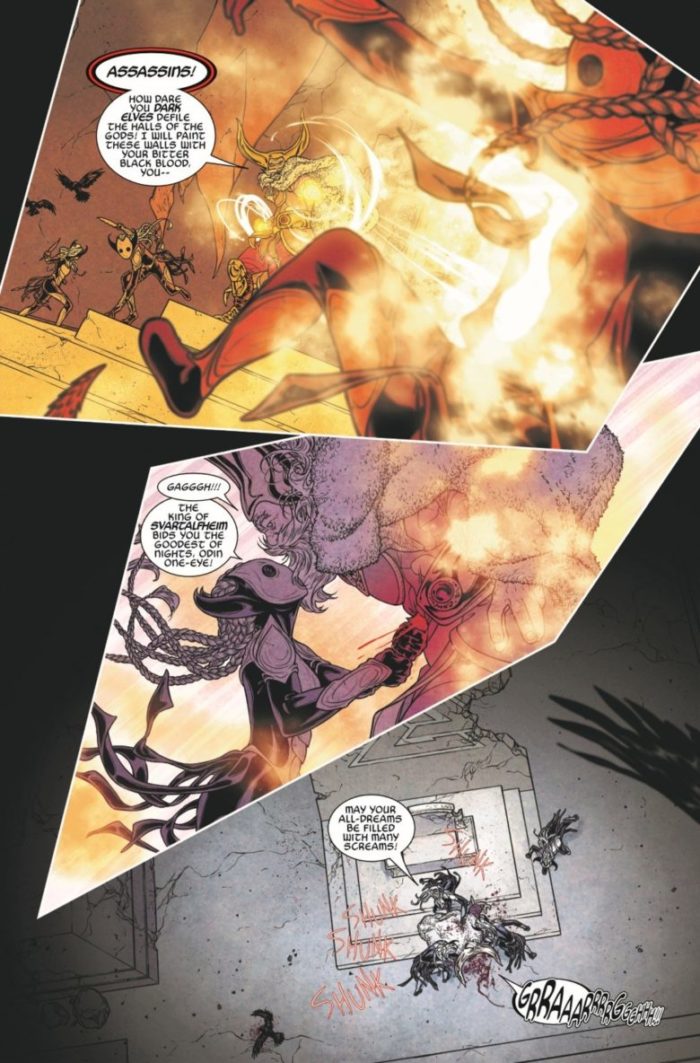 Bottom Line: This event is off to a strong start closing out Aaron’s time in the ten realms with a bang that could be heard clear across the Bifrost.